The stadium development at Exeter City Football Club is now in its 60th week and the contractors remain on target to complete the works by the end of the first week in October.

Excellent progress continues to be made on the £3.5 million project, which includes the new Stagecoach stand and away end at St James Park. 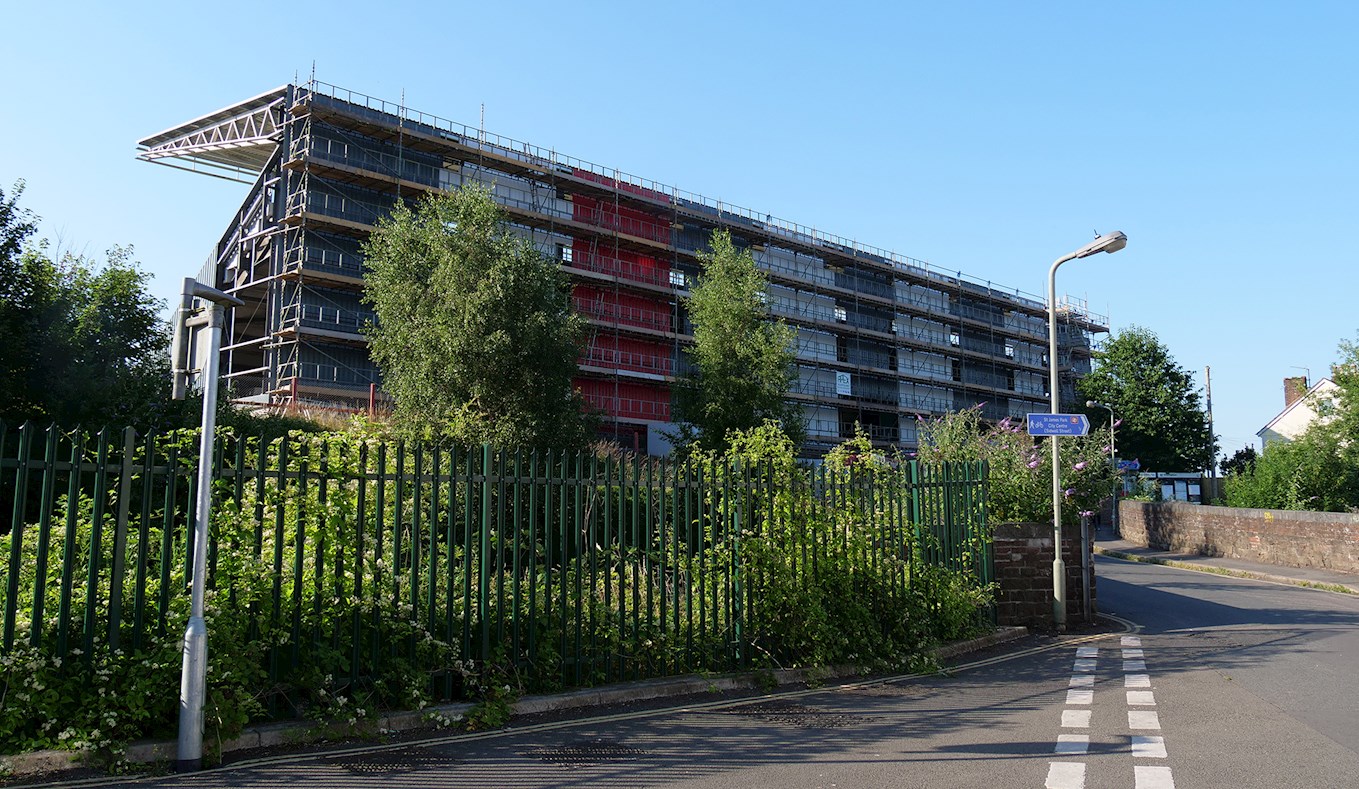 The club must adhere to regulations set down by the Safety Advisory Group, which works to ensure the safety of spectators at sports grounds. If the contractors meet their completion target, there will be a phased opening programme over the October fixtures as the club undertakes the remaining fit out works. Details will be announced as soon the dates can be confirmed.

This month the steel frame and precast concrete units on the new Stagecoach stand have been completed, mastic has been applied to seal the terraces and the concrete floor to the Undercroft has been laid. 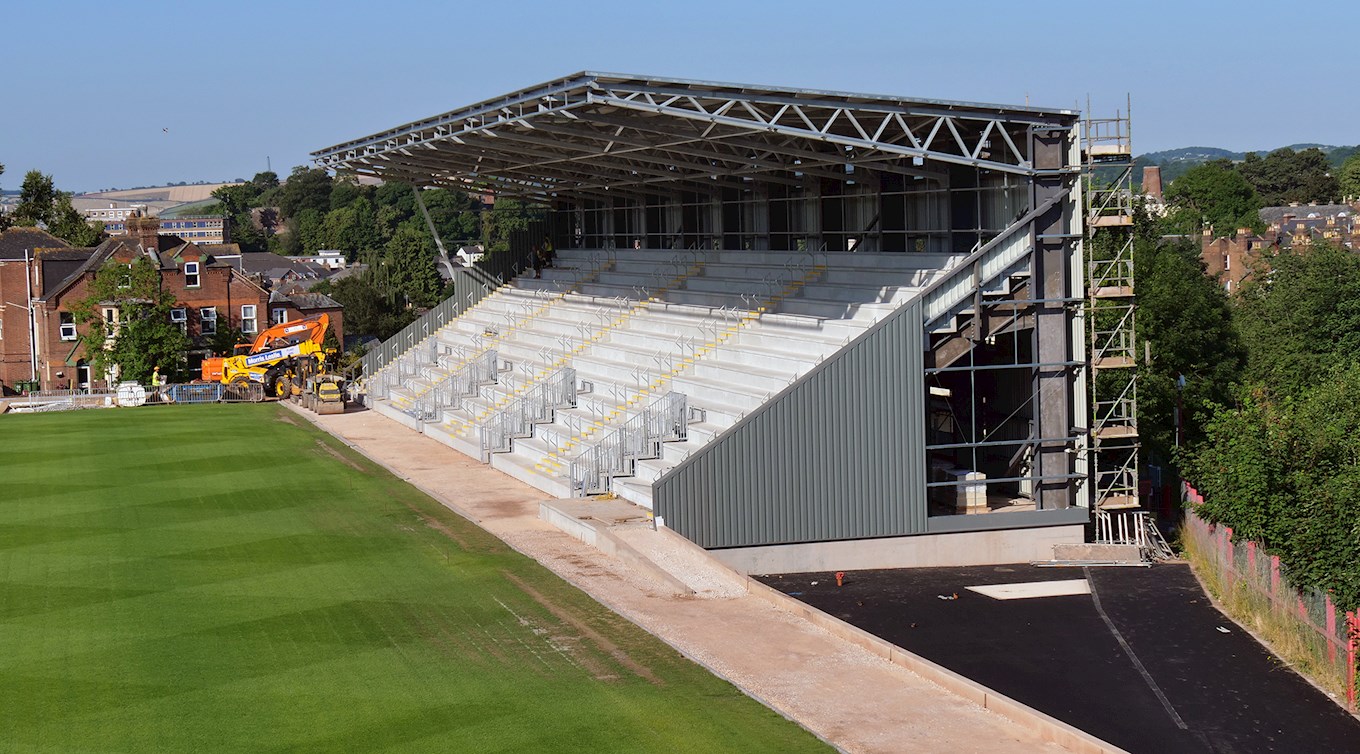 Other activity completed over the last month include:

In the next period the rear elevation cladding will be completed and the ECFC crest fixed over the two entrances. This will also see the fixing of the handrails, and the majority of the seats will be installed. 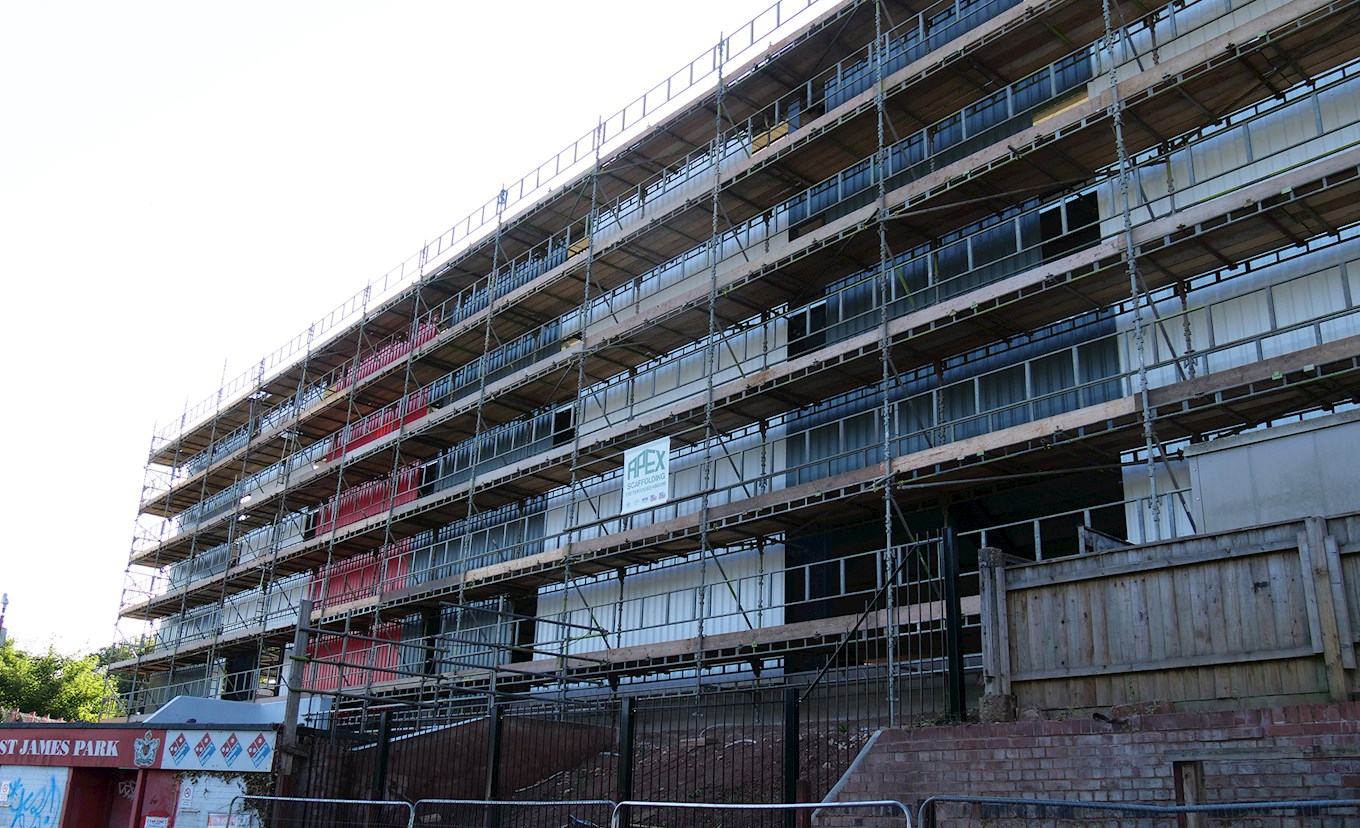 The control room and first aid cabin will be moved to their permanent position at the end of the stand and connected to all the security systems and PA.

The floodlights will be fixed on the new stand and the toilets and refreshment cabin will be put in position on the Triangle. 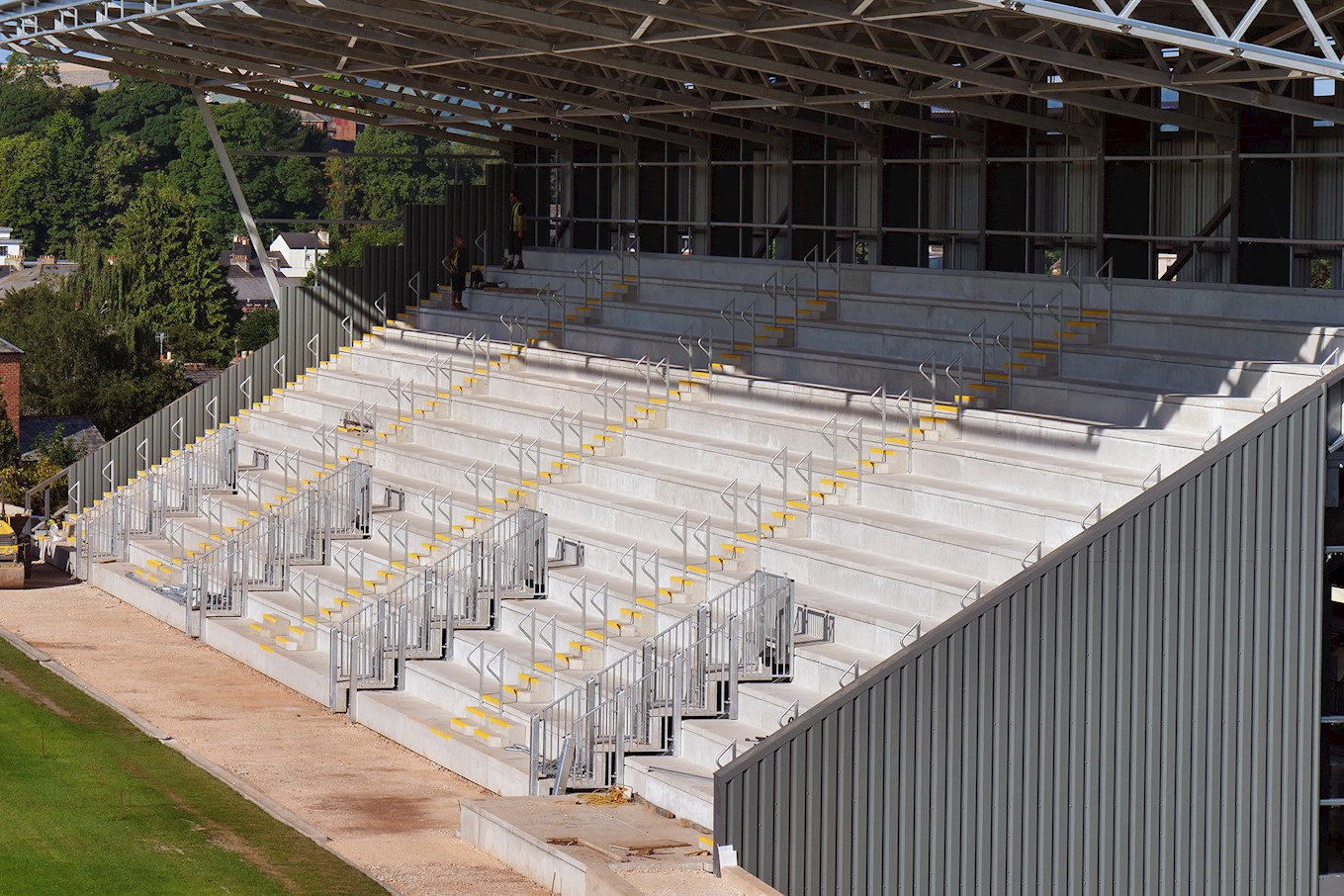