City-midfielder Jake Taylor has encouraged as many fans as possible to head to the Kit Launch as St James Park on Wednesday.

The event takes place from 4:30pm to 6:30pm with the players and Matt Taylor in attendance from 5pm to 6pm to meet the fans for selfies and autographs ahead of the new season.

Jake said: “It would be nice to see as many friendly faces as possible before the season starts. It will be a nice way for everyone to meet up and sign a few things as well. The more the merrier!” 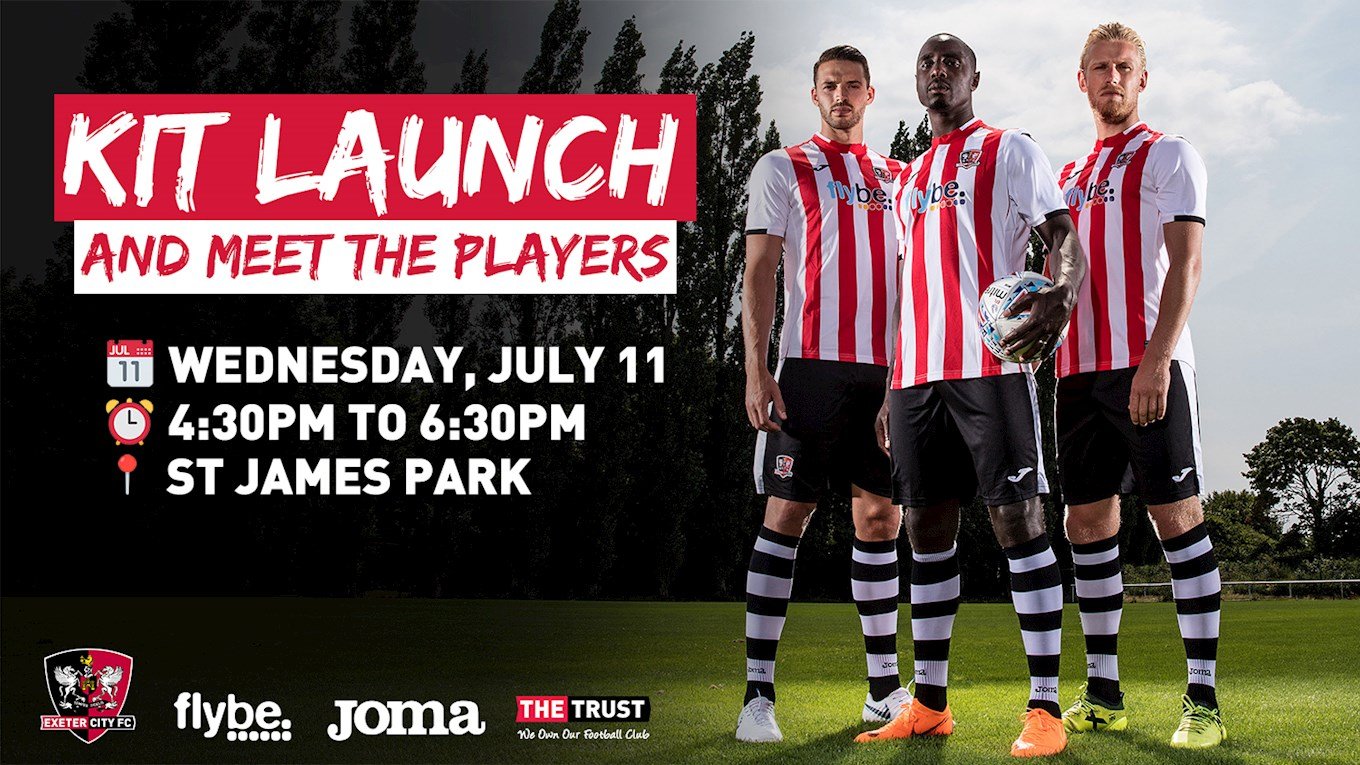 The Grecians new Joma kit was revealed this week, with Jake being part of the players modelling the new red and white shirt. Jake is fan of the new effort but not sure about a future career in modelling. He added: “It’s a really nice new kit, great colours again. Hopefully it will be a successful kit for us. I’m not sure about the modelling just yet, but the kit is really nice.”

City returned to pre-season training in the basking sunshine this week and spirits are high at the Cliff Hill Training Ground. “The first week has been really good.” Said Jake. “It’s nice to see the new boys settling in well. The sessions have been tough, which is what pre-season is all about. It’s nice to be back in and around and to see everyone again.”

“I think it makes it a bit tougher with the weather, but we’ve just got to do as much as we can, get as much fitness in us as we can and hit the ground running once the season starts.”

Four new faces have joined the squad this week, with the permanent signings of Aaron Martin, Jonathan Forte and Nicky Law, and the loan signing of Tristan Abrahams. Jake feels that the new boys will bring a lot to the squad.

“The new guys have been really good so far. They’ve all been down for the week and have settled in really well. They are really nice boys and boys that want to do well which helps.

“It’s an important year for us on the back of the last two seasons so they will bring lots to the squad and hopefully do well for us.” 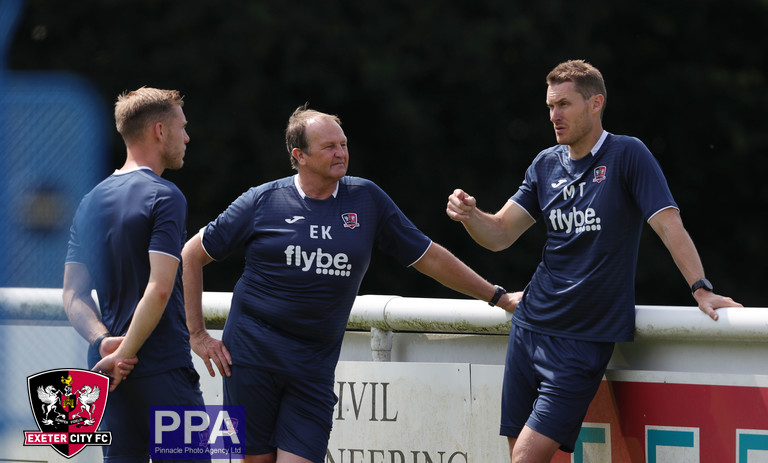 The new faces are joined by a new backroom team as Matt Taylor welcomed Eric Kinder as his assistant manager, Chris Weale as goalkeeper coach, Andrew Wiseman as strength and conditioning coach and promoted Dan Green to under-23s coach. Jake was keen to emphasise how well they have already settled in.

“They’ve all come in and settled in really well. Greener (Dan Green) has come up through the academy and done a fantastic job there. He’s fit in straight away, everyone seems to be fitting in well.

“It’s going to be good to have a nice tight-knit squad again and hopefully the staff can fit into that mould as well.”

The Grecians first-team pre-season schedule gets underway at Truro City next Thursday and Jake and the boys are eager to get back on the pitch.

“It’s been a few weeks since we last played. As soon as you get the friendlies going it’s good, you can get a grip for the team and the new players around you.

“It’s something we are all excited for. It starts off next Thursday at Truro City and we can’t wait for the games to come.”

Jake was keen to emphasise just how important the fans are going to be as the team enters a new era under the leadership of Matt Taylor.

“The last few seasons they’ve been fantastic for us. They’ve helped us when we needed them the most. The support at Wembley and throughout the play-offs was tremendous. It really does give us the buzz the push we need.

“The more the merrier, the more that come along and support us, the more we will try and give back to them.”