Matt was officially appointed on Friday evening after meeting with the board, he said: “On the back of a difficult week last week having lost at Wembley, and Paul leaving on Friday morning, I got invited to an interview on Friday afternoon, which was obviously a successful one and then offer the job on Friday evening and I accepted it straight away. I can’t wait to get started.”

The club board moved swiftly to get Matt in to post, which gives him a lot of confidence. “The meeting on Friday afternoon went well. I must have said all the right things and put in a good argument for my appointment.

“The Trust and the Board know me and what sort of character I am. I’ve worked with the players for the last 18 months and we’ve had relative success off and off the pitch. I’m very much looking forward to this new challenge.”

Matt has inherited a club that is in a great place thanks to the hard work of Paul Tisdale and Steve Perryman over the past 12-years and he was keen to highlight the quality of the squad he is working with. Matt said: “We’ve got a good core group of players in the squad which I’ll be working with. I’m looking to bring in a bit more quality and a bit more attacking mentality within the group.

“It’s a case of moulding the squad to best meet that philosophy moving forward.”

A former City captain that was part of the team promoted from the conference to league one in two years, Matt has forged a strong relationship with the fans. “I enjoyed my time here as a player and have loved my time as a coach. I was an honest player that gave my all week in, week out. We had great success in my time here with promotion from the conference and to league one. If we can get anywhere close to that success, then we will all be happy moving forward.”

“On the back of two play-off final defeats at Wembley it’s hard to pick a team back up. The supporters can do that, and they are going to be massive moving forward.” 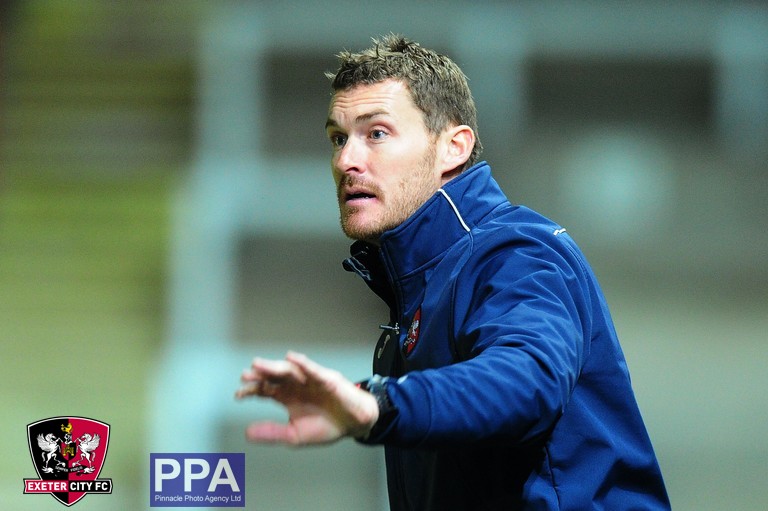 With Paul Tisdale, Steve Perryman and Matt Oakley leaving, there will be additions made to the backroom staff. “There will be a couple additions to the team and those roles have to be interviewed. I’ve already spoke to certain personnel and I’ve got people in mind I want to bring to the club.” said Matt.

“A week into it means we are chasing our tail a bit in terms of the speed we have to work at to get everything ready for July 2 in terms of pre-season. The quicker I can get the people in I trust and want to get in then the better.”

“Backroom staff are massively important. The majority won’t change. I’ve got to get the right characters in and bring that winning mentality back to the club and get some success on and off the pitch in terms of developing players.”

“In the last couple of years, we’ve been hit with injuries at difficult times in key positions. Part of my remit is to bring in a strength and conditioning coach who will be working on a daily basis to get the players a bit more robust to league two football and reduce the time players are out for.”

“I can’t wait to get those people in and the quicker I can start planning for next season.”

Looking back at the 2017/18 season, Matt feels that the team can take a lot of positives from their achievements even though they suffered heart-break at Wembley Stadium for the season successive season. Matt said: “Last season we improved our points tally and finished fourth. You look back throughout the season and we will have some regrets in terms of where we didn’t pick up points and could have possibly challenged Wycombe for third place.

“Getting to Wembley is a great achievement, but to lose again is heart-breaking. The team really grew in the Summer, those players stepped up to the plate, they’ve got to do the same next season, and with a few additions we can really push this squad on.” 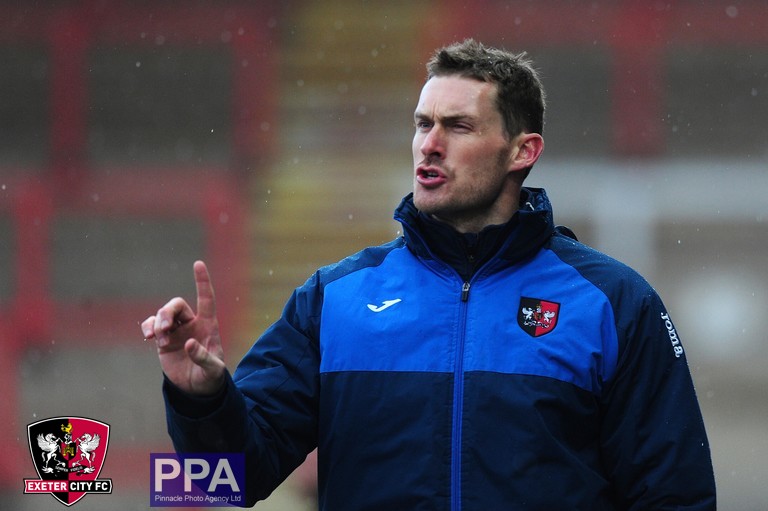 The next coming weeks will see Matt dip his toes in to the transfer market for the first time, and it is something he is looking forward to. “It’s something I’ve prepared for. I’ve got players that I’ve identified as targets, it’s if they are within the budget I’ve got to work with and I’ve got to sell the club to them.

“It’s a fantastic place to live. I moved down here as a player, several players have done it with young families. The training ground is still in progress but it’s much better than when I was a player, the ground is getting developed and the club is moving forward.”

Matt is keen to build an even stronger bond with the City-faithful and encourages fans to head to St James Park in August in high spirits. “There is going to be a freshness about this squad and how we play and I’m looking for the fans to come back fully motivated and fresh and ready to go as we will need them more than ever.

“I’ll certainly need them from the word go, all the way through the season. It’s not going to be easy, we’re going to have difficult times throughout the season but I’m very much looking forward to the relationship with the fans continuing and them getting behind the team week in week out, away from home at all those far distances you’ve got to travel.

"I can’t wait to come out on the first game and clap the Big Bank and get them going a little bit and then hopefully the players can put in a performance that mirrors that."

City’s pre-season schedule is only a month away, with a tour of the South West planned which will ease players back into fitness. Matt commented: “The pre-season schedule was in place a month before I got the job, so dictated by the previous manager. It’ll be a lot the same as last year with local games against non-league opposition.

“We are trying our hardest to get a couple games against league opposition. We are restricted by the work going on at St James Park, so we can’t play home matches, which is obviously disappointing for our home fans that want to see us before the first league match of the season.

“It’s very much a case of getting the players fit and ready for the season without burning them out too soon. They’ve had short breaks the last two years, so I’ve got to be mindful of looking after the players and protecting them a little bit as well as getting the new ideas into them gradually.”

With the stadium redevelopment scheduled for competition during the early part of the season, it’s a great time to be an Exeter City supporter.

“The training ground is looking superb and the ground will look fantastic when it’s finished. I can’t wait for October time when it’s all done, and we are playing week in week out, hopefully in front of a packed house.”