Today we take a look at Tranmere Rovers, the winners of the Vanarama National League play-offs.

Founded in 1884 as Belmont Football Club, they adopted their current name in 1885.

Tranmere Rovers were a founder member of Division Three North in 1921, and were a member of The Football League until 2015, when they were relegated to the National League, the fifth tier of English football.

On 12 May 2018, they beat Boreham Wood 2-1 in the 2017/18 National League play-off final to regain their status as a Football League member despite going down to ten men in the first minute. Former Grecian James Norwood was the hero on the day, his strike earning Tranmere a return to the Football League.

Former player Micky Mellon was named Tranmere manager in October 2016 after leaving his position as manager of League One club Shrewsbury Town. 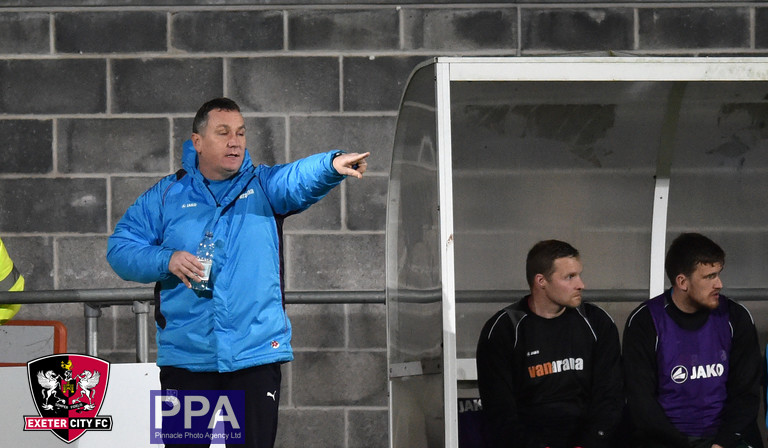 Micky has a win percentage of over 50% since joining Tranmere, and he guided them back to the Football League through the 2017/18 play-offs.

The club moved to Prenton Park in 1912. The ground has had several rebuilds, with the most recent occurring in 1995 in response to the requirement of the Taylor Report to become all-seater.

The stadium holds over 16,500 fans in four stands: the Kop, the Johnny King Stand, the Main Stand and the Cowshed which houses away supporters and has a capacity of 2,500.

A player that Exeter City fans should be familiar with, James was the first player whose wages were funded by the 1931 Fund. James only made 4 appearances for the Grecians, going on loan spells at Sutton United, Forest Green Rovers and Eastbourne Borough before signing permanently for Forest Green Rovers. 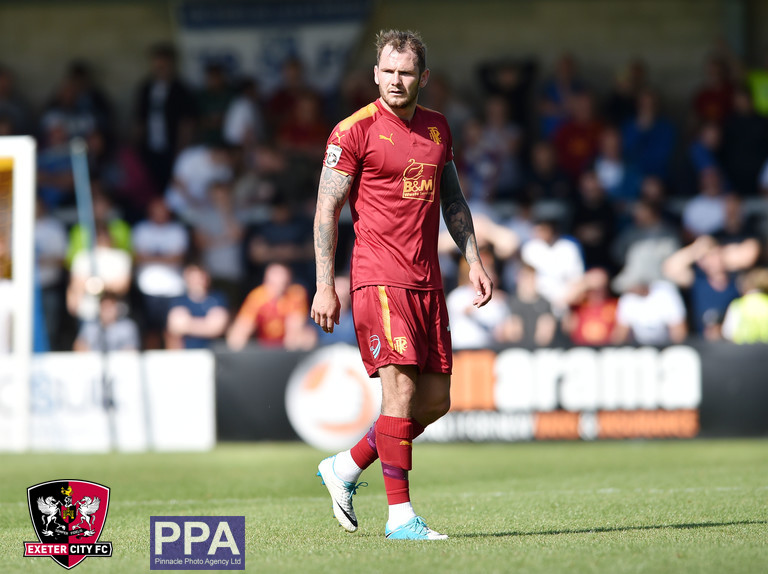 In May 2015, Norwood signed for Tranmere Rovers following his release from Forest Green. During the 2017/18 season, James would find the back of the net 23 times, his most imporant goal fired Tranmere back to the EFL on May 12 at Wembley Stadium.

Tranmere's 2017/18 season got off to a very poor start, 3 wins from the first 12 games saw Tranmere slide to 18th in the league, their lowest ever league position.

A spectacular winter turnaround saw Tranmere move into the play-offs, where they would find themselves for the remainder of the season.This turnaround included a record breaking run of 9 consecutive home league wins.

Exeter City 1 Tranmere Rovers 2: January 31, 2015
The last meeting between the Grecians and Tranmere took place in the 2014/15 season.

Jordan Moore-Taylor's second-half header was enough to earn the Grecians an important 3 points at Prenton Park. City moved out of the relegation zone after a poor start to the season. 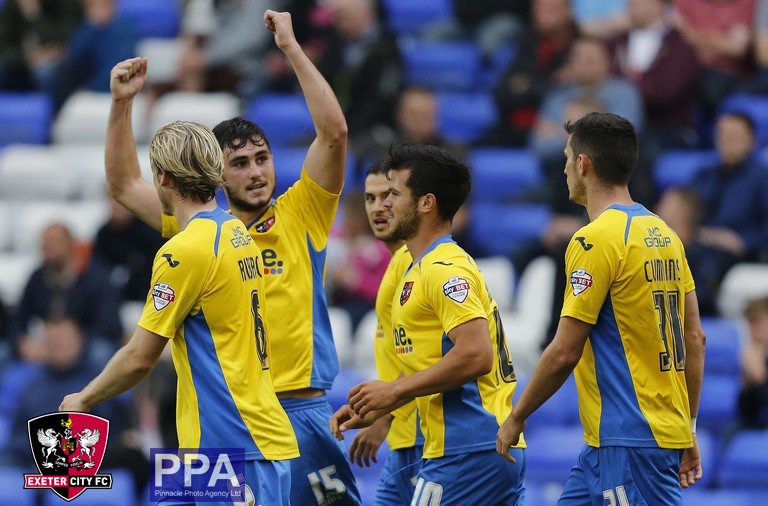 Fixture release day is on Thursday, June 21, tune in from 9am to find out when City will face Tranmere Rovers in 2018/19.