Exeter City was delighted to host Canadian team Calgary Foothills at St James Park on Saturday, as the Grecians took on Swindon Town.

Calgary Foothills are currently on a pre-season tour in England ahead of their season starting in May. The team have already visited Reading and drew 1-1 in a friendly against their under-23 side. 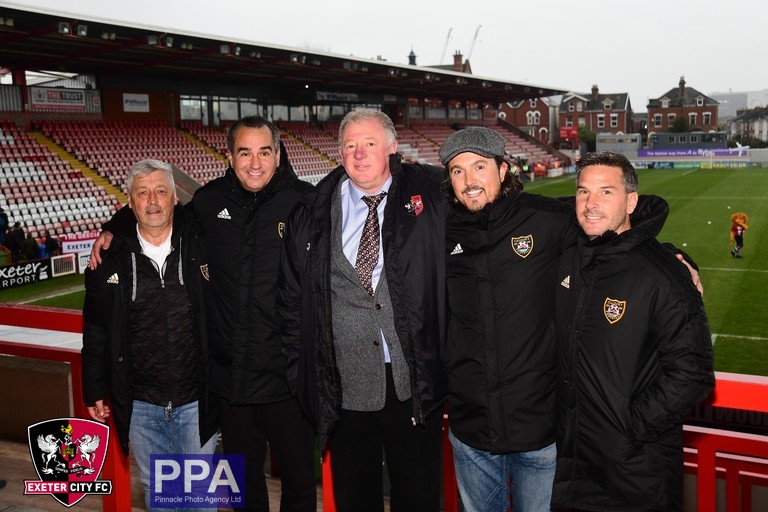 Tommy Wheeldon, former Football in the Community (now CITY Community Trust) officer provided a close link with Julian Tagg and helped to organise the visit of the young Canadian players who are head coached by Tommy Jnr.

Tommy said: “Julian and I go back a long way. We arranged to play the under-23s on Monday, and Julian kindly invited us and the team to the Swindon match and looked after us with hospitality.

“The team loved their time at St James Park. The atmosphere on the Big Bank was great. For the majority it was the first live match they have seen. We played Reading under-23 and drew 1-1, we play Fulham on Wednesday, the Royal Navy on Thursday and Cheltenham Town next week.” 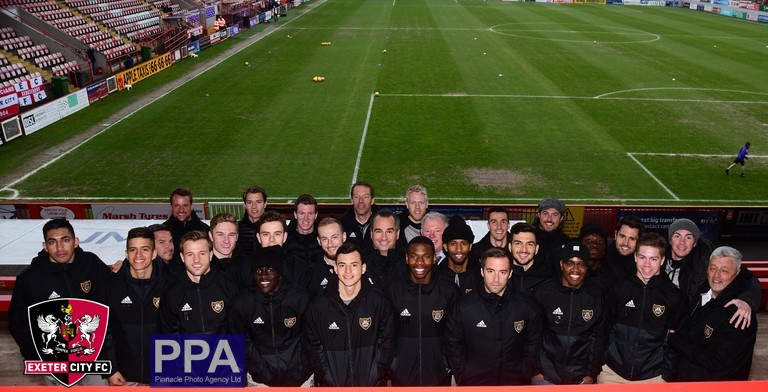 The tour saw them act to raise awareness of the development of Canadian football, as well as strengthen ties with Exeter City.

The partnership with the Grecians will show those who may not make it to become a professional in England, that the door will not be shut on them and there are plenty of opportunities to continue playing, but to learn as well in a country such as Canada.

The connection between the club and their Canadian friends began to emerge when former Exeter City academy players Josh Read and Dan Hayfield moved to St Francis Xavier University in Nova Scotia, Canada on scholarship deals.

The scholarships offer an opportunity for young footballers, who may not have been offered professional contracts, to continue to play football as well as develop their education.

Calgary Foothills take on an under-23 Exeter City side in a friendly today at the Cliff Hill Training Ground.