A hat-trick from Jana Richards helped Exeter City come from a goal down to beat Bishops Lydeard in the South West Women’s Premier Division on Wednesday night.

The Grecians fell behind in the third minute when a shot rebounded off the post and was fired home by a Bishops Lydeard striker.

However, the hosts responded well with Richards looping a shot onto the crossbar and Emily Toogood having a couple of efforts saved. So, it was a deserved equaliser when Toogood played a good through ball for Richards to latch onto in the box before beating a defending, shifting the ball onto her right foot a powering a shot into the roof of the net. 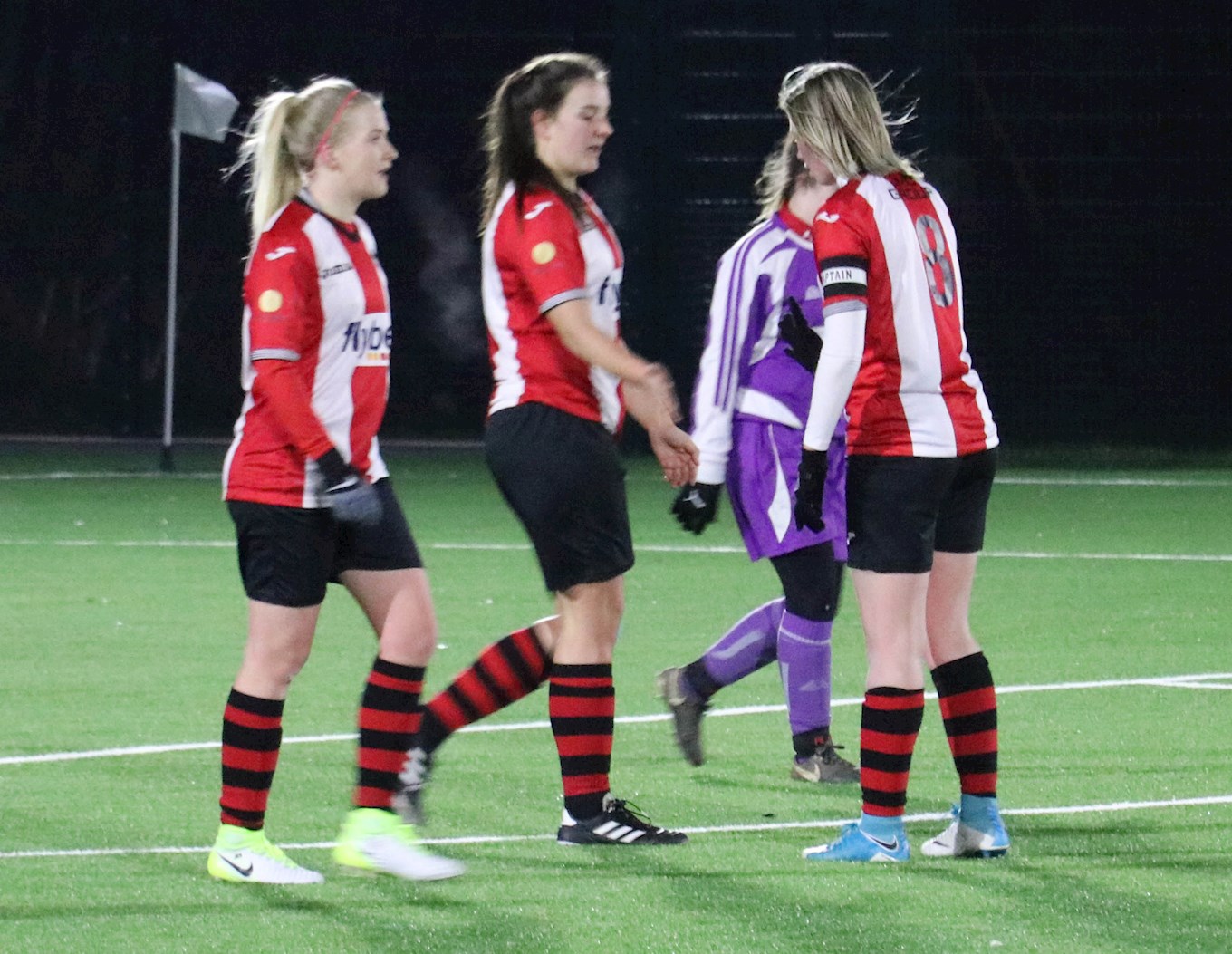 City were not to be denied though and, after captain Dani Skinner and Abbie Britton had both gone close in the early stages of the second half, a good run and cross from Manfy Sharpe presented another goalscoring opportunity for Richards. At first, it looked as though the City striker was going to be denied by the woodwork for a third time, but after her effort hit the post, the power and spin on the shot took it over the line despite the last-ditch attempts from the Bishops keeper to claw the ball back to safety. 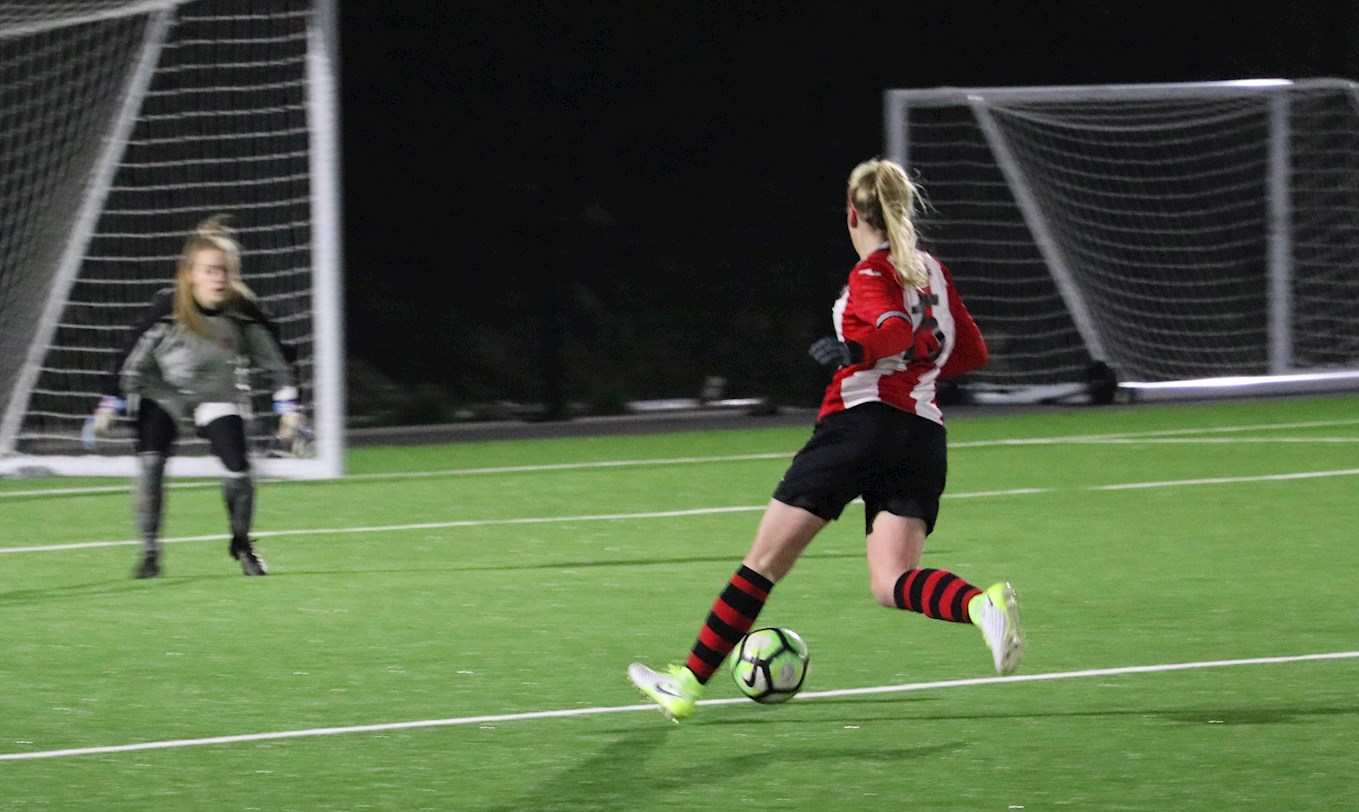 Jana Richards running through on goal

Britton then hit the crossbar for City before Richards completed her hat-trick with a well-timed run and finish. Richards then turned provider as she squared a good ball to Sharpe in the box but, for a fifth and final time in the game, the shot cannoned off the woodwork

However, Britton completed a good evening for City as she headed home a corner in the final minute of play to give the Ladies the five goals that their attacking play merited on the night.