The project includes the demolition of the Old Stagecoach Stand, which dates back to 1927. It is due to be replaced by a new stand, along with other improvements, including the ground’s away end. The project is now entering its 41st week.

The cold weather impacted the programme this week when the temperature was too low to pour concrete, but this has not caused a significant delay to the works.

A spokesman for the club said: "We are continuing to deliver the works on time, in line with the programme, despite this spell of cold weather. Preparatory works for the new stand are firmly underway and good progress has been made establishing the foundations for the new stand.

"The retaining wall to the pitch side of the ‘triangle’ has been constructed. This is the wall which will provide the disabled access to the front of the stand." 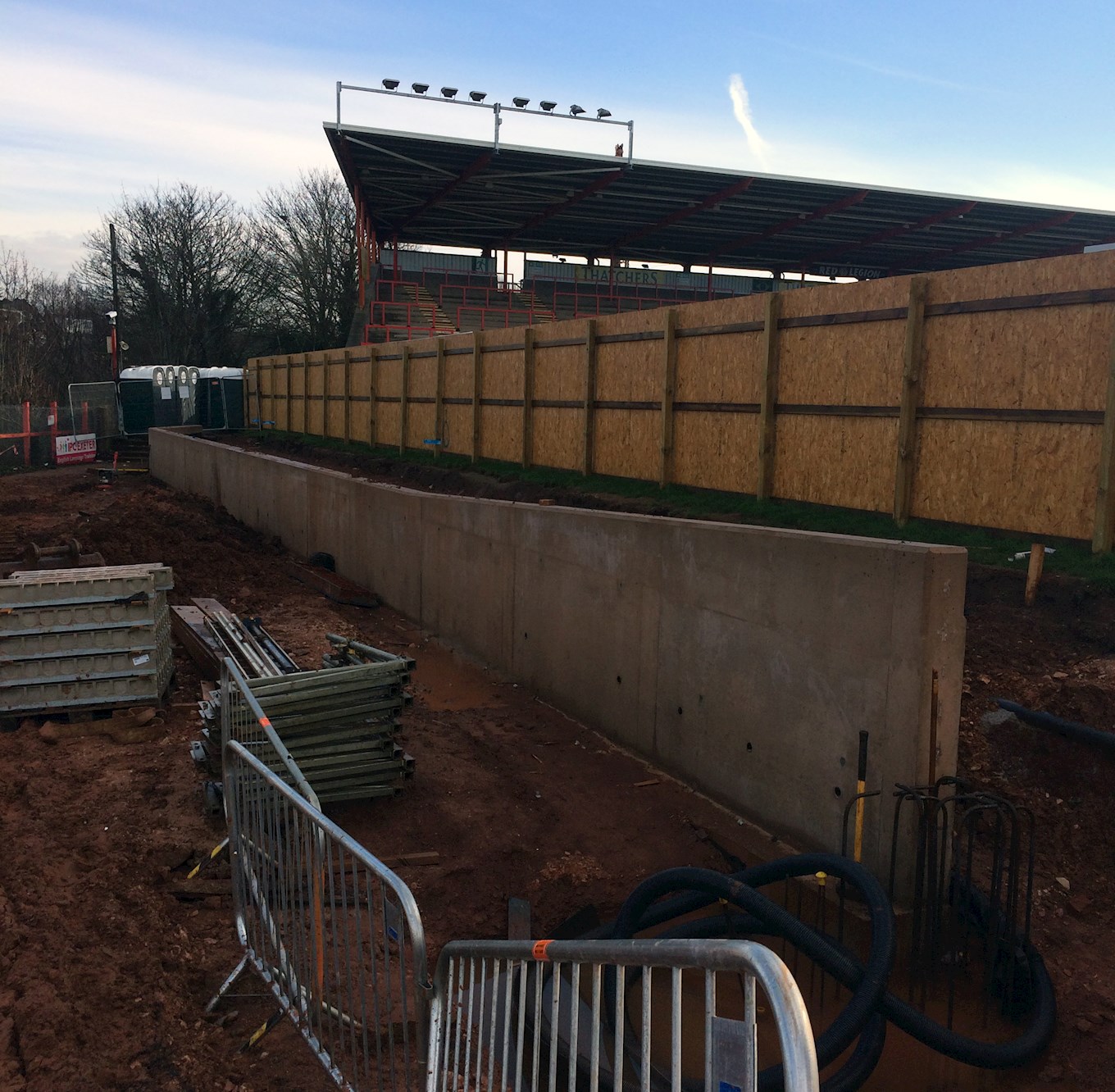 Recent work which entailed digging four metres deep to establish a sewer connection was carried out with an archaeologist present, as it was an area where it was anticipated that historical remains could be found, but nothing was discovered. 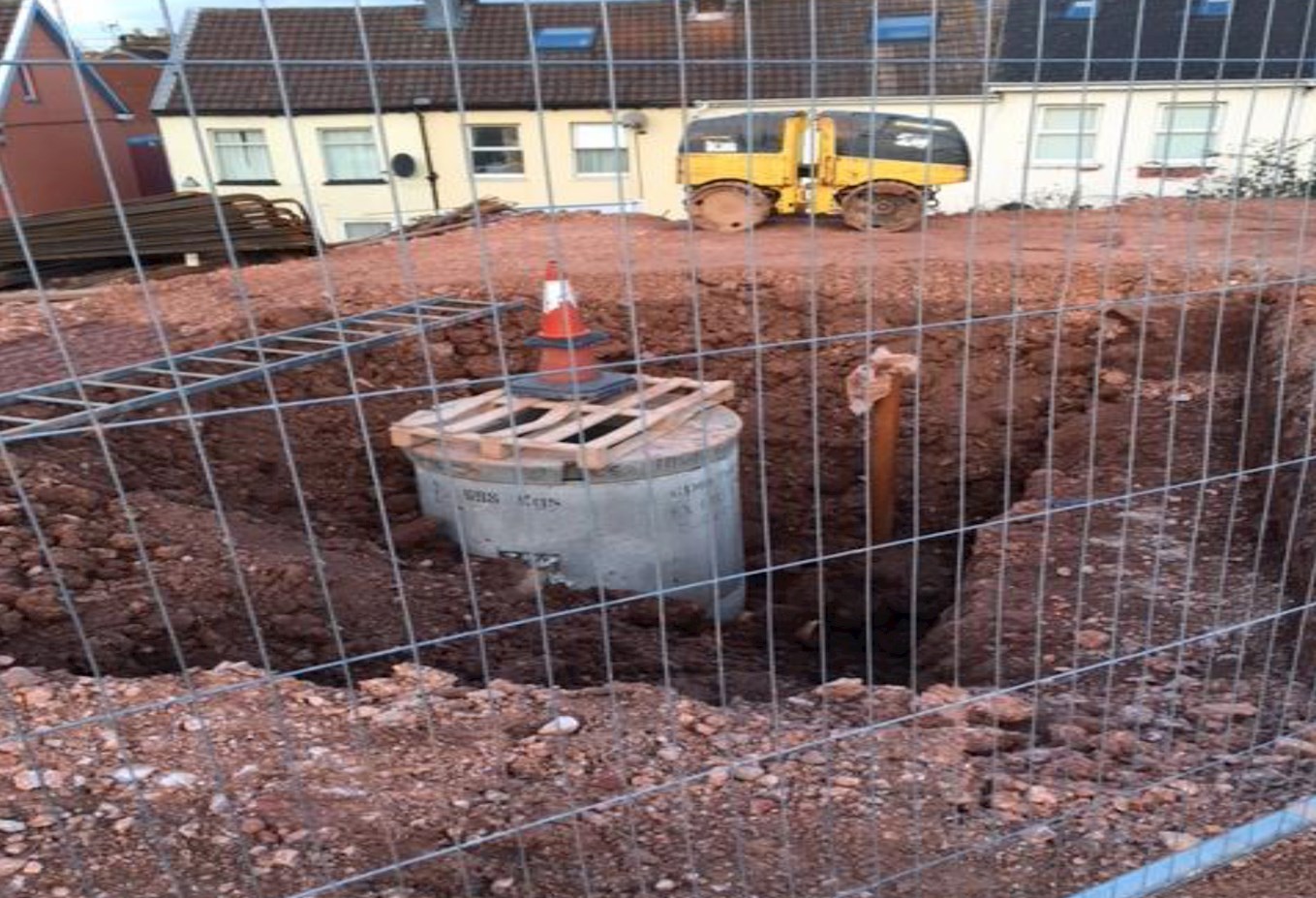 The next stage of work will involve the completion of the foundations, which will be followed by the laying of the foul and storm water drainage pipe connections to the new grandstand. This phase will also see the reduction in height of the boundary wall on Well Street, to the same height as St James Road, although it will remain at its full level at the point adjacent to the electricity sub-station. 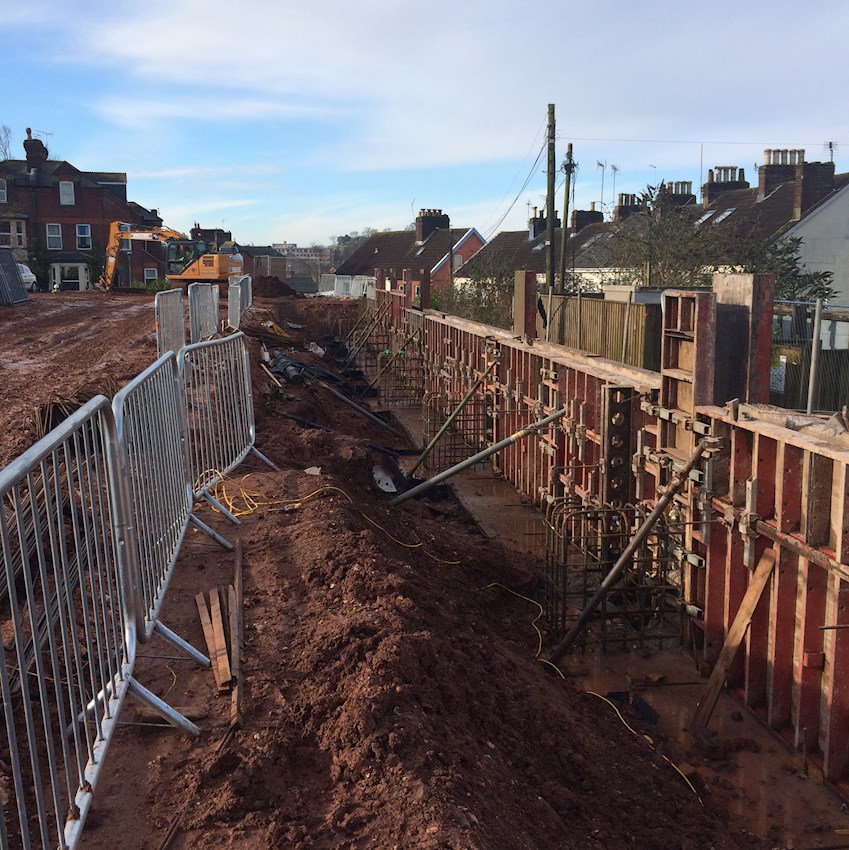 It is anticipated that the steelworks for the new Stagecoach Stand will begin to be erected at the beginning of April. If the project remains on schedule the work is due to be completed by September/October this year.