As part of the ongoing stadium redevelopment, the club has taken the decision to change the numbering convention currently in use in the IP Office Main Stand.

This change will ensure consistency throughout the ground and will match the seating convention to be used in the new Stagecoach Stand when it opens later this year.

From the start of the 2018-19 season, the row lettering in the IP Office Main Stand will be reversed to a more conventional setup, with A as the front row with M as the back row (where applicable). 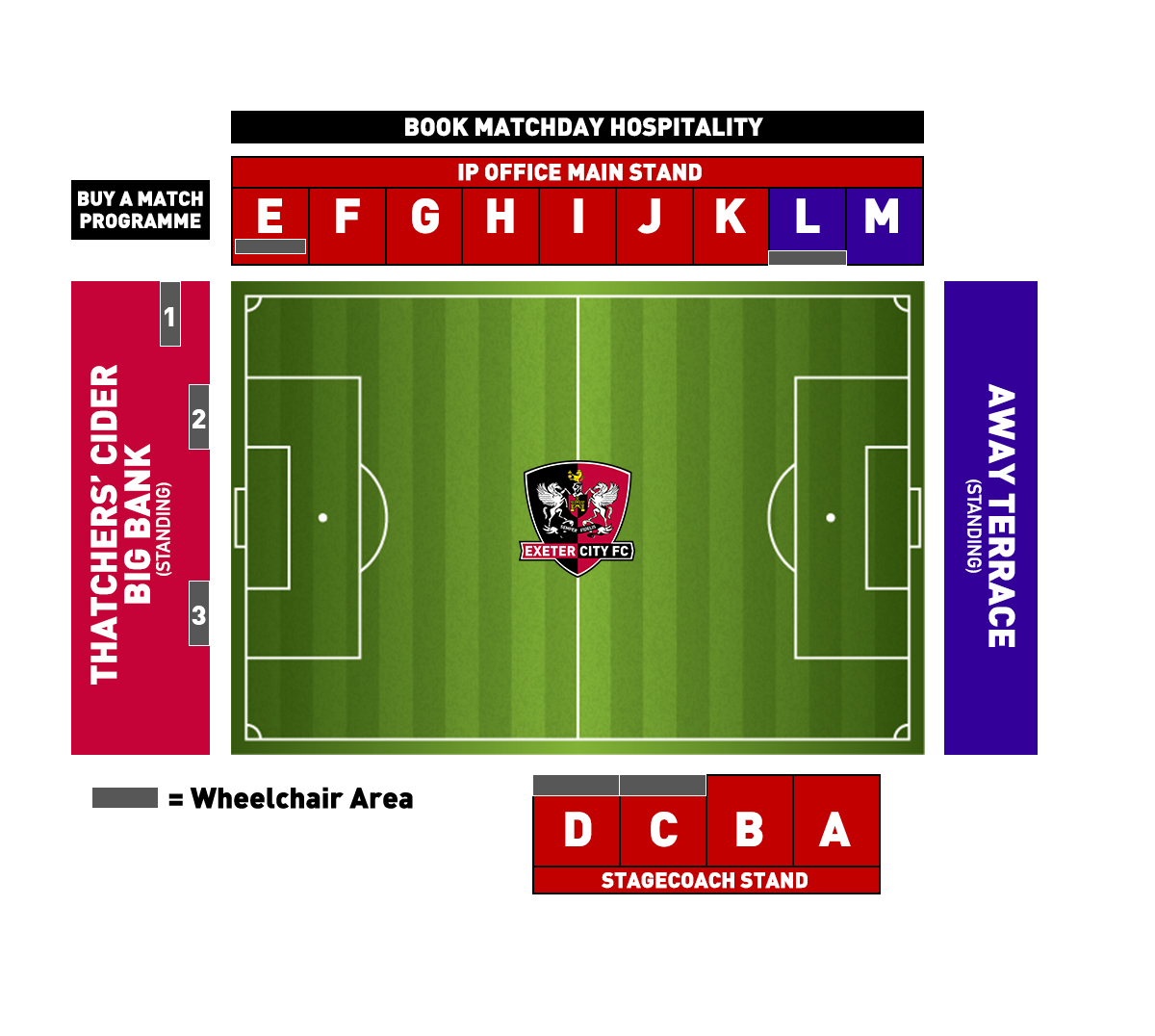 This means all the seats in a vertical column will have the same number and all seats on a horizontal plane will have the same row number. Any missing seats or rows will be omitted but would be considered for number purposes as being there.

The Block Lettering will also now be consistent throughout the stadium, with the new Stagecoach Stand running A to D, and the IP Office Main Stand E to M.

Designated wheelchair areas will be associated with the block they reside in. For example, ‘Area C’ is within Block C, ‘Area E’ is in IP Office Main Stand Block E, and so on.

The three wheelchair areas within the Thatchers’ Cider Big Bank will be numbered 1, 2 and 3.

This information is particularly relevant to season ticket holders in the IP Office Main Stand who should note that if you renew and choose to stay in the same seat, your new Season Ticket will reflect the change:

Please click here to view a pdf that demonstrates the changes.