Exeter City midfielder Jake Taylor says the Grecians are determined to go one better this season as they target a play-off final victory over Coventry City at Wembley stadium.

Of course, City narrowly missed out on promotion last season as they slipped to a 2-1 defeat over Blackpool in the capital, but after seeing off Lincoln City in the play-off semi-final last week, Taylor says the players will be giving everything to try and book a place in League One next season.

He said: “It’s a massive stadium, a massive game for everyone. It helps that we’ve been there last year so we’re comfortable with the surroundings. We know what the game will be like, we’re all looking forward to it and it’s a game that everyone wants to be involved in. We will do our best to get the correct result.”

Jake also reflected on what was a memorable evening at St James Park as City beat Lincoln 3-1 to book their place at Wembley last Thursday.

The match was won in phenomenal fashion with Hiram Boateng and Ryan Harley adding to Jayden Stockley’s opener with wonderful strikes, but Taylor explained how the goals came about wasn’t of much importance as long as City came out on top overall.

He continued: “I don’t think people are too fussed about how the goals went in, just as long as they went in we were happy. Hiram’s solo effort was fantastic and to see it hit the back of the net just after half-time was a great time to score. Ryan then put us 3-0 up and his strike was equally as good. Thankfully, we managed to see out the last 10 minutes of the game.” 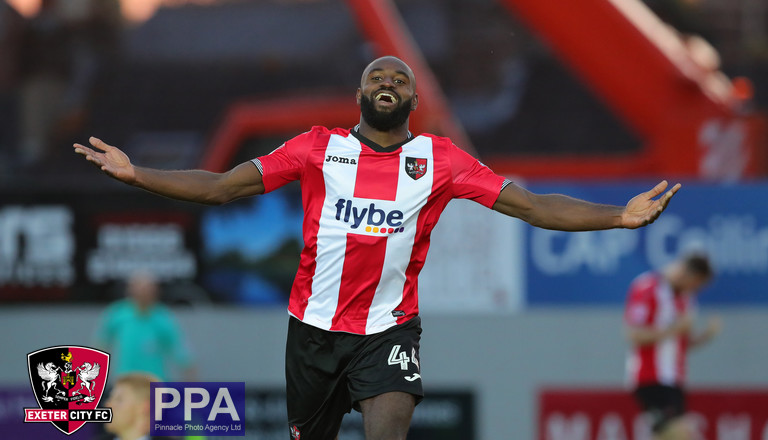 With Mark Robins’ side to come at Wembley, Jake also says the Grecians are under no illusions and they expect Coventry, who are likely to bring masses of support with them to London, to be a very formidable opponent.

He continued: “We had a tough time at their place and we played well against them at St James Park. It’s pretty evenly matched, we’ll put as much research in as possible to try and do as well as we can against them. It’s an occasion that we’re all looking forward to, we’ve obviously been there last year on the losing end so it’s important that we go there and come out with a different outcome this time.”

“Last year was a great atmosphere, we brought lots of fans and this year will be even better with the support that Coventry bring as well so, like I said, it’s something we are looking forward to, the bigger the atmosphere and stadium is what everyone wants to play in. This is exactly what we have been working for all season." 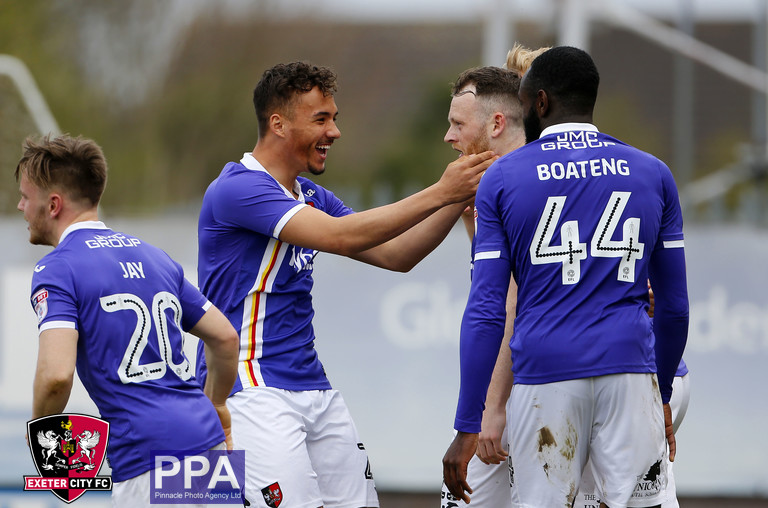 Taylor has netted eight times for the club this season

Jake has played 53 games this season, making himself a key man in Paul Tisdale’s midfield, whether that be slightly out wide or in the centre, and the City number 25 believes he has had a good season, but wants to end the 2017/18 campaign on a high.

He continued: “I’m happy to have played as many games as I have. I’ve really enjoyed it and played lots of different positions, which I’ve embraced. It’s a great team to play in with great staff, great fans and there are a lot of people behind the scenes that everyone wants to do well for. It will be a really nice way to end the season, to give something for people to cheer about.

“I’ve always said that I’ve wanted to score as many goals as possible, I think last year I played a bit more defensively whereas this year I’ve played a bit more on the wing. It’s nice to contribute as much as you can and hopefully with one more game to go, you never know what will happen.”

With thousands of City fans expected to make the trip from Devon to the capital, Jake has urged the supporters to give the side one last push over the line and support just as they have done all season.

He said: “I’ve said before, they’ve been brilliant all season and we need as many of them as possible. To have them singing for you and backing you for 90 minutes is exactly what we need. As long as they can continue to do that then we will try our hardest to give them what we want.”