Exeter City fan Quinn George Elliott will set an EFL record tonight by becoming the youngest supporter to attend every home and away fixture for a club in a season.

Quinn, born April 23, 2008, only had to wait 25 days before the football team of his place of birth were promoted back to the Football League, and although too young to remember this he soon noticed that his granddad, uncles and dad would disappear on a Saturday to go and support their football team Exeter City.

Quinn’s granddad’s first gift to him was a book of the history of Exeter City and he was soon asking if he could go, with his first words being ‘kick, kick, goal!’

Then, after a short amount of time, Quinn was attending home games and some away. Quinn’s furthest trip supporting Exeter away being the three games in Brazil in the pre-season tour of 2014.

He has now become a regular among the away supporters and on his ninth birthday he made a request to his parents. 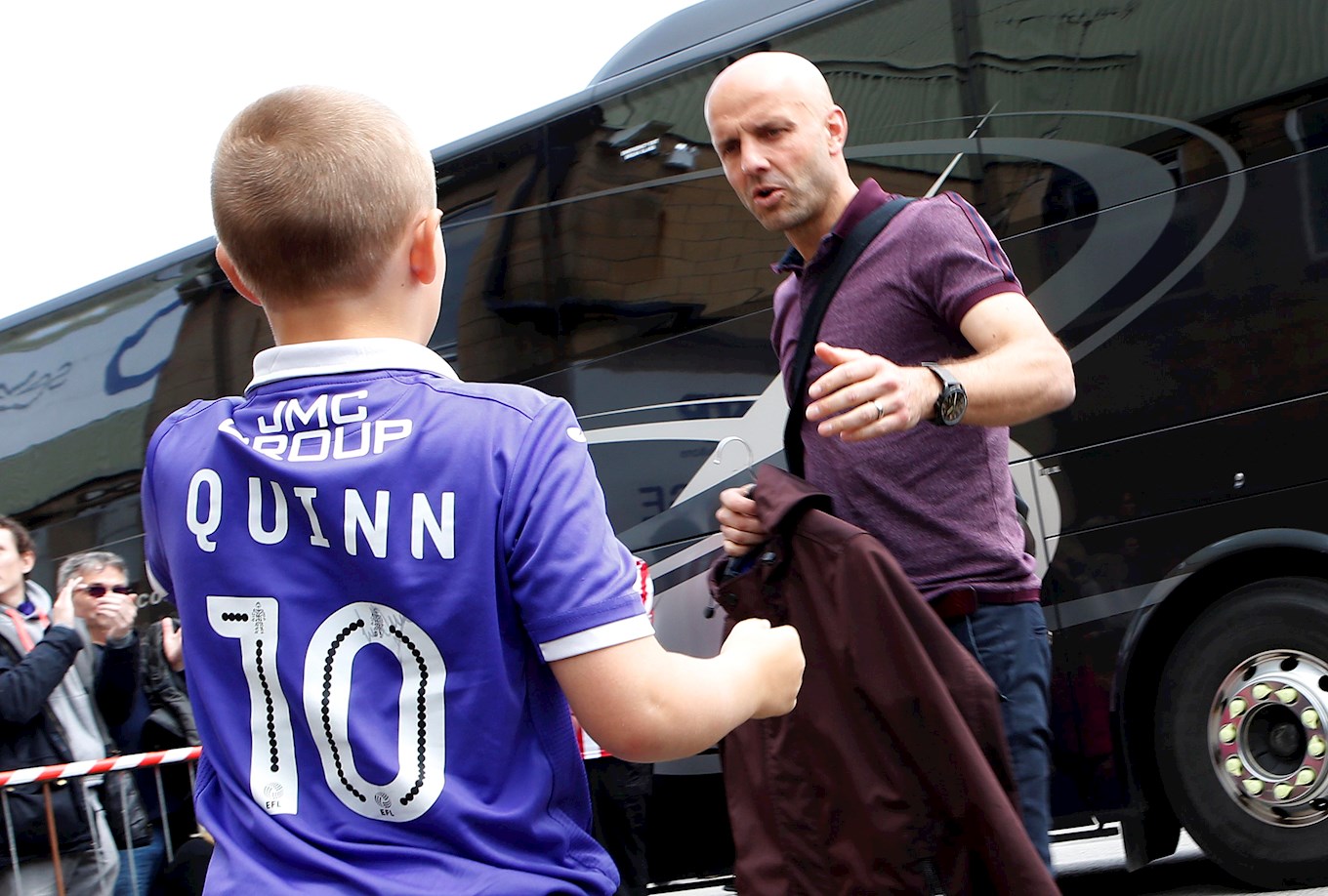 “I want to go to every first-team game next season to support Paul Tisdale and his team and I mean every game, home, away, friendly, cup, and league.”

Quinn’s parents and grandparents explained that this could not be possible unless he was very lucky with the fixtures, which they agreed they would look at on the EFL fixture release date June 21, 2017.

That day arrived in June with the fixtures on his iPad he looked at them and said: “can I do it?” On first glance there could be a possibility explained his parents but they were still not sure it was possible at his age.

Quinn then made an offer: “If I don’t have any pocket money, Christmas presents don’t get an XBox One, no Easter eggs, or birthday presents and if I am not ill from school for the year can I please support Paul Tisdale and the team?”

The deal was struck with Quinn’s mum and dad still thinking it was not possible. Now, we fast forward tonight’s game and Quinn has not had a day off school, arriving on time every day, and has achieved his EFL record by not missing a game even getting to the Devon Bowl game away at Tavistock AFC.

Quinn has celebrated every goal with passion and is motivated to support Paul Tisdale and the team.