The structure of Exeter City Football Club’s new stand is beginning to emerge now the preparation work at the ground is complete.

The erection of the steel frame of the stand has begun, once again changing the landscape and the views of the city from St James Park.

The £3.5 million development is still expected to be completed by late summer/early autumn – as long as the project remains on schedule.

The following works have been completed during the last month:

And work has begun on the pre-cast concrete units that form the terraces of the stand with the first third of the frame now complete.

A spokesman for the club said: "Although the severe weather of recent months has impacted on our progress, we remain on schedule. We expect the steel frame and pre-cast units to be completed by early June which is when the cladding works will begin." 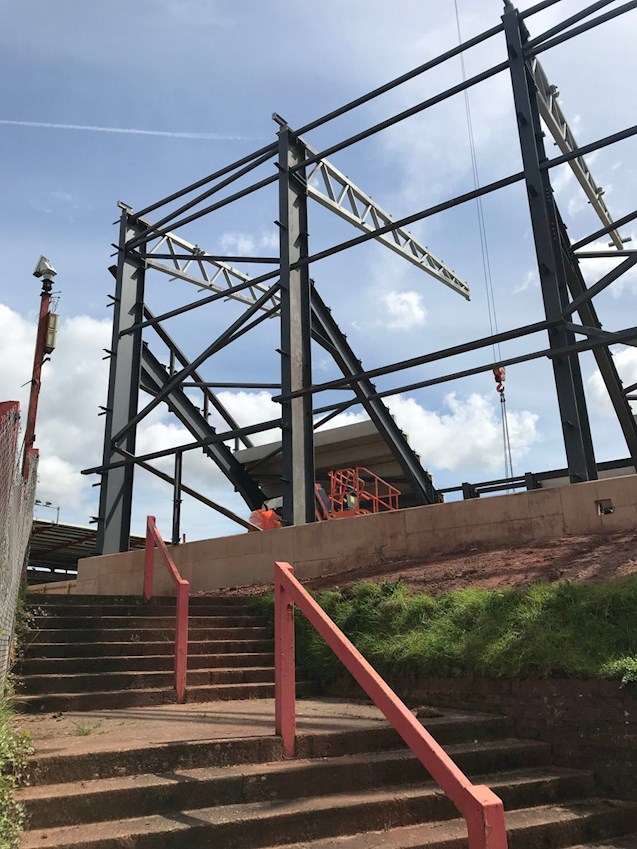 The cladding works are likely to take eight weeks to complete due to the restrictions of the site. The concrete floor slab to the undercroft will also be laid during this period.

Once the hoarding is removed after the last home game of the season, work will start on surfacing the Triangle and preparing the area for the installation of the toilet blocks and refreshment cabin which are expected to be put in position in July. 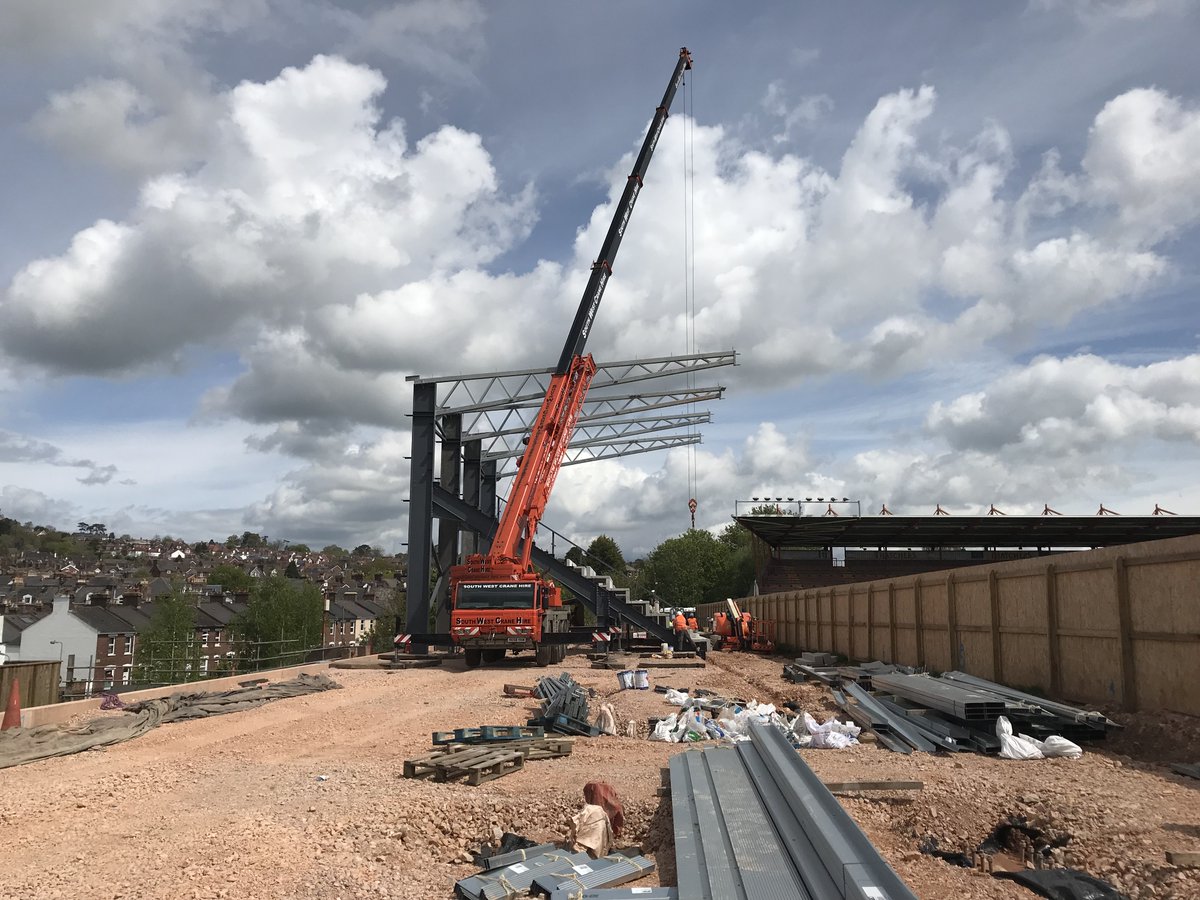