The Exeter City Academy is constantly looking for talented new players that we can hopefully help develop into top quality footballers.

George Friend was the first player to develop through the system from an advanced development centre to the first team. George went on to join Wolverhampton Wanderers, making his Premier League debut against Manchester United at Old Trafford, and is now captain of Middlesbrough; could you be the next George Friend?

At the Exeter City Academy we have a three-tiered player progression pathway which allows players to develop at their own speed and progress to the next level if and when they are ready.a 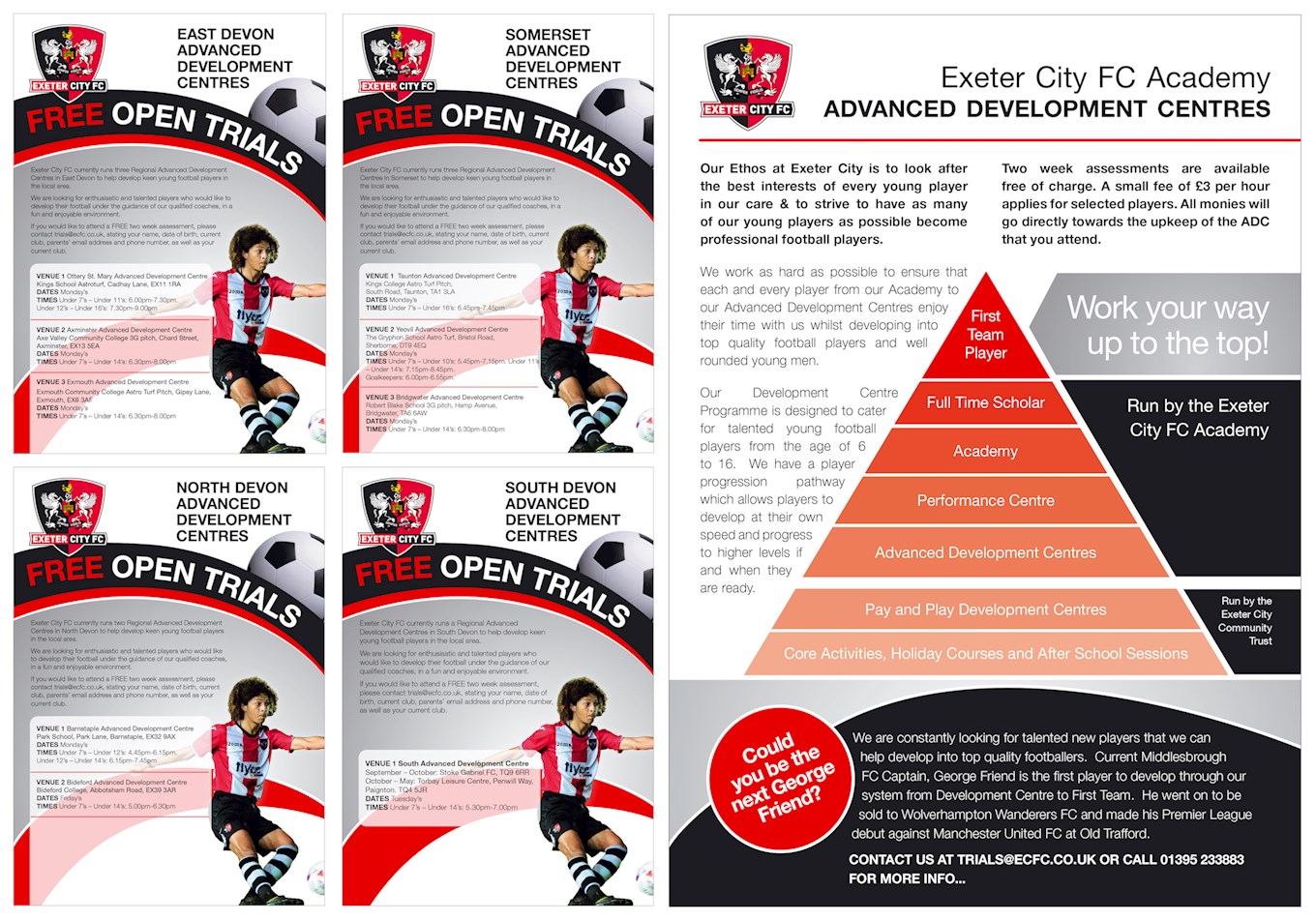 The process begins at one of our nine advanced development centres, situated around the South West. These ADCs are based in Axminster, Barnstaple, Bideford, Bridgwater, Exmouth, Ottery St Mary, South Devon (Paignton), Taunton and Yeovil.

From here players may be selected to make the step into our performance centre, based in Exeter. Training at the ADCs and performance centre takes place once a week in addition to the player's club training, whilst players are encouraged to continue playing for their grassroots team.

The top tier of the player progression pathway is the academy itself. Players within the academy train and play exclusively for Exeter City (school football is also encouraged) with the aim of becoming well-rounded young men and, hopefully, Exeter City first team players.

To find out more or to register your interest in a FREE, two-week assessment, please email: trials@ecfc.co.uk.