It’s City's second match in a row against League One opponents, as the Grecians face Bristol Rovers in the Checkatrade Trophy on Tuesday night.

The Grecians narrowly lost 3-2 to Blackpool in the Emirates FA Cup first round on Saturday. The home side came so close to completing an impressive comeback after conceding three first half goals, giving them a mountain to climb.

Bristol Rovers themselves have to settle for a replay after drawing 1-1 at Barnet.

Both Exeter and Bristol Rovers now turn their attentions to another cup competition, with the latter top of the table.

Here’s everything you need to know about Exeter’s opponents:

Founded in 1883, Bristol Rovers adopted the nickname ‘The Pirates’ due to their history as a maritime city.

Rovers maintained the remarkable record of being a Football League mainstay until 2015 when they played their first ever season in the Conference. Since then they have not only bounced back to League Two, but managed promotion to League One, where they currently reside.

Not one to band around from club to club, manager Darrell Clarke accumulated over 100 appearances for Mansfield Town, Hartlepool United and Salisbury City (while also being player-manager from 2010 to13. 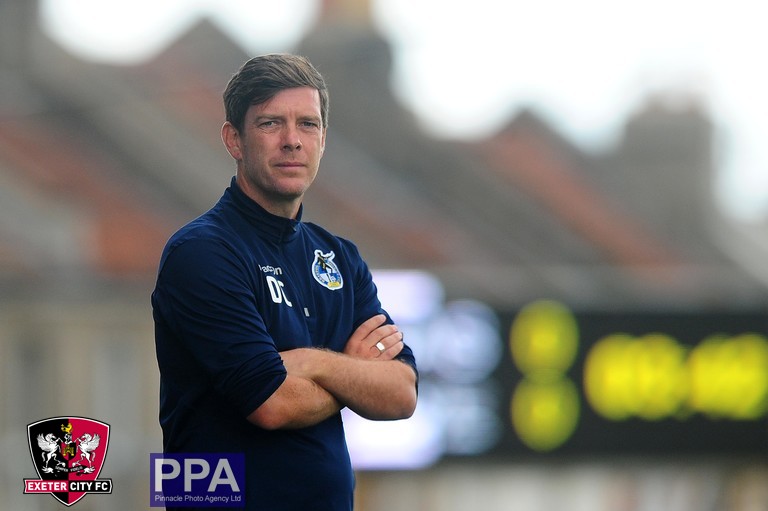 The 40 year-old has spent the preceding four seasons at Bristol Rovers leading the club to back-to-back promotions from the Conference to League One.

The Memorial Stadium originally was home to rugby union side Bristol Bears when the stadium opened in 1921. As recently as 2014, the rugby club have relocated however, after sharing the stadium with Bristol Rovers since 1996.

In 2008, Bristol Rovers set their record attendance of 12,011 when they hosted West Bromwich Albion.

After joining the club at the age of 16 in 2011, Tom Lockyer has grown considerably in stature at the heart of the Rovers defence, even becoming club captain. 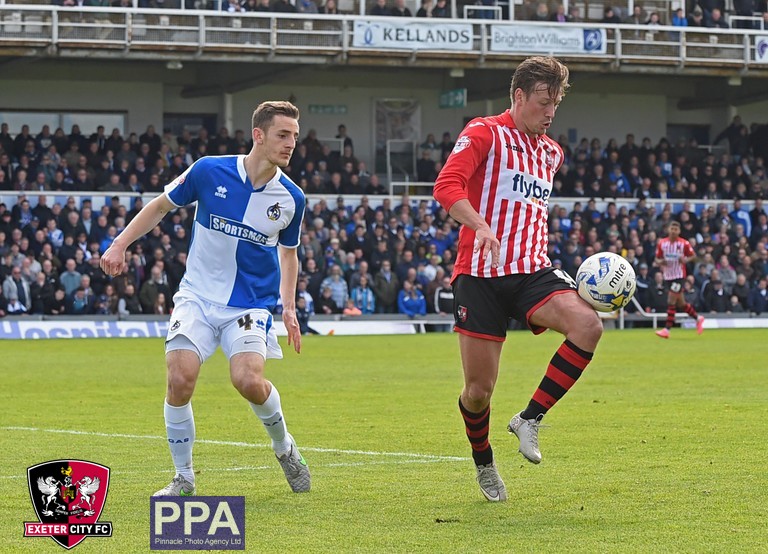 The Welsh defender has already amassed over 200 club appearances and has shown his threat in the opposition with two goals this season.

Goals are in scarce supply for the side that sit precariously above the drop zone in 20th place. Rovers have scored and conceding 14 goals in 17 league games, which is likely to make Tuesday’s encounter a tense affair.

Clarke’s side stuttered to a 1-1 draw with Conference side Barnet, but did comprehensively beat Blackpool 3-0 away from home in their last match and have lost just one from their last five games in all competitions.

Patchy early season form meant Bristol Rovers fluctuated from bottom after just their second league game of the season, before moving up to 11thjust a fortnight later.

That continued into the new year, before Rovers found their feet, comfortably staving off the threat of relegation. In 2018, Clarke’s side lost just five games. An impressive EFL Cup run saw them reach the third round after beating Fulham and narrowly losing to Wolves.

City wrapped up pre-season with a fantastic showing at the Memorial Stadium as they beat Sky Bet League One side Bristol Rovers 4-0.

The goals came from summer signing Jonathan Forte, Dean Moxey, a worldie of a strike from Hiram Boateng and a Troy Brown tap-in.

The Grecians had their promotion hopes extinguished with defeat at Bristol Rovers, as the hosts gave their hopes a major boost as they went 4th and just one point from the top three.

After going down 2-0 at the break, Jake Taylor instantly replied on the commencement of play, though Matty Taylor secured victory for the home side late on.

Ticket prices have been slashed for the match and represent great value. Only the Thatchers' Big Bank and IP Office Main Stand will be in use for the match.