Mike came along to a recent session at the Cliff Hill Training Ground accompanied by his 80 year-old father Bill, who has been supporting City since he was 14!

Alongside the City Community Trust’s Sporting Memories Group, the Foundation winners watched as Matt Taylor and his coaches put the first team squad through an arduous session, in between the rain showers.

At the end of the sessions many of the players came over to meet the Group, they answered questions and chatted about City's Emirates FA Cup tie against Blackpool.

Mike’s favourite players are mainly from his younger days as a supporter. A Big Bank season ticket holder, he nominated Tony Kellow and Peter Hatch as the players he most liked to watch. 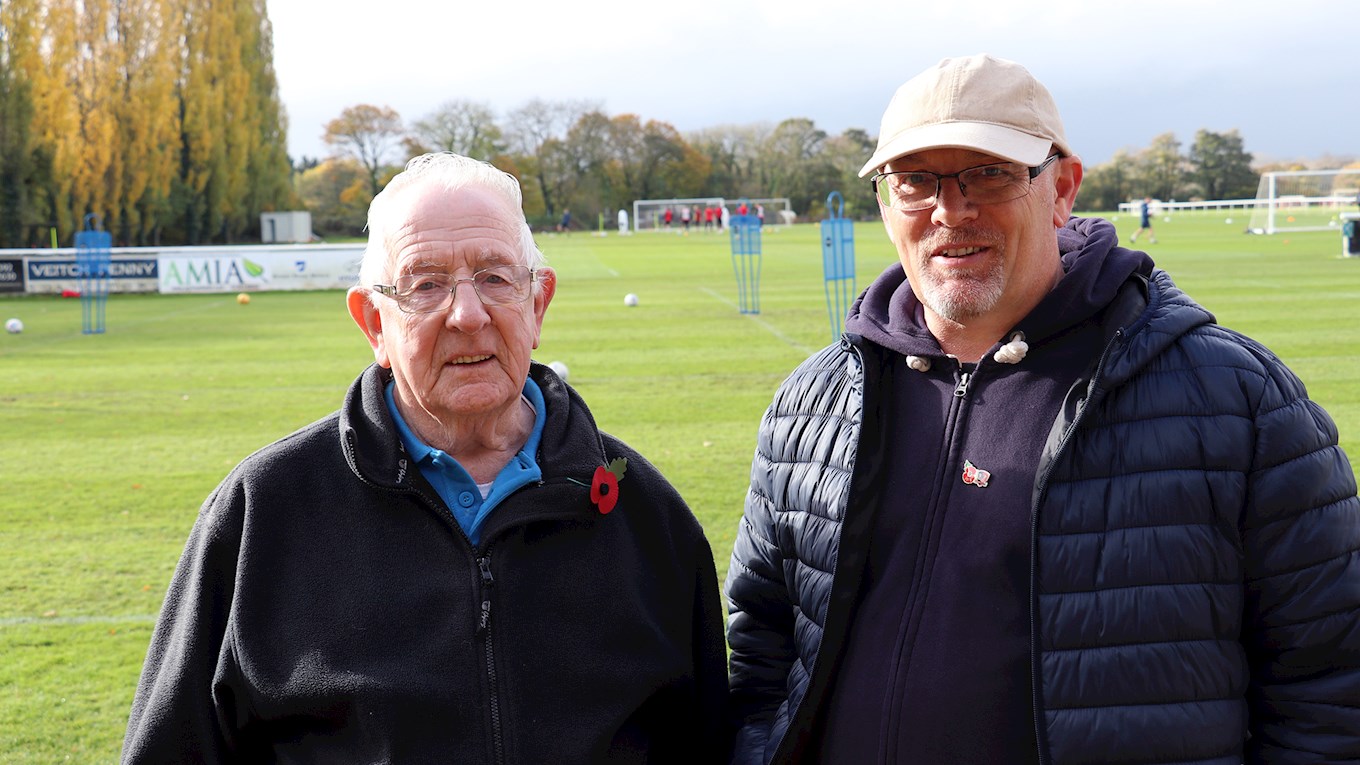 Father Bill of course goes even further back, rolling off a list of names such as Digger Ebdon, Barney Singleton and Bert Hoyle which few, if any of us had heard of! They were both agreed that of more recent players namesake Steve Flack was top of the pile - indeed Bill, a family historian, indicated that there may well be family links all the way back to Cambridgeshire, from where Steve originates.

For a City supporter it was a most enjoyable morning out, giving an interesting insight into how the team prepares for the next match - another great prize from the Exeter City Foundation. Also it has given Bill the incentive to come and watch matches at the Park again - he’s recently stopped coming because of a dodgy hip - but now wants to try out the new stand in the near future.

The Exeter City Foundation is a great deal, particularly for those who are regular supporters of the club. For just £10 per month, members are entitled to a range of prizes and, if a season ticket holder, the additional benefit of cash back or a voucher for the ECFC Shop.

The City Foundation draw runs throughout the year, and overall there are sixty-seven prizes – of which sixty-four are cash prizes – all of which means that members have a GREAT chance of winning, all winners are Exeter City supporters and net proceeds go to good causes at the Club.

If you want to join then fill in a form at Reception, join online here or contact the Foundation administrator at Richard.horne@ecfc.co.uk.