Exeter City face a long trip to Tranmere Rovers, who can leapfrog their opponents with victory on home soil on Saturday.

The Grecians 11-match unbeaten run came to an end with a 2-1 defeat at home to Forest Green last weekend. Tranmere themselves have won their previous three games at home, including the most recent 5-1 demolition of Crawley Town.

Here is everything you need to know about the promotion hopefuls:

Accustomed to playing in their traditional white and blue colours, The Super White Army were well in their pomp during the 90’s, as they strived, yet couldn’t quite do enough to reach the promised land of the Premier League.

That decade saw them reach the play-offs for three consecutive seasons, but they couldn’t finish at the final hurdle. Last season they also won the National League.

Back in 2008, Mellon had made his managerial bow with Fleetwood Town where he enjoyed four seasons at the club, winning the Conference in 2012. The Scotman would go on to manage Shrewsbury and briefly Barnsley. 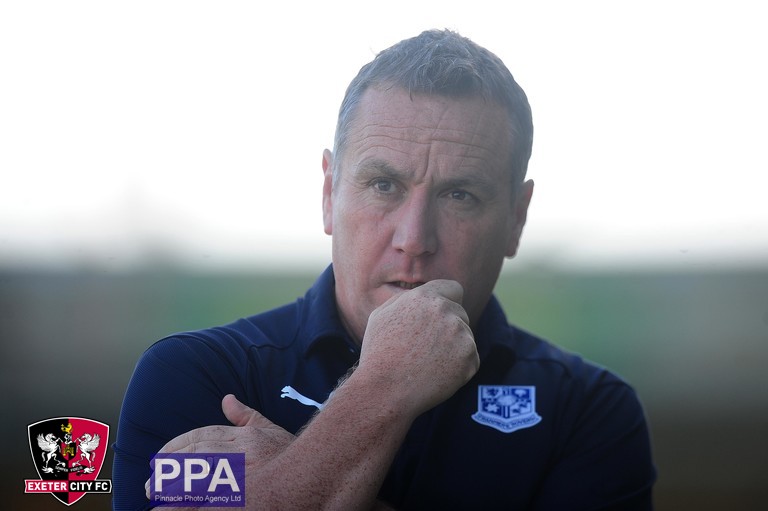 Mellon then took charge of Tranmere in 2016, instantly making his mark, as he led the team back to the Football League, courtesy of a National League play-off victory. A twist of fate for a man who made just shy of 200 appearances for the club.

With a maximum capacity eclipsing 16,000, Tranmere are home to one of the largest stadiums in League Two. Understandably, they were also way out in front of their National League competitors last year

The Super White Army moved into Prenton Park in 1912 and enjoyed their record attendance of 24,424 in an FA Cup match against Stoke City in 1972.

After showing his pedigree with a glut of goals in the National League, Norwood has certainly found no difficulty in making the step up to League Two level. 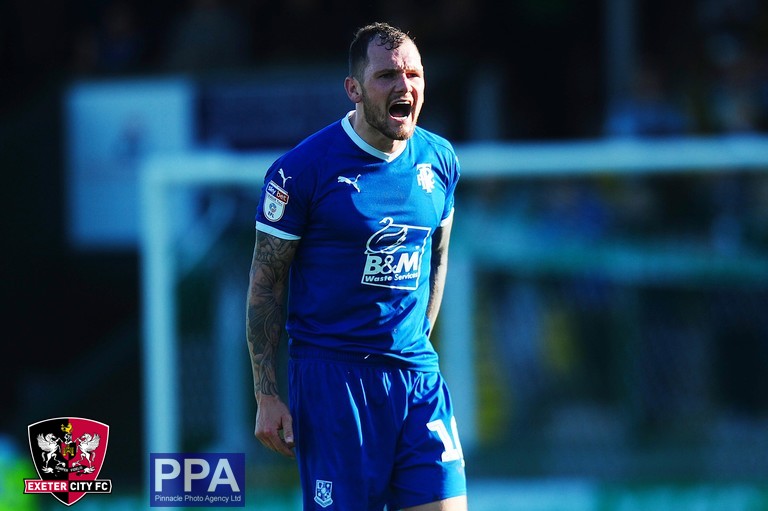 The former Exeter striker made a handful of appearances for the club and the Grecians will be hoping he does not come back to haunt them. Norwood currently leads the goalscoring charts in the division with ten goals to his name.

After an indifferent start to the season, Tranmere have retained their place in the play-off spots for the past five games.

Now, following on from a confidence-boosting win against Crawley, Micky Mellon’s side can seize an automatic spot with victory over Exeter this weekend.

Tranmere have made a fair crack of the whip after returning to the Football League this season. Last season the Merseysiders finished second and ten points adrift of champions Macclesfield Town.

It was their goalscoring prowess that proved the difference in promotion though as a 2-1 win in the play-off final against Boreham Wood, followed up a 4-2 semi-final win against Ebbsfleet Town.

Paul Tisdale’s side suffered another setback in their promotion hopes, as Tranmere avenged their 2-1 defeat to Exeter earlier in the season.

Rory Donnelly was the match winner, dispatching a fierce effort to give his side a relegation reprieve. Tranmere took the lead through Jennison Myrie-Williams, but Alex Nicholls brought parity before the break.

After failing to win in their opening seven league games, the Grecians made it two wins on the trot and importantly moved out of the drop zone.

The victory moved the two sides level on points, as a second half winner once again proved the difference between the sides. Jordan Moore-Taylor headed home late on to give his side all three points.

Tickets are still on sale for City's trip to Prenton Park to face Tranmere Rovers on Saturday, November 3 in a 3pm kick-off.

Online purchases are sold directly through Tranmere Rovers and can be purchased by clicking here. Please select the date of the match (3 Nov) and then follow the instructions. Tickets are available as print-at-home or on their mobile.

Please note that ticket prices are £2 cheaper in advance.