If you cast your mind back to August 2014, when you think of St James Park, the picture in your mind would differ from the one you witness today.

You would find old fashioned dressing rooms with very little room to cater for 11 players, seven substitutes and the entourage that comes with a professional football team.

You would have those facilities within a stand that, whilst still retained an originality and charm, it was becoming increasingly difficult to maintain and was well beyond its years.

At one end of the pitch you would have an away end that was simply just that, an end of the ground where visiting supporters would stand with no shelter from the elements.

Now, if your memory is really good, then you may recall that August 2014 was the day that Jordan Tillson made his St James Park debut.

A young player who had arrived at the club as an enthusiastic central defender keen to impress and nail down a regular spot in the first team dressing room. And over the past few seasons he has done exactly that.

Fast forward to October 2018 with the club set to unveil the Stagecoach Adam Stansfield Stand, and a fully functioning away stand which will be in use over the coming weeks, Jordan casts his mind back to his early days playing at St James Park.

“I really liked it,” laughed Jordan. “I really liked the old grandstand. It was a different experience, don’t get me wrong, the changing rooms that we have now are incredible, but it had a good feel to it, we had some good times there, but it was the right time to move from the stand. What they have there now is going to push the club further, and those away changing rooms weren’t great!

“The lads have been waiting for it (the new stand) for a while now. It’s been great to see it from opposite the dugouts, it looks fantastic and it will add to the experience of playing at St James Park. We’ve had some good nights there, games played using the old grandstand which made the atmosphere feel bigger, so it will enhance the team.” 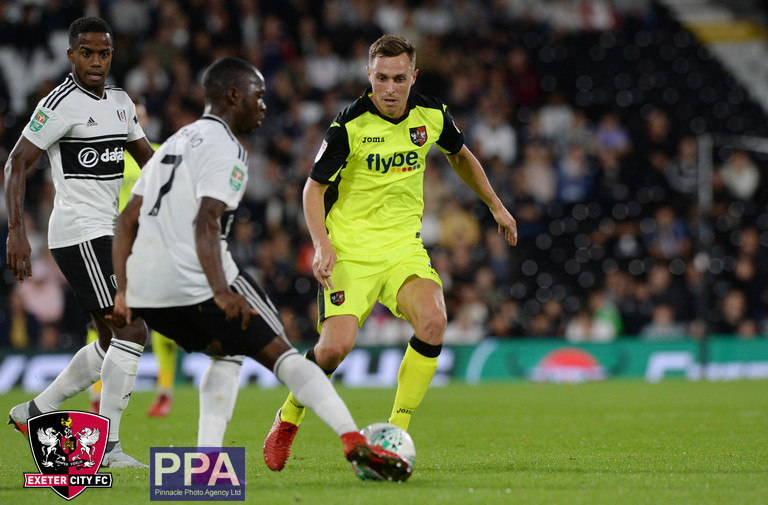 Jordan in action against Fulham in the Carabao Cup

With a shiny new stand to add to further improved facilities at the ground, in the changing rooms now housed in the IP Office stand, as well as the developments at the Cliff Hill training ground, Jordan believes these steps forward by the club will help it flourish in the future.

He continued: “It’s only going to push the club further, you only have to look around the training ground and see how much that has come on with the 3G pitch and even the netting behind the goal. From when I started, the club has pushed on a lot and I think the facilities will attract players to come down, you only have to look at Nicky Law and Jonathan Forte, so it’s only going to help the club."

Jordan has continued where he left off from last season as he remains a key man for the Grecians. When you may be up against it at times, Jordan’s ability to break up play and win the ball back for the Grecians is a quality he has had to learn as he adapted his game to play in the centre of midfield. 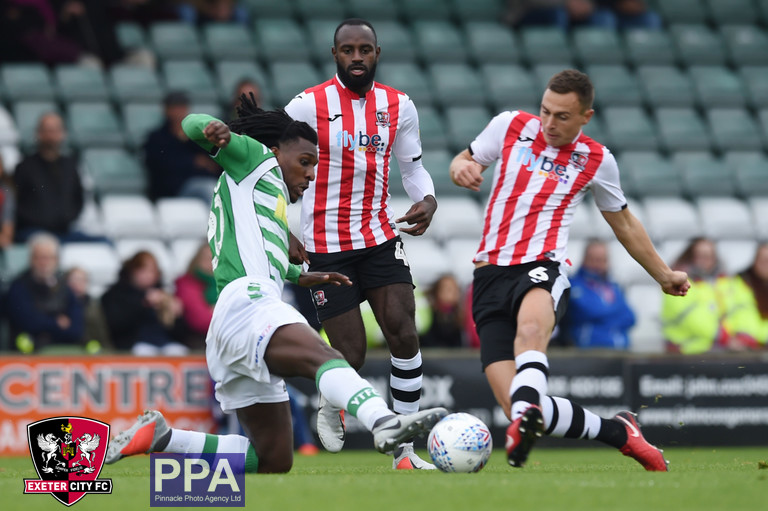 The City midfielder battles in midfield against Yeovil Town

Protecting his defence is a role he is enjoying as the 25-year-old discussed his conversion to a defensive midfielder.

“I think there is definitely more to come from me, I’ve played centre half and played in midfield, and I just want to play games and hopefully be successful with the club, that’s all that matters to me. I prefer playing in central midfield now, I’m used to it and it’s my position.”

Having been a man who had grown used to the faces that preceded the current staff at the club on the footballing side, Jordan also explained how the transition from life under Paul Tisdale to that under Matt Taylor has been seamless, with much of the credit going to the new manager and his coaching staff.

City have begun the season well, but the experienced Jordan believes that everyone at the club is taking it one game at a time as they look for success in the 2018/19 season. 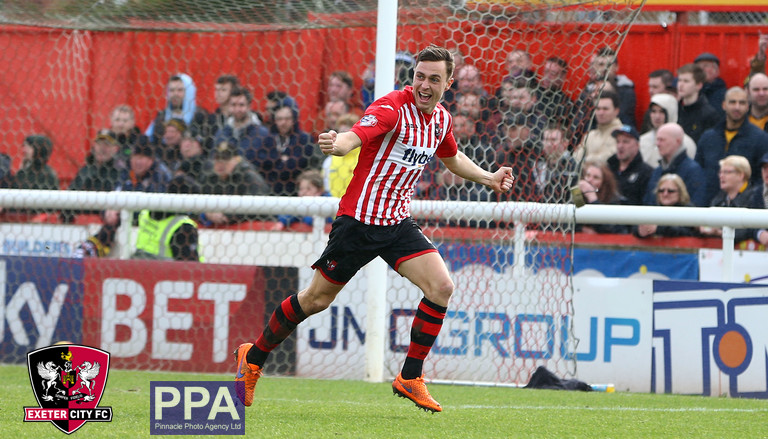 “It’s been easy in terms of we know Matt (Taylor), and we know Dan (Green), and some of us knew Chris Weale already.

“Eric (Kinder) has come down and been brilliant, they’ve all settled in and done a good job. You can learn more from the new people that you meet, people have different opinions and you can only learn and improve your game from taking bits from people.

“We’re doing well, we just have to keep going, we can’t get carried away because there are a lot of games to play, it’s a tight league which has been proven year after year. If we can keep plodding along as we are then I think we will be fine.

“There are thoughts where you look at the league table, and that has to come into play because you don’t want to let things drift or become complacent either. It’s one game at a time, but until you get past Christmas and into March and April then you can look at things differently. Between now and then it’s very much one game at a time.”

Jordan was part of the sides that were defeated at Wembley in the play-off final over the last two seasons, and he believes that the current crop of City players have what it takes to go one better.

He explained: “We’ve been so close over the past two years, and I think if we can keep everyone fit then it helps. I know this season we have lost Troy Brown and Craig Woodman for a spell, but we have got a good core group team here and it’s probably one of the strongest I’ve been part of. If we can keep everyone fit, then we’ve got a really good chance of doing something. I think that is the key.

“We’ve had confidence at St James Park for a while now, over the last couple of seasons it’s something we’ve pushed on and Matt has been a part of that.

“Even before he was manager, he really tried to help nail the home form and it’s a big part of Exeter. We have to do a lot of travelling, we went to Grimsby and were on the coach for eight hours, and other teams have to do that as well. The home form is key and I think it’s what you base your league results on in the end.”