City-defender Pierce Sweeney's stunning strike against Cheltenham Town on Saturday, September 22 at St James Park has been voted YOUR Vospers' Goal of the Month for September.

Sweeney notched his fourth goal of the season against the Robbins, leveling the scores quickly after the break at 1-1.

Great work from Nicky Law and Dean Moxey down the left allowed Moxey to swing a high ball into the penalty area which was headed out to the edge of the box to Sweeney, who lashed in a low drive on the volley which flew past Flinders and nestled into the bottom left corner of the goal. 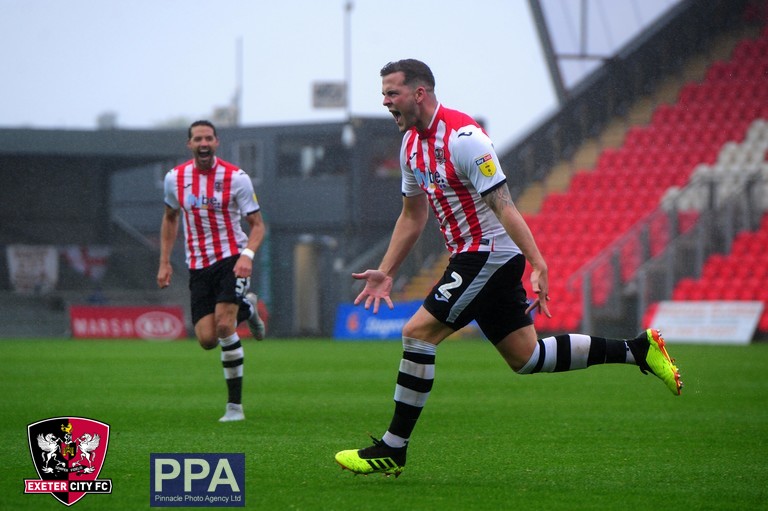 Speaking about winning the award, Pierce said: "It's nice. Deano scored a nice goal against Mansfield but other than that I kind of expected to get Goal of the Month.

"On a personal note it's lovely but he most important thing is us winning and staying in the top three.

"I didn't really know how early it was in the second-half. The ball got nodded down and it just sat up lovely for me and I caught it lovely, kept it low. The minute I hit it I knew it was in and I was off celebrating."

The goal took 85% of the votes. You can watch it from multi-angles👇

Thank you to everyone that took the time to vote, the winner of the pair of tickets for City's match against Swindon Town on Saturday, October 13 is Gary Woollacott who will be contacted directly to arrange!