‘More of the same’, is the message from Exeter City manager Matt Taylor as the Grecians travel to Mansfield Town on Saturday.

City go into the game on the back of a morale-boosting 5-1 victory over Notts County and it was the manner of that performance that pleased Matt the most has his players worked hard, pressed from the front and took their chances.

However, Mansfield have yet to be beaten in League Two this campaign and it is for that reason the City boss knows they will have to reach the same heights if they want to be successful at the One Call Stadium.

“There is no doubt that it was a good performance against Notts County, from start to finish we were on it,” said Matt. “We attacked the game, played on the front foot and had a real purpose about our play. We were pleased with that performance but as soon as that was done it is very much on to the next and we have got a really tough test this weekend.

“Mansfield are a good team. They are well coached and they play a certain formation which could cause us problems on the day if we are not right.

“It is going to be a test and whenever you go to Mansfield you know you are in for a game. They have got some good players as well so they will be right up for it.

“They didn’t have a game last weekend so they will be fresh. However, there are no excuses from us. We have got to be right on it from the word go. We really have. However, if we put in a performance, similar to what we did last weekend, then we will give ourselves a chance.”

Matt has a couple of injury concerns as both Troy Brown and Craig Woodman are set to miss the match. However, he says that will give an opportunity to other defenders – like Luke Croll, Dara O’Shea and Jimmy Oates – to step in and all of them have impressed this season.

“Yes, you lose two out of your back four and you are going to be worried but I have got good players at this club,” said Matt. “We have brought Dara in on loan from West Brom and he has been excellent and he has been patient and it is the same with Luke Croll and Jimmy Oates.

“They have bided their time in terms of waiting for an opportunity and their opportunity will come in the next couple of weeks, without a shadow of a doubt. Some will get game time again on Saturday and I am backing them in terms of their ability to step up to that level.” 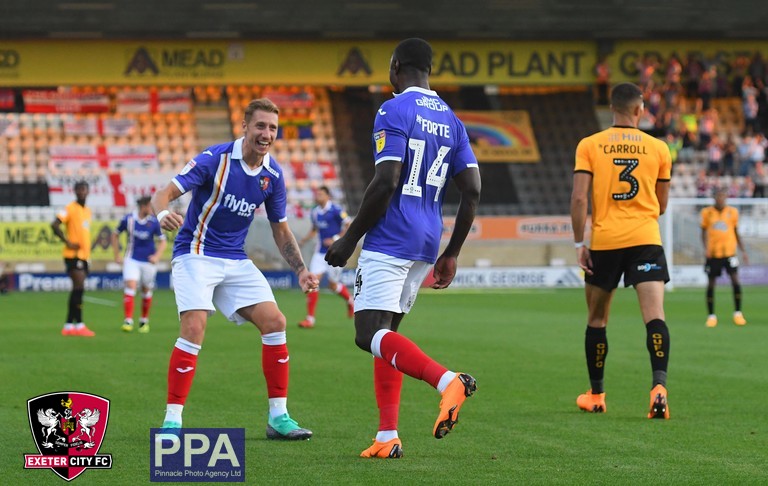 Jonathan Forte is also set for a return having recovered from a hamstring strain.

“Jono (Jonathan Forte) we think will be fit,” said Matt. “He has had another week’s training. It was just too big of a risk to play him against Notts County after two weeks out with a hamstring strain.

“It is a big bonus. He was a big part of the start to the season that we had. He was scoring goals and he was a real threat and he looked fit and firing. He has trained well this week and it will be my decision whether I put him straight back in.”