Exeter City manager Matt Taylor believes his side will have to be prepared for everything as they welcome Notts County to St James Park.

With County now under a new manager in Harry Kewell, who has had just one week to work with his new players, Matt says it’s difficult to judge how the Australian will set his team up.

Ahead of the match, Matt said: “They have had a change of manager and he will have had a week to work with the squad and he will still be assessing his group and working with the ways to get the best out of that group.

“It is always difficult to play against a team with a new manager because you don’t quite know what to prepare for. He might change shape, formation or personnel. So, we have got to be prepared for everything. The group are hungry to bounce back off the Lincoln game and hopefully we can take this week’s training into the game.”

With the likes of Archie Collins, Luke Croll and Dara O’Shea amongst others impressing in the midweek penalty shootout win over Yeovil Town at Huish Park, Matt admitted he was pleased with how the players performed and have pushed themselves into his thinking regarding selection.

“I thought the majority came through it pretty well,” said Matt. “On another night we might have had a couple more goals but to get a clean sheet is a bonus on the back of a 3-0 defeat at the weekend and then the extra bonus is, obviously, winning on pens.

“I thought the performance was good and the attitude and the application throughout the group was excellent on Tuesday night. 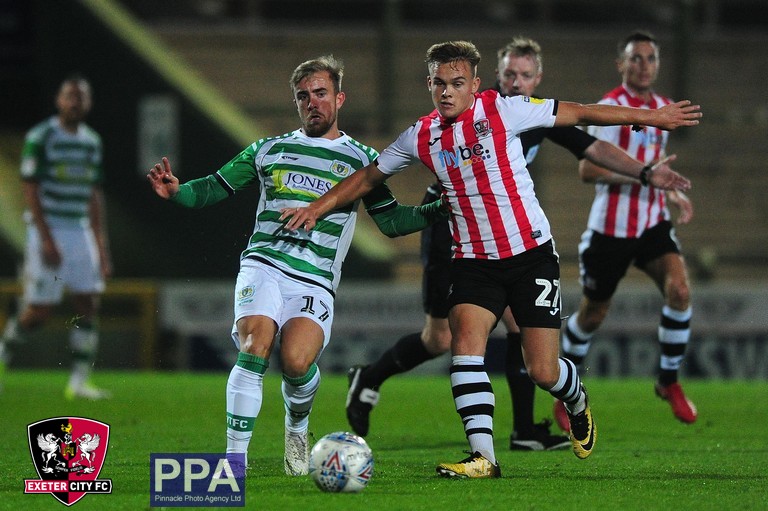 Much of City’s attacking threat has come in the form of new signing Jonathan Forte so far this season, but with the striker limping off with a hamstring problem in the defeat to MK Dons recently they have had to do without the forward.

And despite it being an opportunity for Jonathan to play against his former club, a place he left last summer, Matt believes he has to be mindful of not rushing him back into his line-up due to the nature of the injury.

“He did a little bit of training today, so we have got to asses him tomorrow and if he gets through the next 24 to 48 hours then, hopefully, he will be available for selection,” said Matt.