The Cans for City scheme has funded a Thank You Silent Soldier silhouette which is proudly on display in the Memorial Garden at St James Park.

To mark the final year of the World War One centenary, The Royal British Legion has been inviting the public to take part in a movement to say thank you to the First World War generation who served, sacrificed, rebuilt and changed the nation.

In support of the thank you movement they were offering, for a donation, a variety of silhouettes to symbolise the communities that took part in WW1 and helped shape the nation as we know it today.

Exeter City Football Club is pleased to have supported this initiative and, funded by the Cans for City scheme, have now received a Silent Soldier silhouette which has been incorporated into the Memorial Garden at St James Park. 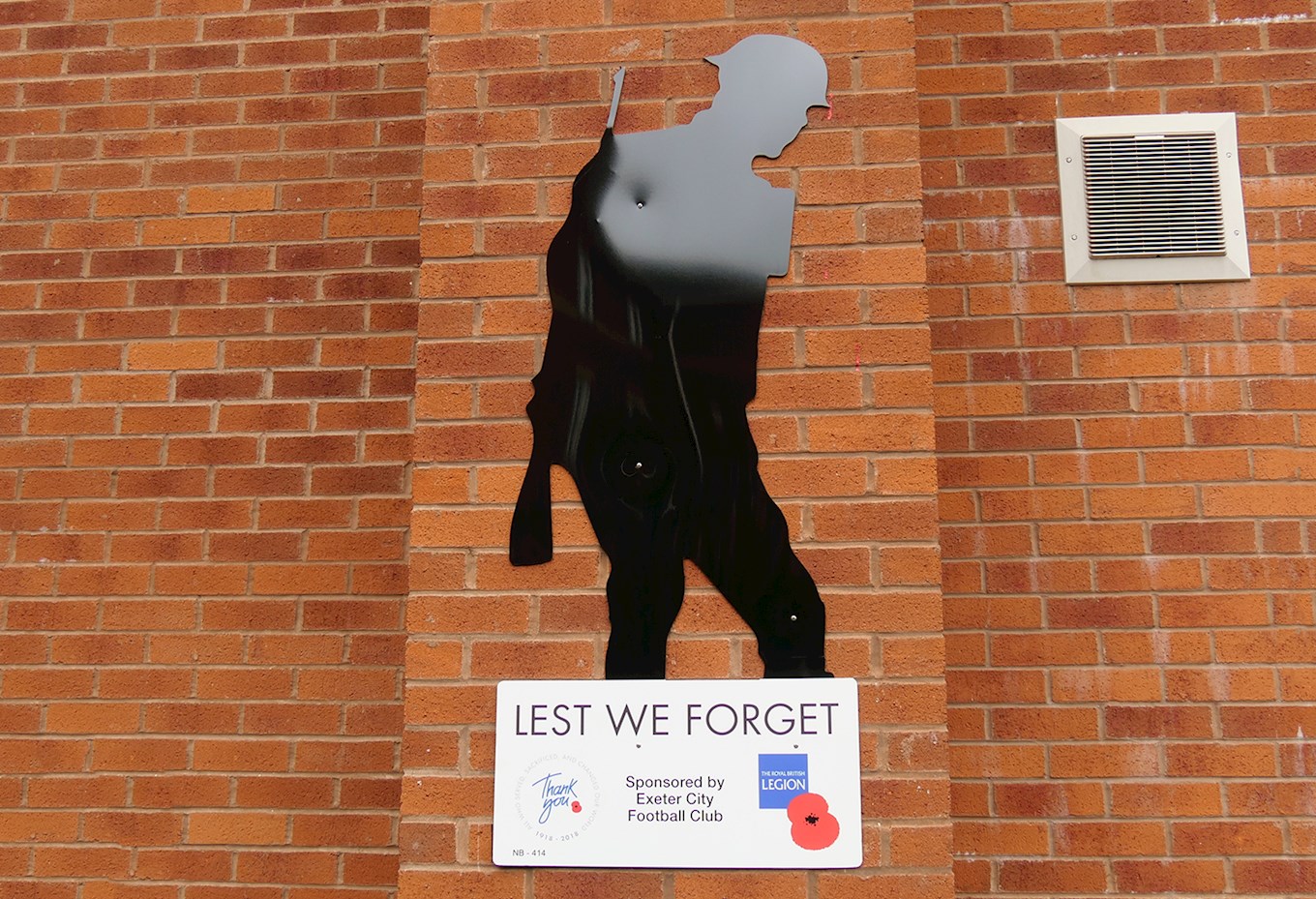 The Cans for City scheme has been running for a long time at the club. It was something that former estates manager, Dacre Holloway instigated at the club before he sadly passed away and his brother, Andy, took the reigns in his memory.

Not only is it sensible to recycle the cans, the funds raised help with the various jobs around the ground that could use a small cash injection.

There are drop off points at St James Park if you would like to recycle your cans.