Happy Christmas to you all and thanks to everyone who has enjoyed, or should that be endured, my monthly musings. It’s a great privilege to be able to write about the club and everything we have going on – both on and off the pitch.

Every year it is my job to report to the club and trust AGM, where I look back over the past year and the headings are the same this year, as they are every year.

My first heading is always the team. The last time I looked we were second in the league, it’s a long way from 2003 when we were in a different league altogether, in more ways than one. Matt Taylor’s team has now been built in his own image, and the proof is in the pudding, not the Christmas pudding…it will be great to see a full stadium for the Newport County game on Boxing Day, it’s always a fantastic family atmosphere. 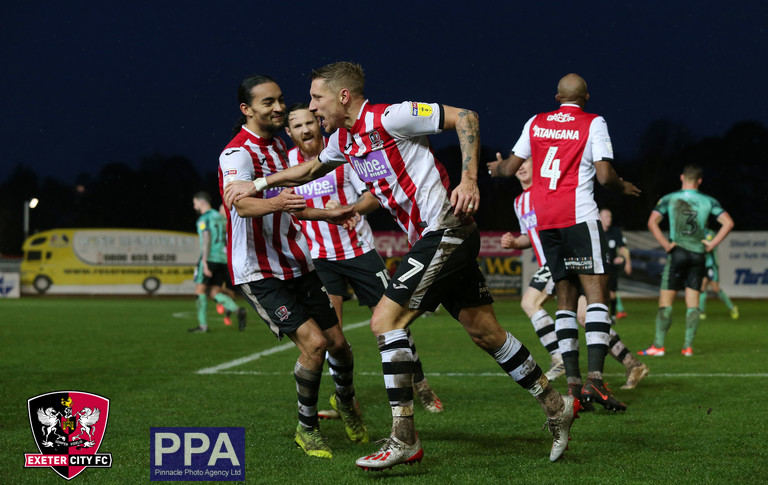 My second topic is the Academy, which can be viewed at this moment in time in the shape of Archie, Jack and Ben all true stars – and how fitting that the Supporters’ Trust campaign to raise funds for the Academy should be called the STARS campaign. Have a look at their website to see how you can support, not just our players of the future, but a key component in the success of Exeter City Football Club. A year ago, I said Sparkes would be flying – he is…

Succession planning is always important in any business and something on which we place great importance. One look around our ‘boot room’ shows just how well its working – Matt, Dan Green, Arran Pugh, Wayne Carlisle, all players at one level or another for the club giving them invaluable insight, experience and knowledge in their roles and the requisites thereof. It’s always great when a plan comes together and often there is more thought behind it than perhaps at first meets the eye.

Next it is the turn of the charity – our club’s dynamic partner charity, CITY Community Trust. In 2003 the turnover of CITY Community Trust, or Football in the Community as it was known then, was £25,000. Today it is £1.7million and there is still so much to do in support of Greater Exeter and beyond. CCT continues to deliver against the ever-increasing demands vital to so many within our city and its surrounding areas for us all. We’re really proud of everything the charity has achieved and the plans it has for the future. As a club we continue to do everything we can to support the charity’s work.

The players also have a large part to play in our role in the community, whether that is attending a CITY Community Trust holiday course, appearing at a Supporters’ Trust event, supporting a Junior Grecians event, or visiting the hospital for the annual visit to Bramble Ward. An incredible 519 player community engagements over a year. All the lads work tirelessly on the pitch but what I see, and perhaps especially Jake Taylor (this year’s PFA Community Champion), is the same level of endeavour off it. 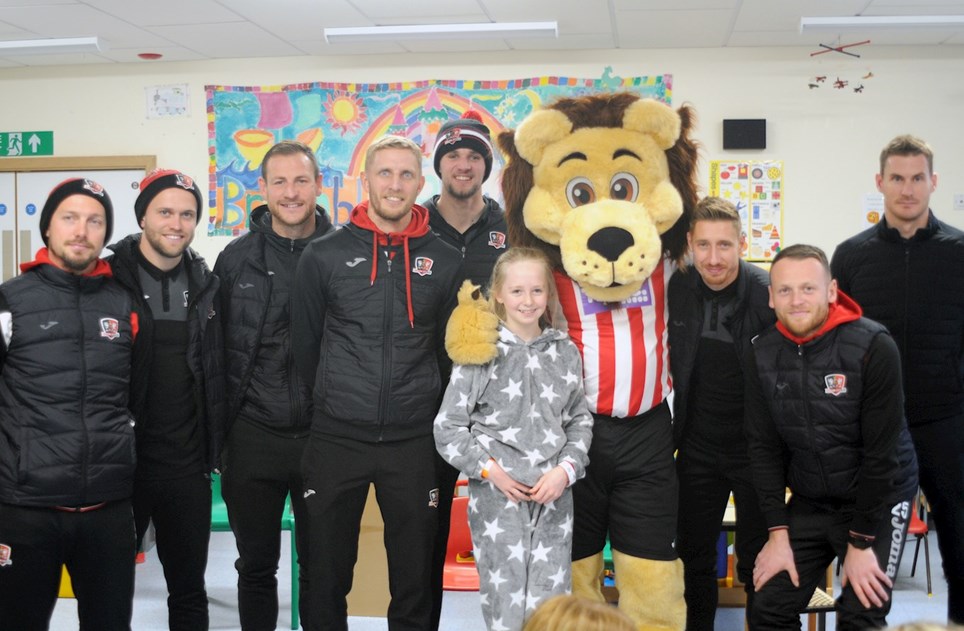 On that note, I’m sure you saw in the Expresss & Echo the pictures of the players brightening the days of children who are spending the festive season in hospital. There are always lots of willing volunteers when the call goes out for the hospital visit, keen to give up their own time and put smiles on faces of poorly youngsters. The hands always go up, to be honest, it’s harder to keep Deano out of the hospital than it is out of the opposition’s box. It was great to see Lee Holmes speaking so eloquently about the work of Bramble Ward, something he and his family had first hand experience of when his daughter was taken ill earlier this year – happily she is now doing really well. In the afternoon the players attended the seniors party and the evening saw them at the ‘meet the players’ event.

The success of our club today is born out of the efforts made by so many dedicated fans down the past years, and it will be the efforts and plans we make now that will determine our club’s future. Thanks go to you all for everything you have done and achieved. It’s time now to redouble our efforts, although a bit of a break at Christmas is allowed and richly deserved!

Here’s to the future – let’s hope it’s bright – and, of course, red and white!