Exeter City's home match against Northampton on Saturday, December 7, was not only a great 3-2 win for Exeter, the club also showed its support for the Football Association and Stonewall Rainbow Laces campaign.

The Rainbow Laces initiative to promote inclusion and diversity in football encourages all football supporters and participants to make the game something for everyone to be a part of.
In association with Proud Grecians (Exeter City's LGBT+ and allies Supporter's Group), the club's One Game One Community Group, Exeter Pride, Devon FA and Isca Apollo (the Exeter LGBT+ friendly community football team) and the club's Ability Counts, volunteers carried a giant rainbow flag onto the pitch at half-time. Rainbow Laces were also given to some members of the crowd. 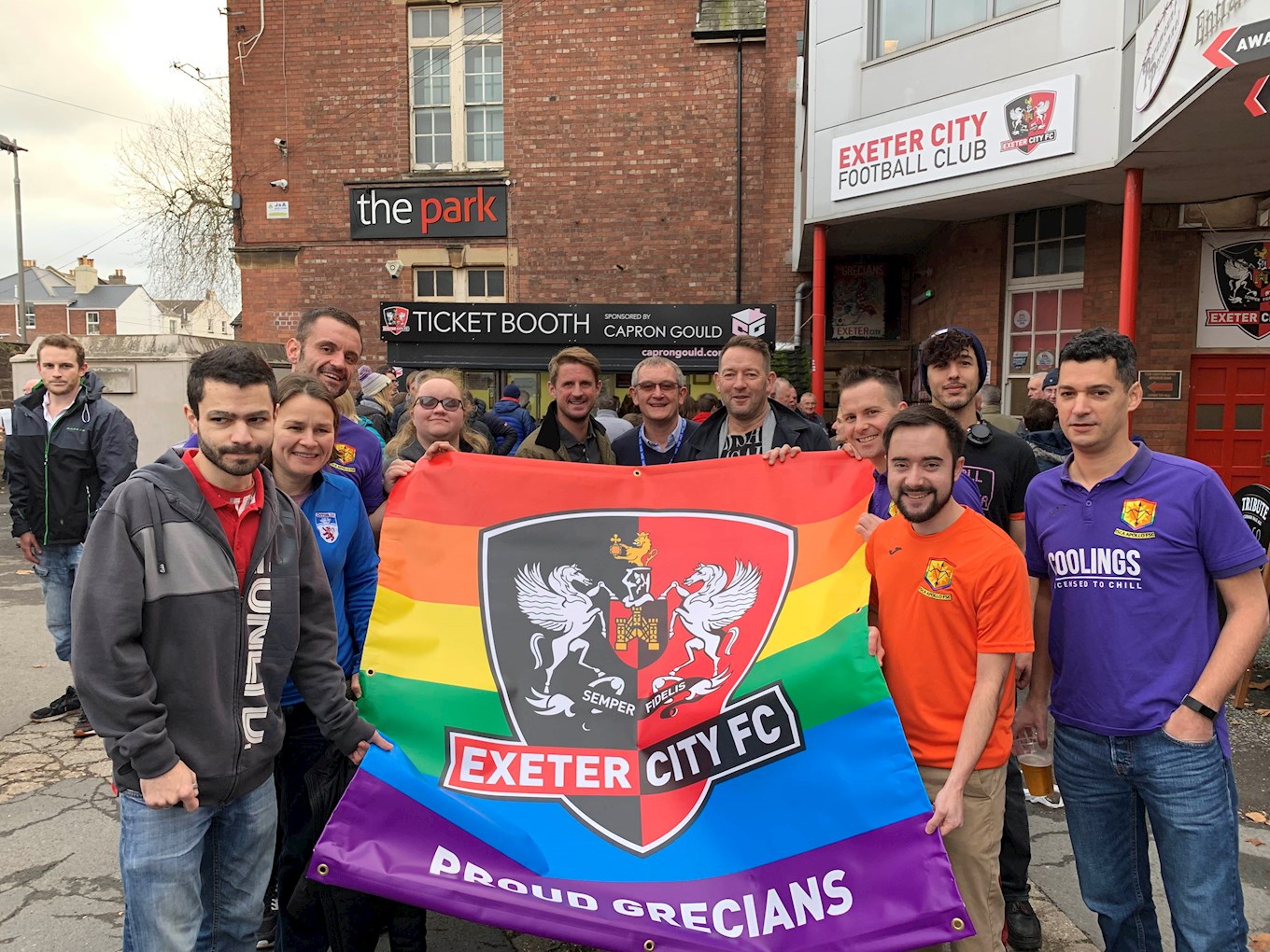 Proud Grecians offer their welcome to fans ahead of the game with Northampton Town
Simon Kitchen, Exeter One Game One Community Group chairman, said afterwards: "Lots of fantastic moments at St James Park but few finer than the spontaneous applause from the Big Bank and later at the NTFC end when we carried the rainbow flag on all four sides of the pitch to mark Stonewall Rainbow Laces Day."
Prior to the day the club's community teams were given Rainbow Laces to wear in support of the campaign.
The Rainbow Laces campaign has had a positive impact within its four years in football, inspiring around seven million people to feel more positive about LGBT inclusion in sport after seeing the campaign, while 4.8 million people have said they would be more likely to challenge anti-LGBT language in sport. 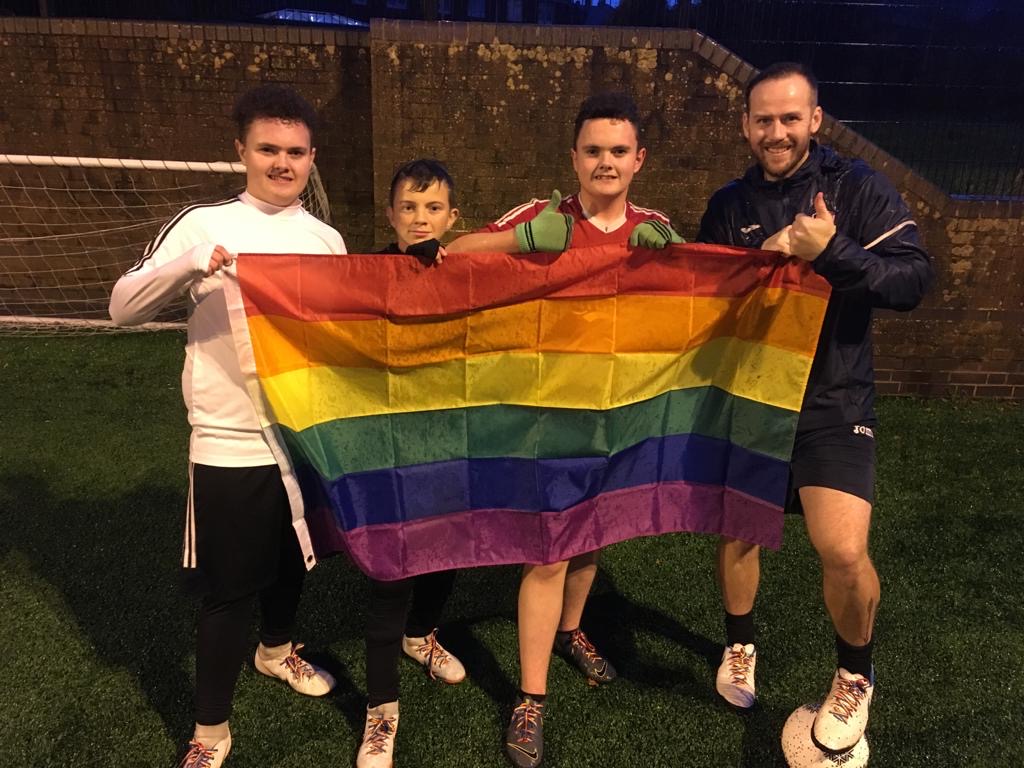 Exeter City Deaf Youth session members Jay, Alfie, Milan and Ash supporting Rainbow Laces at Wonford Sports Centre
Exeter City has a long history of supporting rights for all, including taking a stand
against homophobia for more than 10 years by supporting the annual Football v Homophobia initiative each February.
Exeter City’s One Game One Community Group is part of the national Kick it Out campaign which aims to address all types of discrimination in football including race, disability, gender, age, religion and sexual orientation.
Proud Grecians founder Alan Quick, praised the club for its support.
He said: “Exeter City has a great record on opposing homophobia and all types of discrimination and it is a credit to the club.
"Rainbow Laces is a really important campaign because it not only promotes inclusion but provides education. We have to develop a culture where, from a young age, everyone understands homophobia is wrong. If you wouldn’t say something offensive on the street then it’s not OK, under any circumstances, to say it on a football pitch or inside a stadium.
“Getting to this point will help change the culture of football, and perhaps even encourage players to come out who can then become role models to the LBGT+ community.
“We currently don’t have an openly gay male professional footballer playing in England. Of course, no-one should ever feel forced to come out, but Rainbow Laces is a chance to celebrate the LGBT+ community and make everyone in, or connected to it, feel comfortable and welcomed by football.”
Alan added that he believes one way to prevent homophobia within or around football stadia, as well as in society, is to encourage those who witness it to report it.