Sitting top of League One on the back of a 17 match unbeaten run, and having just knocked Manchester United out of the FA Cup in the third round, Leeds United came to St James Park full of confidence.

However, Ryan Harley did what Paul Scholes and company couldn't by nodding City into an early lead and then curling a superb shot past Casper Ankergren late on to give the Grecians a memorable victory in front of a full house at St James Park. 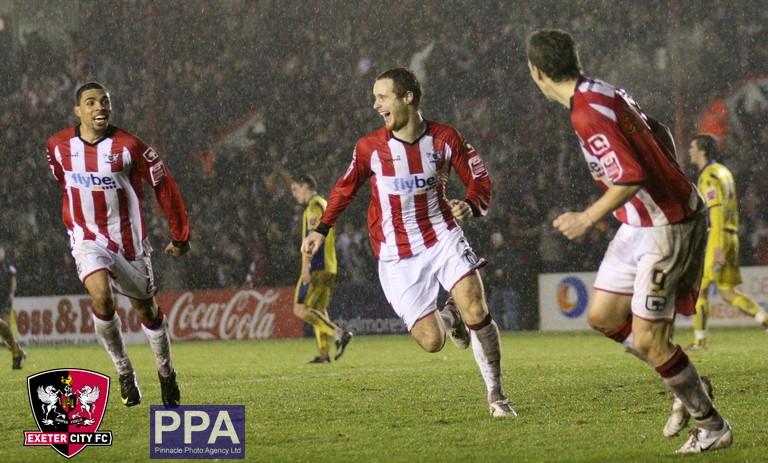 Then manager Paul Tisdale told BBC Devon Sport: "It was a wonderful day here. I think it was the first competitive full-house we've had since the Manchester United FA Cup game a few years ago.

"It went our way and we got a goal up, and the game plan was simple at that point, hang on and defend and try and catch them for a second.