Today we head back to December 18, 2010 as high-flying Sheffield Wednesday visited St James Park with the aim of going top of the table.

The match however looked in jeopardy as a huge downpour of snow looked set to call it off, but thanks to fans joining ground staff at St James Park to clear snow from the pitch and stands the match went ahead and was the only one in League One.

Sheffield Wednesday would have wished it hadn't however as City went goal crazy for a festive cracker of a match.

Jamie Cureton would open the scoring with a trademark neat turn and shot from the edge of the area on 29 minutes. City's lead would be short however as Tommy Miller leveled the scoring two minutes later. 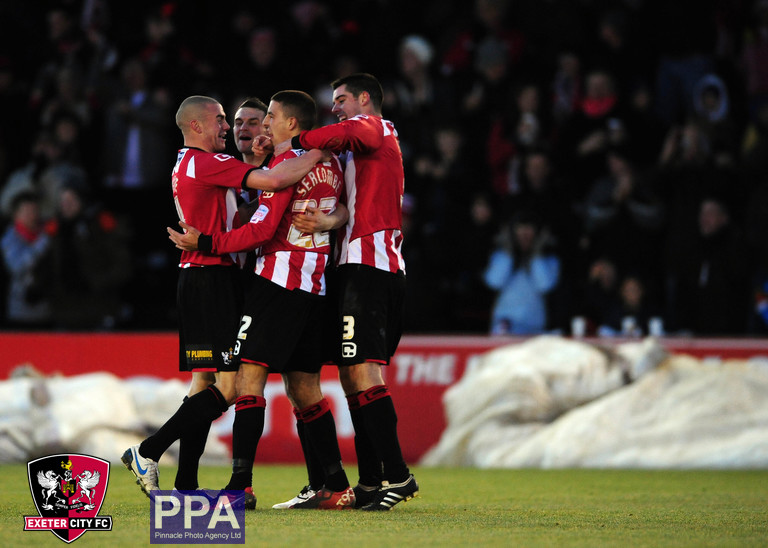 It would take until the 58th minute for City to go back in-front, as Liam Sercombe scored a spectacular long-range volley. Scott Golbourne then found the bottom corner, before Cureton rolled in from close range for his second and John O'Flynn fired in a low effort.

After the match, manager Paul Tisdale told BBC Radio Devon: "It was a great day. I've been questioned a number of times as to why I've stayed at Exeter and today was a perfect example of why.

"I only relaxed once we'd scored our fifth, that's my nature as you never know what can happen.

"We kept our tempo high and it was a really professional, good performance and I'm more than happy with they way the team have played."