On day 5 we head back to August 25, 2012 and a trip to Accrington Stanley where Alan Gow would shine for the Grecians in a 3-0 win which saw the end of Accrington's 100% start to the season.

Alan Gow would open the scoring with a fine curling strike from the edge of the box, but it was his second goal that really stood out. After the break, following good work from Liam Sercombe, Gow picked up the ball on the byline raced down on goal and wrapped his kicking leg around behind his standing leg to find the far corner of the goal with a pinpoint strike. 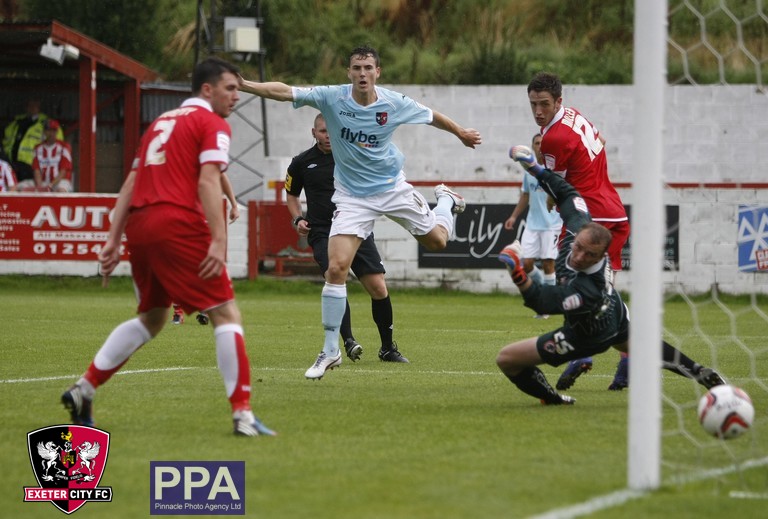 The three points were wrapped up in injury time as Guillem Bauza turned home from close range after John O’Flynn had headed down a Liam Sercombe’s cross.