It was a game of few chances and was goalless for an hour until Yeovil stormed into a three-goal lead as Francois Zoko slotted home before Shaylon Harrison and Alex Lacey both headed in.

With City still 3-0 down on 88 minutes at home to Yeovil Town, plenty of fans had already started to leave the ground when David Wheeler fired in to give the Grecians a glimmer of hope.

And they had probably got as far as St James Park railway station, or even Sidwell Street, by the time Troy Brown headed in a corner in the first minute of stoppage time.

However, by then the comeback was on as Jordan Tillson raced into the back of the net picked the ball back up and placed it on the centre circle. City's very next attack saw David Wheeler cross to the back post where Reid controlled the ball superbly with the outside of his boot before smashing a shot high into the roof of the net to make it 3-3. 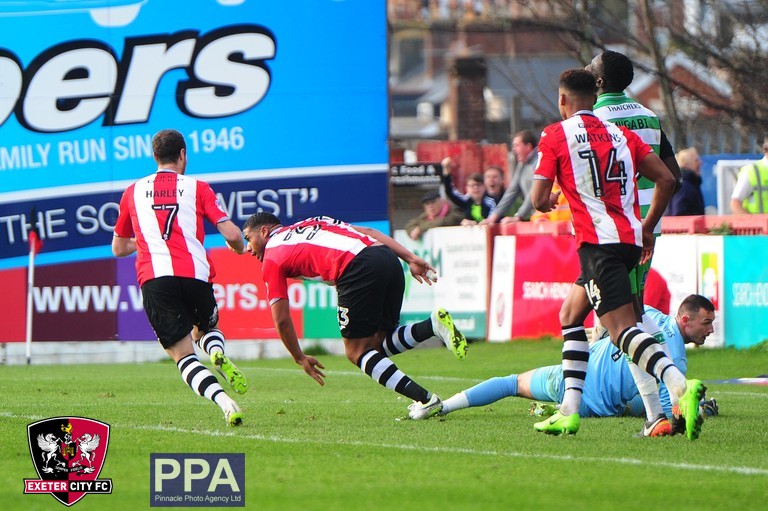 After the match, Manager Paul Tisdale said: "It is a lesson to our team as well that you can never count your chickens. Don't celebrate early. Don't think you are there.

"I want the players to leave today feeling good about themselves because they showed so much character and belief."