Thinking of making the trip? Here is all you need to know!

Away Fans visiting the Peninsula Stadium are located in one half of the East Stand, with a typical allocation of 1,100.

To travel to Peninsular Stadium from Exeter you have to take the M5 for 165 miles, then take the M6 to Bury New Rd/A56 in Whitefield, next you take exit 17 from the M60, continue on Bury New Rd/A56 and continue to Moor Lane in Salford.

You can fly from Exeter to Manchester with City's main club sponsors Flybe. Click here for more details.

At just over three miles away, Manchester Victoria is probably the closest mainline station to The Peninsula Stadium, which would make walking out of the question for the majority.

Instead, a taxi is advisable which will cost about £13 and takes around 18 minutes.

Alternatively, the stadium is served by the number 97 and 98 bus, which can be taken from Manchester Victoria, and will cost around £2.

There is no parking at the stadium for away fans, although there is limited street parking in the surrounds. However, some streets are in a residents only parking scheme, so make sure you watch out for signage.

There is also a park and ride scheme in operation, which is based nearby in Swinton which offers a direct bus to the stadium for a reasonably small cost.

Seated tickets are now totally sold out so just standing are available and on sale.

Please note: Prices are the same for both standing and seating areas.

There is a club bar at the ground, but this is for home supporters only. Although the Peninsula Stadium is situated in a largely residential area, there are surprisingly no pubs close by.

The closest to the Peninsula Stadium that welcomes away fans is the Star Inn on Back Hope Street in Higher Broughton whic his around a 15 minute walk from the ground. There is also the Fairways Lodge on George Street in Prestwich which is around half a mile, or a ten minute walk.

Click here to read a fans’ guide to visiting the The Peninsula Stadium.

The total distance between the stadiums, is 250-miles and it would take around four hours and twenty five minutes to drive. 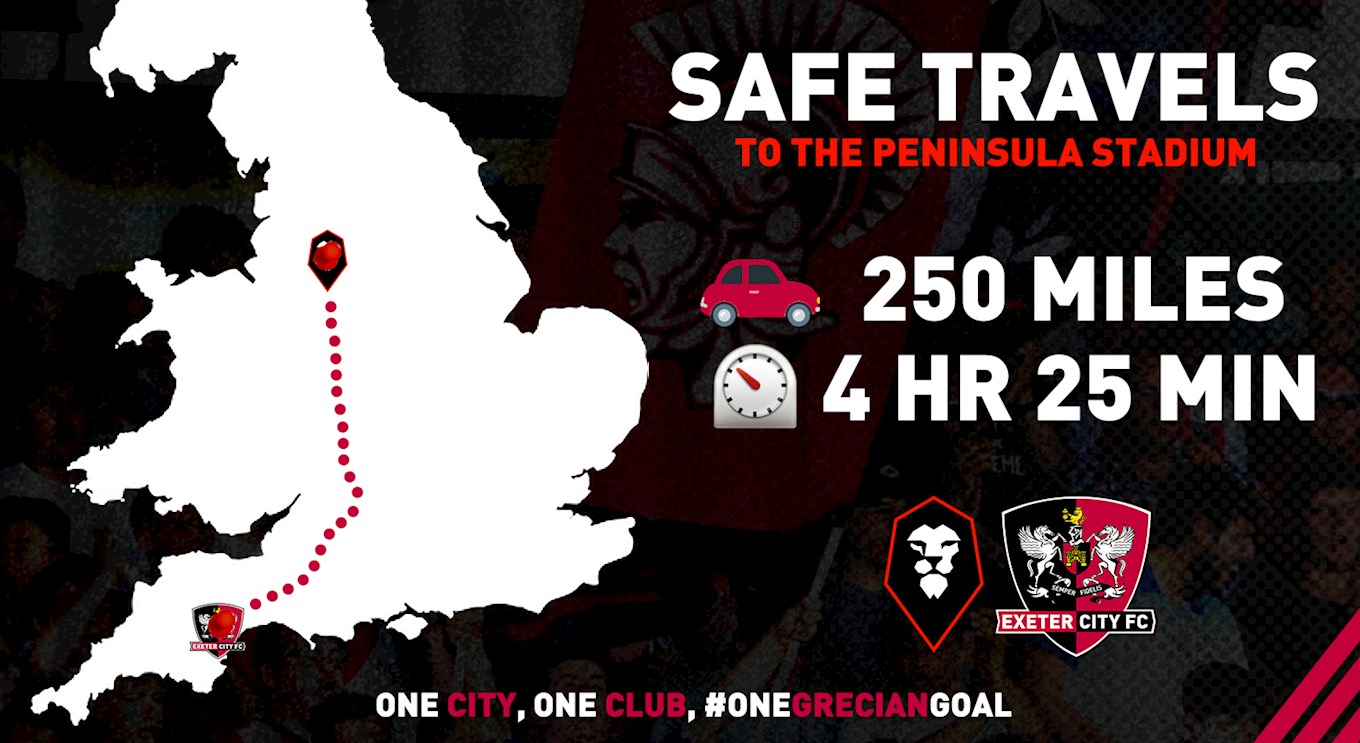