Exeter City are looking to make it four league wins in a row, as they face a Saddlers side who are unbeaten in the league since early November.

Walsall were founded in 1888 as a result of a merger between Walsall Town and Walsall Swifts which lead to the name of Walsall Town Swifts. This name wouldn’t last long, as in 1895, the club settled on the name of “Walsall” which is still their name in the modern era. They weren’t a stable Football League club until 1921, as they entered Division Three (North) after a fairly successful season in the 1920-21 season, where they finished 5th.

As Walsall are based in the Midlands, they often found themselves in South Division of Division 3, despite starting in the North Division initially. Similar to the modern day National League, it was due to the balancing of teams coming down from the league above, where there would be a higher amount of teams that would need play in one of the divisions, meaning teams in the middle of the country may have to switch league in order to even it out. In 1958, the league reformed, meaning Division 3 would change to Division 4 and hold South and North teams in the same division.

Walsall’s second season in Division 4 would be one to remember, where they won the league for the first time in their history. After winning the league, they achieved yet another promotion the following season, where they finished second.

After surviving for a season, they were relegated from Division 2 after a 21st placed finish in 1963. In 1999, the club achieved promotion to Division One, where they featured for three seasons, before returning to the newly formed League 1 in 2004.

Since then, a League Two win in 2007 and a League Cup Trophy final in 2015, are the highlights of a somewhat bleak period in the history of Walsall Football Club.

This will be the 77th meeting between Exeter City and Walsall. City’s biggest win against The Saddlers was a 6-1 win in 1952 in Division Three (South). Walsall hold the biggest win between the sides, as they won 7-2 in December of 1928.

Darrell Clarke is the became manager of Walsall following his sacking at Bristol Rovers in December 2018. He made 438 appearances at clubs such as Mansfield, Hartlepool and Salisbury between the years of 1995 and 2013.

His management career started at Salisbury, where he was made joint caretaker manager of the club. After becoming the permanent manager, he guided Salisbury to promotion via the play-offs. 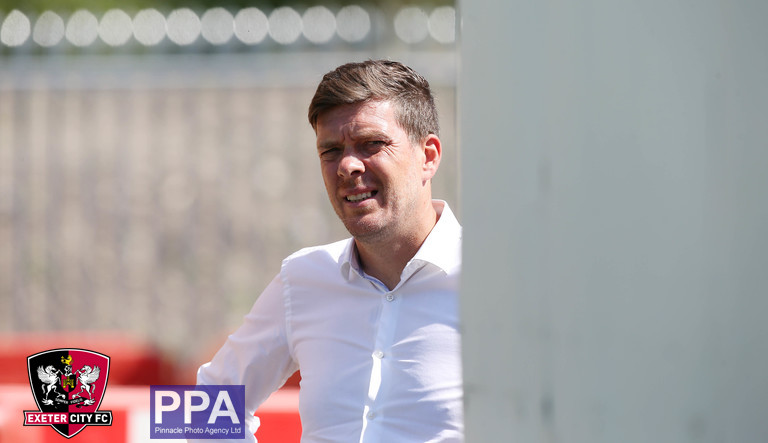 After another promotion in 2013, where they beat Dover Athletic, Clarke took on the manager’s job at Bristol Rovers, where the majority of managerial career has been spent.

After experiencing the highs of promotion with Salisbury, he would experience relegation for the first time as a manager as on the last day of the League Two season, Rovers lost 1-0 at home to Mansfield and were relegated to the Conference. However, this seemed to be a turning point for Clarke, as he managed to achieve back to back promotions from the Conference to League One between 2014 and 2016.

After overseeing Rovers for four years, in December 2018, Darrell Clarke resigned following a poor run of games were Rovers struggled for wins. In May 2019 however, he returned to football management as he took over Walsall, who had just been relegated to League Two.

The Bank’s Stadium was constructed in 1990, following Walsall’s move from Fellow’s Park which they played at for just under 100 years. The Stadium is famous for being located very close to the M6 and is considered almost a landmark for football fans on away days up country. 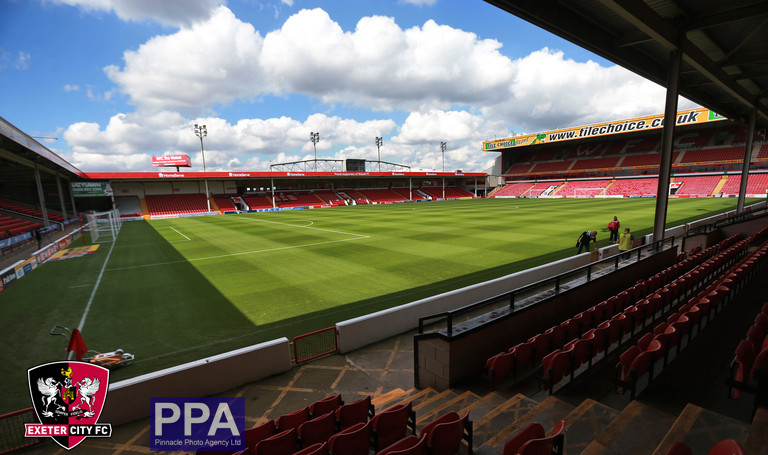 Whilst they have never filled to capacity, which stands at 11,300, the Saddlers managed to pack the stadium to 11,049 during their game against Rotherham United in May 2004.

The stadium is used for a variety of different purposes, including the likes of England’s youth teams at men’s level and the senior team for women’s level. The stadium is also used for Aston Villa’s reserve team, who share the ground with Walsall on a regular basis.

Despite being born in Alberta, Canada, 27 year old Lavery represents Northern Ireland, where he made appearances at under-19 and under-21 level between 2009 and 2014.

He made a singular appearance for Canada’s under-17 in 2007 however, but ultimately switched his allegiance to Northern Ireland.

Caolan starting his playing days his native Canada for Red Deer Renegades, he moved to Ipswich in 2009 to join the youth setup in Suffolk, following a brief stint at Northern Irish side Goodyear F.C. 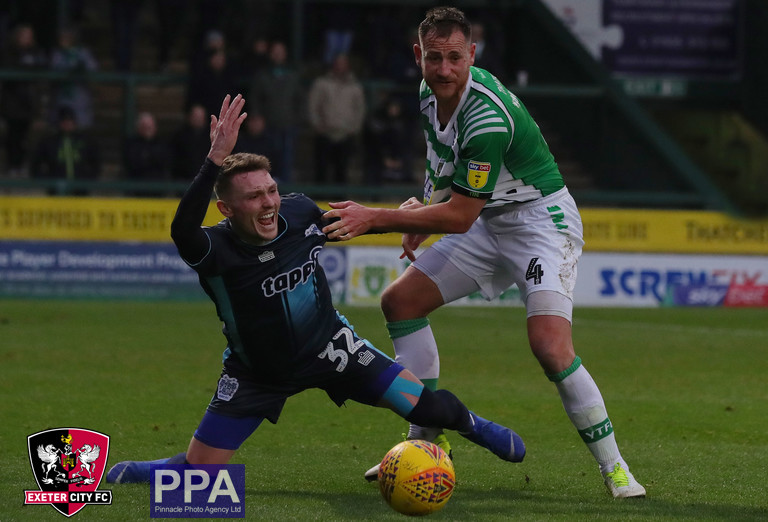 After two years at Ipswich, he joined Sheffield Wednesday in 2012 following his release from The Tractorboys. He made 34 appearances for Wednesday, before moving to local rivals Sheffield United in 2016 following loan spells at a variety of Football League clubs.

After 30 appearances and another two loans spells, he joined Walsall in August 2019 after he was released from Sheffield United, following their promotion to the Premier League. 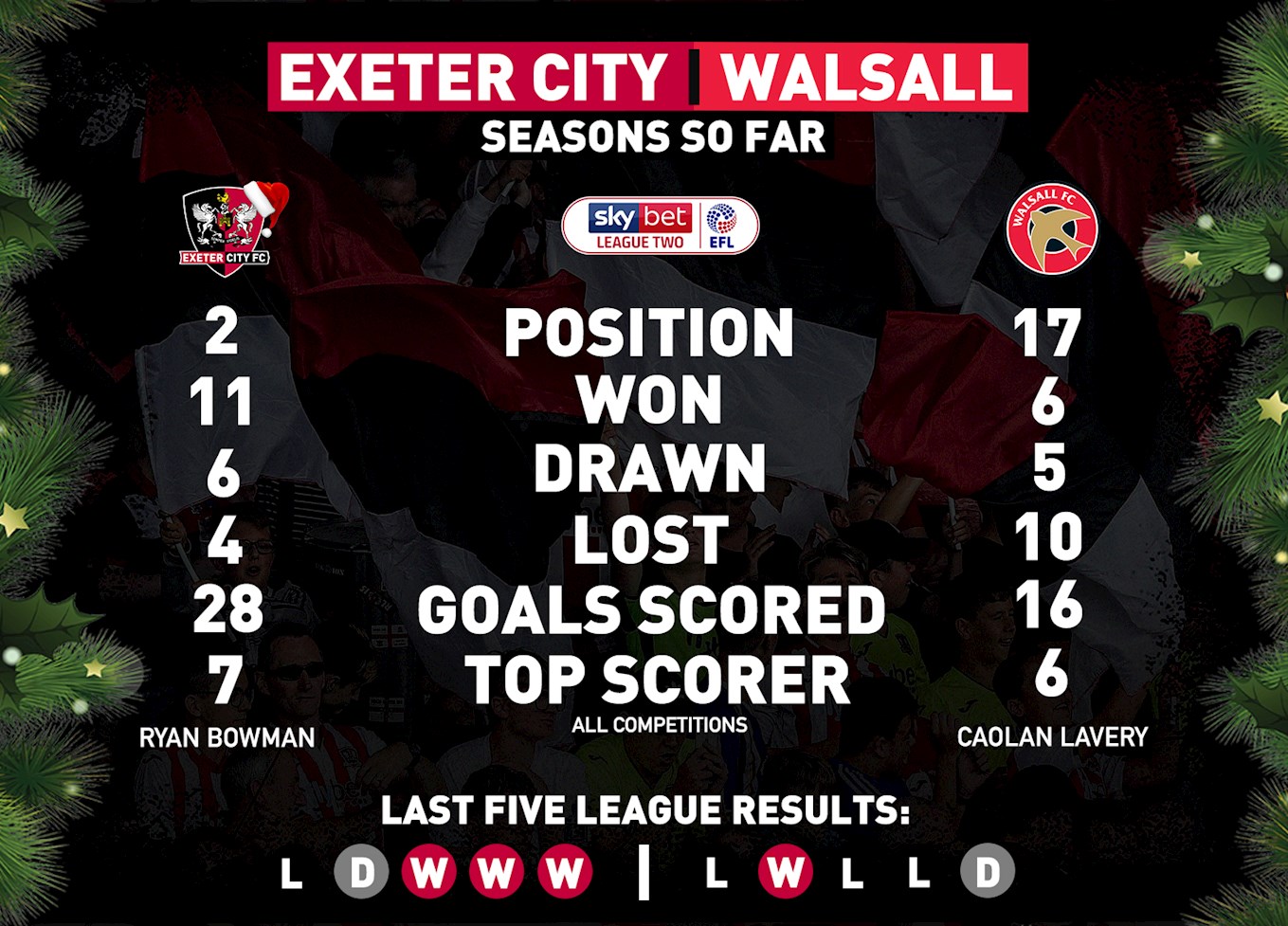 It was raining goals in the second half at St James Park, as goals from Naridello, Sercombe and a brace from Alan Gow give City a vital three points at the business end of the season. The Grecians would however be relegated at the end of the season. 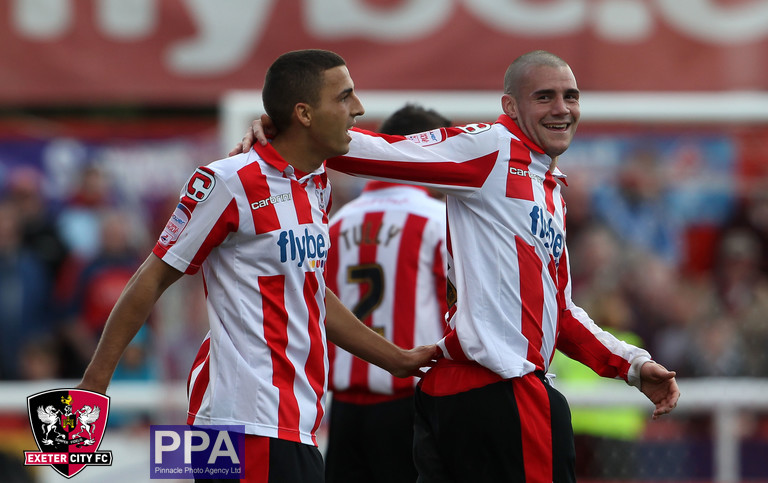 A first round FA cup replay saw the Grecians travel to the midlands in an exciting affair. Richard Logan put City ahead a few minutes before half-time, but Walsall levelled through Jon Macken. Alex Nicholls would then put the home side ahead shortly after, but Elliot Frear scored in the 77th minute to level things. The game went to extra-time and the Grecians were beaten by a 98th minute finish from George Bowerman as Walsall progressed.

In the original FA Cup tie the Grecians were held to a 1-1 draw by their counterparts. In fact, City went dangerously close to being out of it when Mark Wilson put the Saddlers ahead after 21 minutes. The Grecians managed to get the all-important equaliser in the 90th minute through David Noble to set up a replay.