Nicky Law says the Exeter City players have not got distracted this week with the euphoria that greeted their win over MK Dons and their focus has been very much on Carlisle United.

A crowd of 5,766 witnessed City put in one of their best performances of the season as they brushed aside one of their promotion rivals with two goals from Nicky and one from Jake Taylor.

And the fact that they did it against a former manager in Paul Tisdale, and a few former players, has led to a lot of jubilant comments from supporters in the days that have followed.

However, sitting just inside the play-offs in seventh, with another rival in fifth-placed Carlisle to face this weekend, Nicky said the players couldn’t allow themselves to get caught up in that hype and had to make sure their focus was spot on for what will be a very difficult trip to Brunton Park.

“It is the way we have tried to approach things this year to take things just one game at a time, so as soon as the game had finished on Saturday the message was onto the next,” he said. 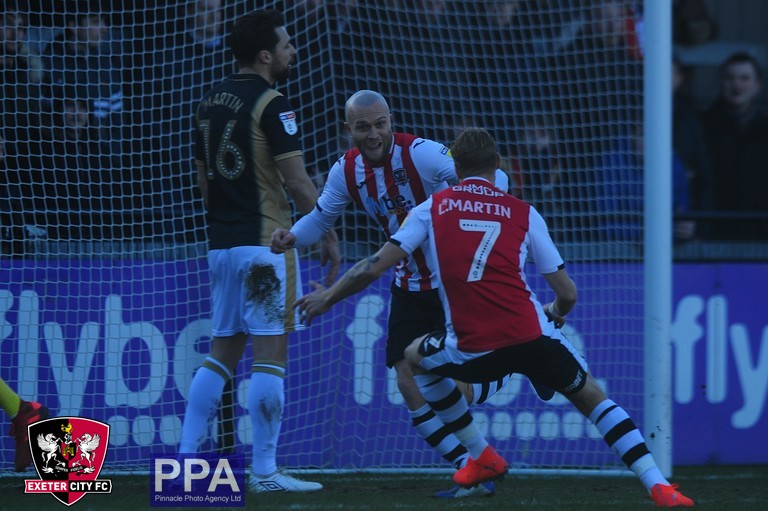 “Our thoughts automatically went onto this Carlisle United game because they are the form team in the league. They have won eight out of their last nine in the league. They will also be determined to turn around the result from the first game of the season. However, we feel confident so it should be a good game between two good sides.”

Nicky also added that they have not tried to look too far ahead either. City have a daunting month with Bury and Lincoln City, both of whom are in the automatic promotion places, to face before February is out.

“You would obviously be lying if you said you were not looking forward at what games you have got coming up in the running because I think everybody looks to see what type of fixture you have got, but in terms of the week the Monday always starts with prep for the next game,” he added.

“We have done a lot of video work and a lot of work out on the training pitch, which we do for every game, so we will be fully prepared for the match it will just be up to us to carry out the game plan as well as we have in the last couple of games.” 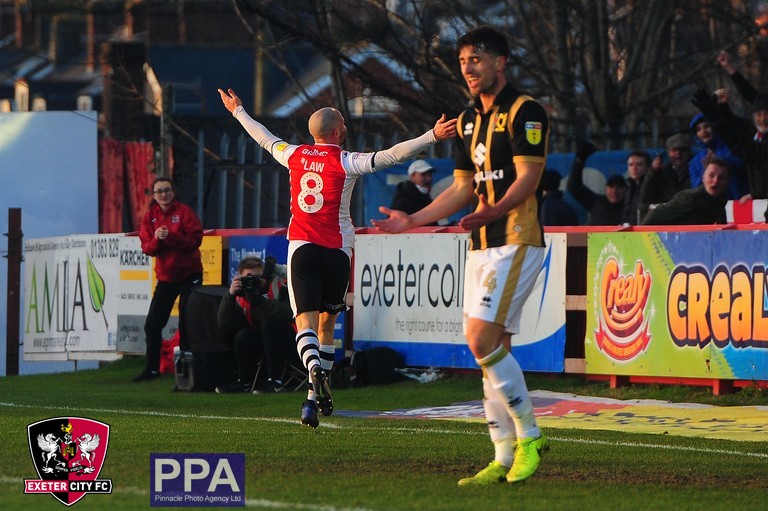 Nicky celebrating in front of the Thatchers' Big Bank

City will also take a good travelling of supporters to Brunton Park, despite it being the longest journey of the season for the Grecian faithful. Nicky is hoping they will be in good voice as he says it has helped him this season when they have cheered him and the other players on.

“I appreciate it a lot,” said Nicky. “Since that first game, Carlisle United at home, they have taken to me and they have been brilliant. The support and them singing my name it is hugely appreciated and any player will tell you that support from the fans – and them singing your name – it does seem to get the best out of you.

"I am no different, it does seem to give me that extra five or 10 per cent. Hopefully that will continue and, hopefully, I can continue producing performance that they can enjoy. “