Having conceded just one goal in four games during January, Exeter City’s Dara O’Shea and Christy Pym have both been nominted for the January PFA Bristol Street Motors League Two Player of the Month Award.

Both players played every minute of every match during the month as the Grecians began with an impressive win away at Swindon Town, before a 0-0 draw at home to Morecambe. A 1-0 loss at Newport County AFC followed before City ended the month with a 1-0 victory over Cambridge United. 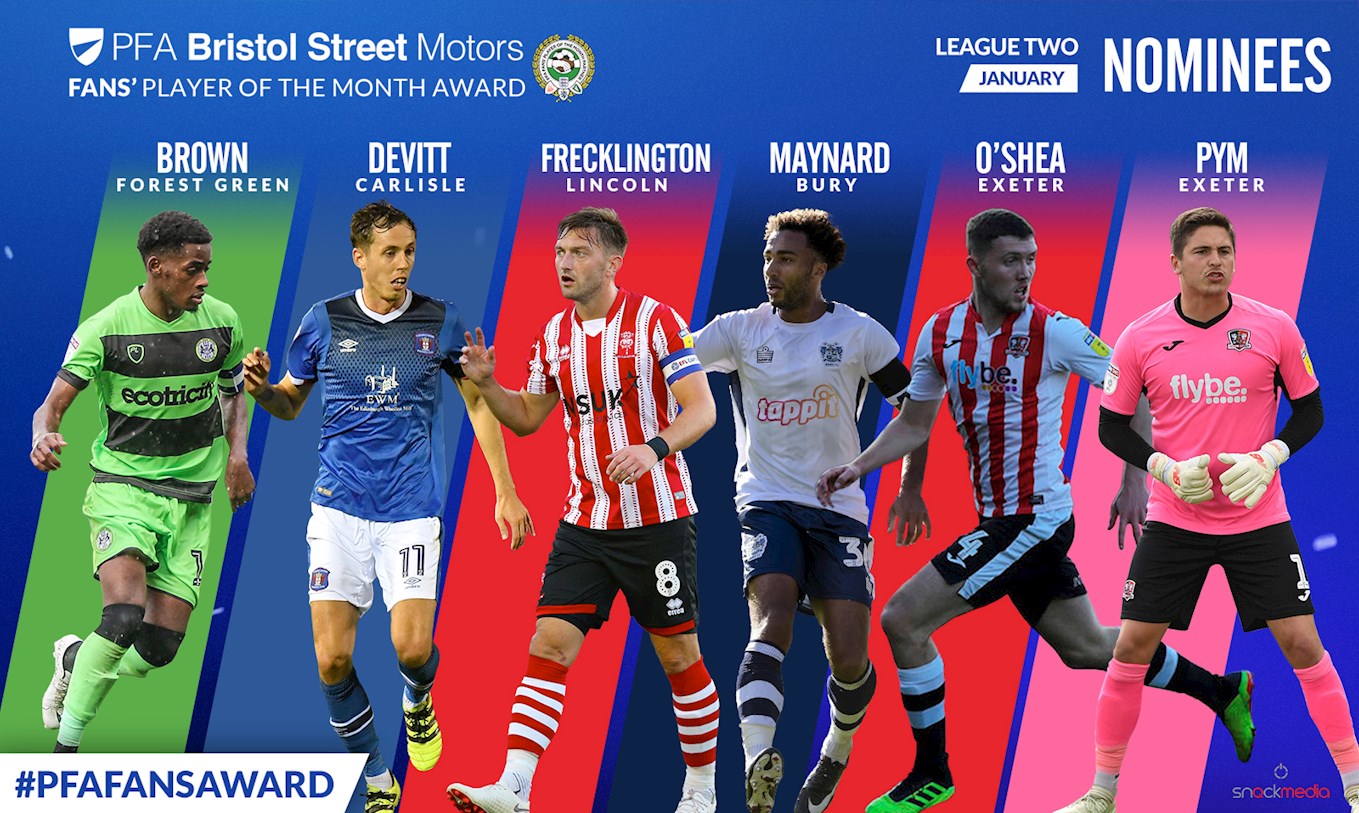 Fans have from now until 8am on Friday morning to register their votes so get voting for Dara and Christy below now!

You can also vote by clicking on the following link http://po.st/PFAVOTE