In this monthly column, written for the Express & Echo, he brings an exclusive look behind the scenes at St James Park.

What a difference a month makes…at the end of the last column you might remember, but I doubt it, that I said ‘don’t worry there will be a few more signings coming in’; little did I know there would be nine new pairs of boots about to take to the hallowed turf… It’s certainly kept the backroom team busy, with more comings and goings than Love Island contestants! We’re looking forward to welcoming Nigel Atangana, Tom Parkes, Lewis Ward, Alex Fisher, Gary Warren, Jonny Maxted, Nicky Ajose, Robbie Cundy and Noah Smerdon to Exeter City. 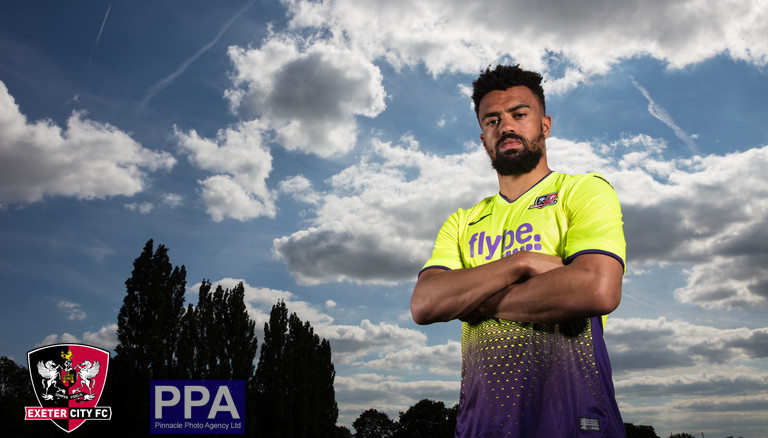 We were delighted to sign Noah Smerdon from West Brom, thanks to the club’s 1931 Fund, a group of around 60 Exeter City supporters who all donate £19 a month to help pay towards an extra member of the first-team squad. The fund is named after Exeter City’s famous FA Cup run from that year and is led by Alan Crockford – who remembers his column in the Echo – the Crockford Files? It was a fantastic column and something I can only aspire to in my monthly musings. There’s much talk about how fans love their clubs and of course we’re always championing how original we are, but a signing like this, and a great player like Noah, is the real measure of how fans get their hands dirty and really get behind their club.

The pre-season games are certainly beginning to warm up, Ryan Bowman’s impression of Ronaldo at Bath City certainly augers well for the season. With Grimsey’s return with Swansea to St James Park on Saturday, Weston-super-Mare, Taunton, and the Gulls lined up, things should be in good shape by the time we meet Macclesfield on day one of the season. 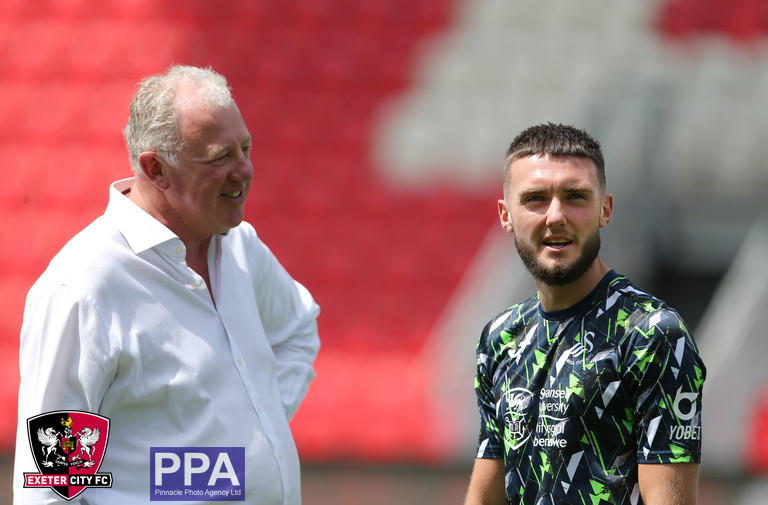 Things certainly feel very different around the training ground this season. After the hurly-burly of last year, and the change of manager, this team is very much built in Matt’s image – guess what? They are bigger!

I did see the lads had been taken out for a ‘recovery’ session along the East Devon coast. Recovery session? Looked more like a Sunday afternoon ramble to me, and they finished with a full-on nosh up of fish and chips at Ladram Bay Holiday Park. Ladram Bay are big supporters of our club and they looked after our team in fine style. 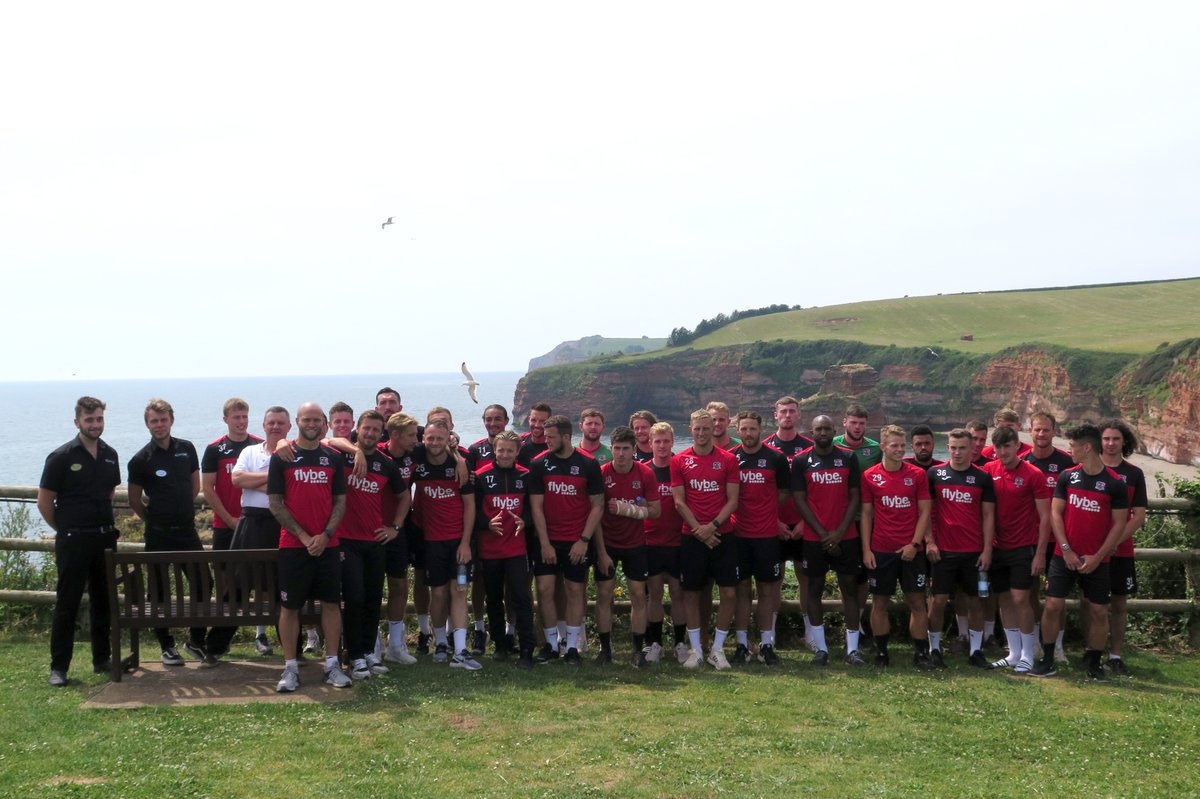 There was another accolade for CITY Community Trust at the Devon Sports Awards this week. Picking up the award for business contribution to sport in the community, now who was it that they beat again…?

The brilliant team, led by Danny Harris, are currently delivering the NCS programme in the city. More than 500 young people signed up for the programme this summer, if you see them working on the social action projects in the city or on social media, make sure you support them where you can. This is an amazing programme, which not only helps young people to grow and develop, but also gives back to our community. Talking of giving back, CITY Community Trust have got their next Lord Mayor’s Charity fundraising coffee morning at the Guildhall on Saturday – why not drop in before the Swansea match, for a cup of tea and a slice of cake!?

The One Game One Community Tournament was, yet again, a huge success, with 16 teams taking part in the contest at the University of Exeter. Well done to Marcel's Allstars who took the men’s title for the third year running and the winners of the female tournament Exeter City A, who were the victors against Plympton A.