A wonder strike from Jake Taylor gave Exeter City a 2-1 victory over Southend United in a behind-closed doors friendly at Woodbury Park.

The City captain thundered home a right-foot drive from 30 yards out, after being set up by Archie Collins, to give the Grecians a 2-1 lead midway through the second half.

Southend, managed by Kevin Bond, responded but were denied an equaliser by a couple of good saves from keeper Jonny Maxted.

Despite having only played a pre-season friendly 14 hours earlier away at Weston-super-Mare, City named a strong team for the match with Tom Parkes partnering Robbie Cundy in central defence and Nicky Ajose and Alex Fisher providing the firepower upfront.

The Grecians started the match in confident fashion with Alex Fisher hitting a half volley just over and Randell Williams and Matt Jay sending inviting crosses into the box.

However, it wasn't until the 40th minute when they broke the deadlock. The goal came from some good work down the right that saw Pierce Sweeney feed Randell Williams. Williams' cross was cut out by a defender but his sliced clearance looped towards goal and Alex Fisher was in the right place to fire the ball into the bottom corner. 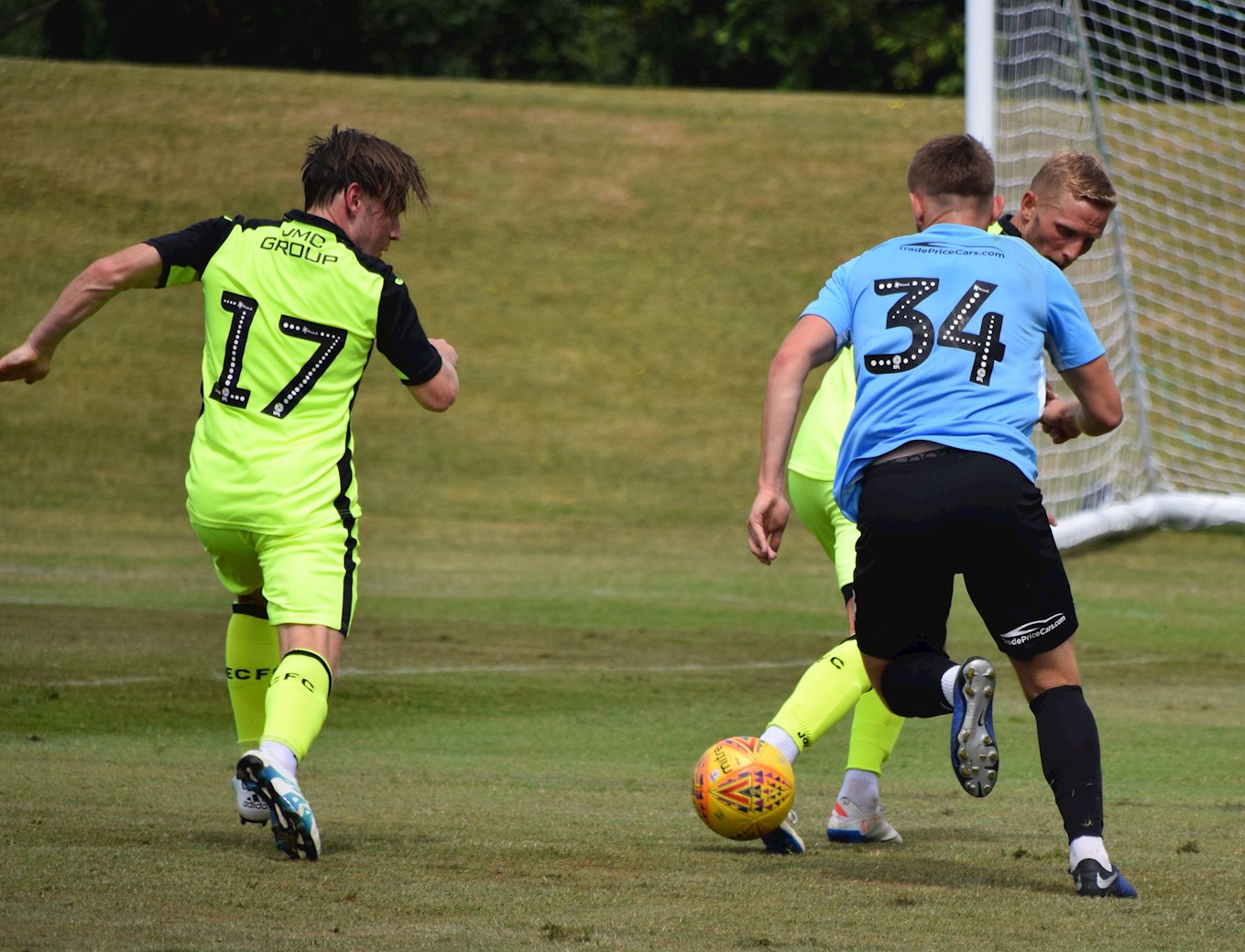 In what was a very even and competitive match, Southend were level 14 minutes into the second half when Stephen Humphreys profited from some indecision in the City box to steal possession and fire past Maxted to score the first goal any side has scored against the Grecians this pre-season.

Williams then responded by having a shot blocked before making a darting run into the area that was halted by a superb slide challenge.

It was then, pressing for another goal, that City got their reward as Collins did well to recover possession and lay a pass off to Taylor, who took one touch before smashing a shot past the Southend keeper.

The visitors responded with Humphreys twice testing Maxted in the City goal, but they could not find a way to level the match in the closing stages.