Kick-off for the match is at 3pm and  former Exeter City Academy graduate Matt Grimes is set to come back to his former club, having had a successful season withChampionship side Swansea last campaign - picking up four accolades at their end of season awards.

City manager Matt Taylor is pleased to get a pre-season friendly back at the Park, following the completion of redevelopment work at the ground, and says it will be a great occasion for the supporters.

"It will be fantastic for our supporters, they've not had a pre-season game at the Park for a couple of seasons now," he said.

"Hopefully Swansea will bring a strong team and we can make it a competitive game." 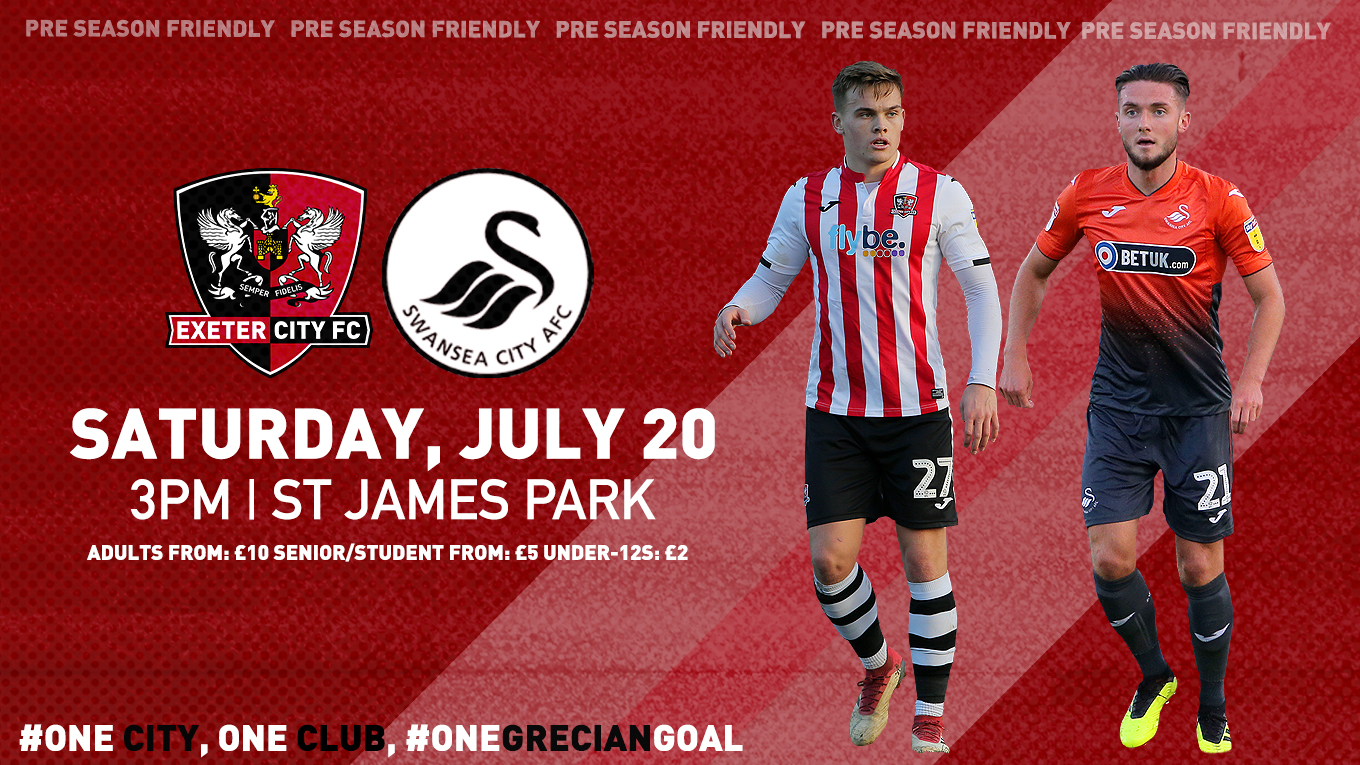 Last time the two sides met in a competitive match was when both teams were battling for survival at the foot of the Football League in 2003.

The game was late on in the season, on Monday, April 21, and the Grecians collected all three points at the Vetch Field thanks to a goal from Sean Devine.

However, it would prove to be a false dawn as, despite winning their remaining two games of the season - against York City and Southend United - the Grecians were relegated as Swansea also recorded back-to-back victories against Rochdale and Hull City to survive the drop at City's expense.

Ticket prices for the pre-season friendly are reduced and prices are as follows:

Tickets can be purchased in one of three ways. Online by clicking here, in person at - by calling into the reception at St James Park between 10am and 3pm Monday to Friday or by calling the ticket line on 01392 411 243 and pressing option 3.

Please note that the Adam Stansfield Stagecoach Stand will be shut for the friendly, so the only seating option for supporters will be in the IP Office Main Stand.

Tickets for City's match against Macclesfield Town are on sale at advance prices until 5pm in person and midnight online, on Saturday, August 2, so you can save time and money, and pick your ticket in advance on Saturday.

Season tickets will also be available to pick-up on Saturday.

Please go to the Ticket Booth in Red Square for both season tickets and advanced tickets for our games in August. The ticket booth will be open for these issues from 12pm to 2pm on Saturday as well as after the match. 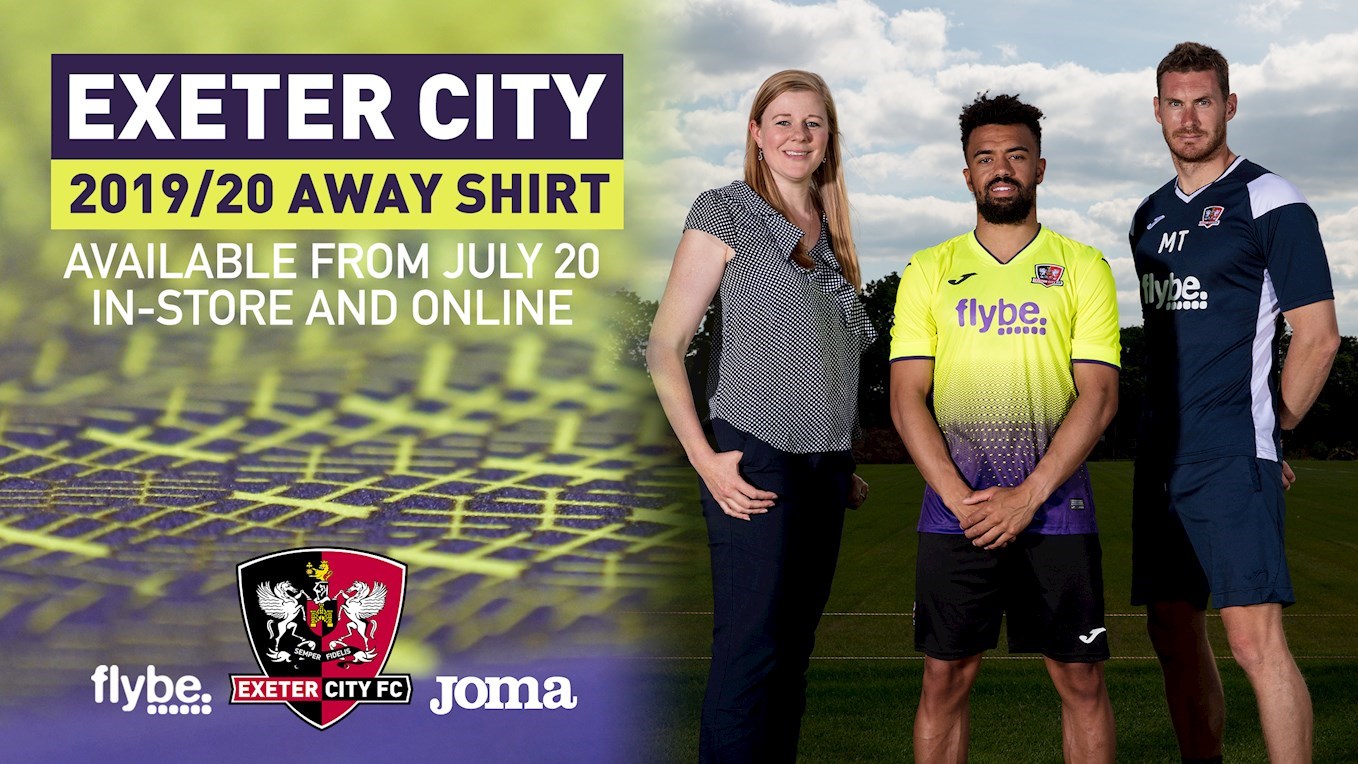 Don't forget our brand new away kit will be on sale on Saturday for the first time. You can purchase the replica kit from the club shop. The players will be wearing the yellow and purple designed kit for the game. 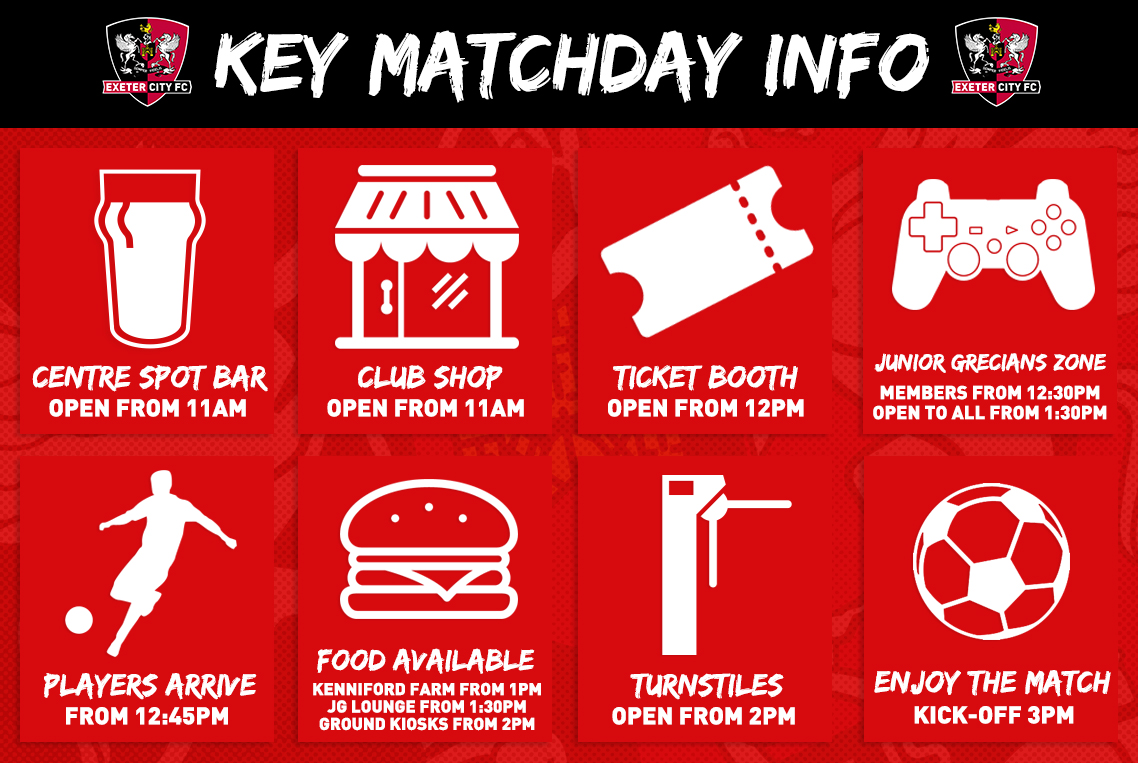 The award-winning Grecian matchday programme will return for the pre-season friendly.

It will be at a reduced size (16 pages) and reduced price of £1.50, but there is a new feature, detailing some of the important events in City's history, a new quiz and a guide to the opposition.

The Junior Grecians are the official Junior Supporters Club of Exeter City. As well as getting a free child ticket for every home match, when accompanied by an adult, its members also have exclusive use of the Zone from 12.30pm until it is available to all families, including away supporters, from 1.30pm.

Find out more about becoming a Junior Grecian here.

Unfortunately, this Saturday there will be no food or drink served in the Junior Grecians Lounge.

RGB Recruitment are the matchday sponsors for our game with Swansea City. Visit their website here.

The club shop will be open from 11am to give you the opportunity to make some purchases, including the new 2019/20 away shirt, ahead of the match and will close after supporters have dispersed.