Jonny Maxted says it was the ambition shown by manager Matt Taylor that helped convince him to sign for the Grecians.

The 25-year-old will officially join Exeter City on July 1, but could play for the Grecians this evening in our pre-season friendly with Jersey, if approval is granted from his current club Accrington Stanley.

Jonny came through the ranks with Doncaster Rovers and has spent time with the likes of Forest Green Rovers and Guiseley. Last season he played 26 times for Stanley as he helped them to secure another season in the third tier of English football.

But with the chance to join Matt Taylor’s men, Jonny explained: “I’m really pleased to get it over the line, it’s an exciting time for me. I came down on Tuesday to have a look around the training ground and everything really pulled me in.”

When asked what made him want to choose the Grecians, Jonny explained: “It was the plan, I spoke to the gaffer and we want to get promoted. You can see the club is on the way up and that really drew me in, and I wanted to come here.

“From what I’ve seen already, there’s a lot there that I like and I’m really looking forward to this season.”

The Grecians have recently recruited keeper Lewis Ward as well, but Jonny is looking forward to progressing alongside his fellow shot stopper and says competition for the number one jersey will help both players improve their game.

“I’m looking forward to it, it’s healthy to have competition,” said Jonny. “I’ll be pushing Lewis and he will be pushing me and it’s one of those things where only one can play so it’s a tough battle but, hopefully, we’ll improve along the way.”

Jonny has only had a short time to get to know with his new City teammates, but the new recruit says he has been welcomed into the dressing room straight away and is looking to use the Jersey trip to help build a bond with the rest of the City squad.

He said: “They’re a great bunch of lads and have helped me settle in really quickly and it already feels like I’ve been here for years which is what you want from the club. It’s been really good. 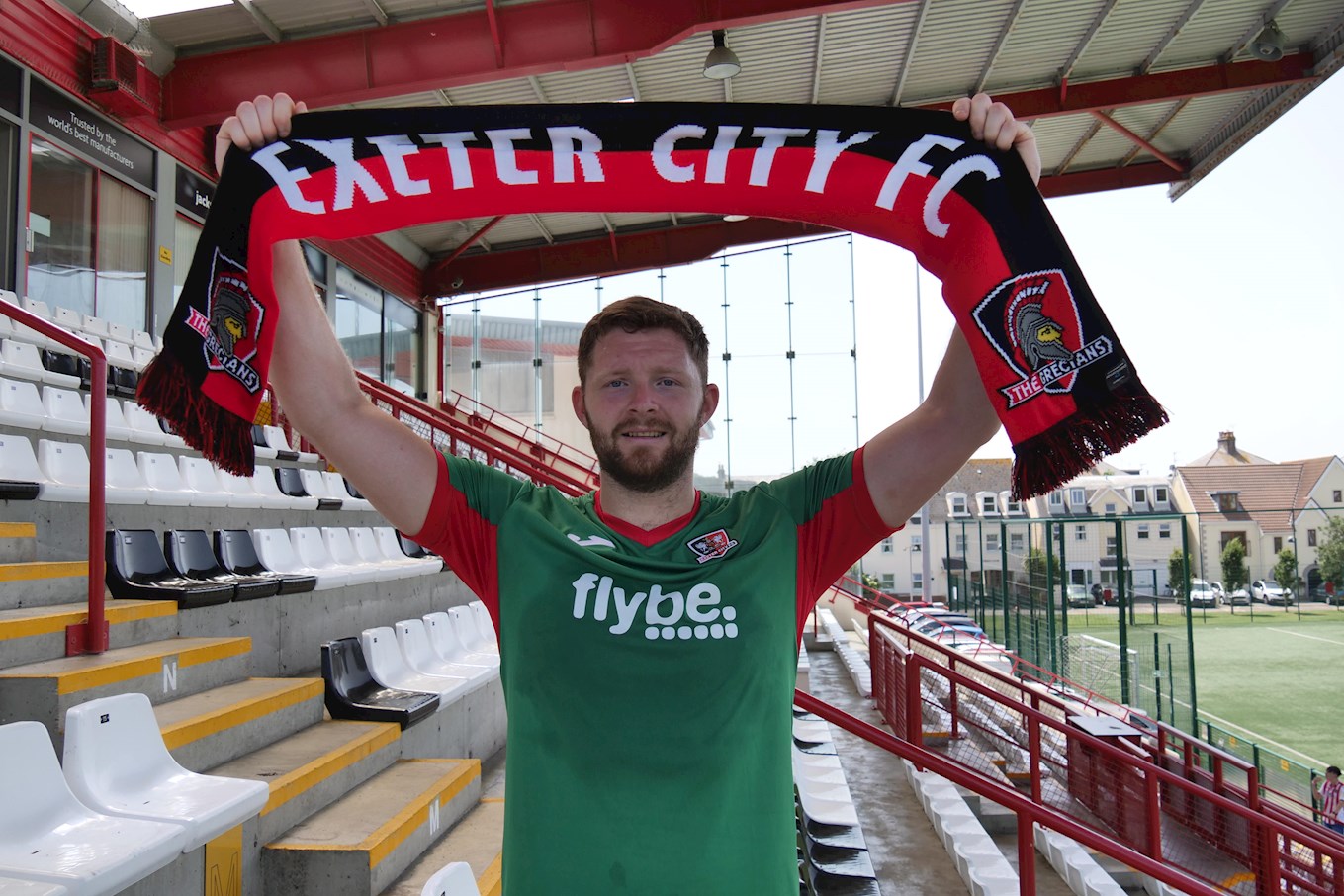 “If you get away with the lads you get to know them a lot more and to settle in as quickly as I have done helps me a lot.”

Having played in League One last season with Accrington, Jonny hopes that those learning experiences will help him when competing in League Two.

He continued: “I played in League One last year and it was a great learning curve for me, hopefully it will stand me in good stead to push me on for next year.

“I try to improve my game as I go along and learn from mistakes. It’s handy to have a loud voice behind you and I think I’m one of those keepers.”