The recent volunteers evening held at St James Park to say thank you to our volunteers, was well supported and proved a very enjoyable evening. 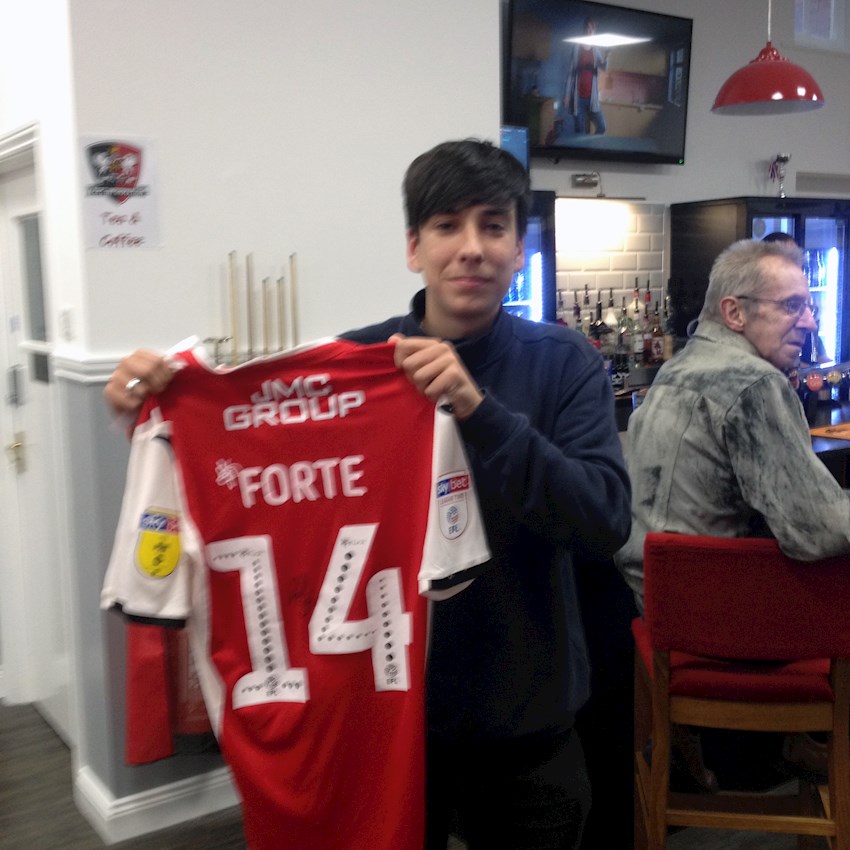 The Golden Goal from the evening’s England match was won by Jon Beer who saw the referee take sufficient time for the clock to just tick over dramatically to 32nd minute and take the prize away from fellow trustee Doug Gillard. Jon won a signed Jonathan Forte shirt kindly donated by Clive Davis.

The City quiz was won by the Paul and Chloe Turner combination. Unbelievably they scored a perfect 12!

Club chairman, Julian Tagg, was pleased that everyone had an “enjoyable evening at what is probably one of the biggest events during National Volunteers Week. Certainly one of the most important events in our club calendar.”

Julian was pleased to acknowledge that: “Everyone at ECFC is extremely grateful for everything volunteers contribute. It speaks volumes for the kind of club we are and a true reflection of our supporter ownership and involvement. A contribution that makes us the envy of many clubs across the EFL and a huge part of what makes us special.”

Nick Hawker, Trust Chair, agreed saying “Volunteers are not in addition to the business effort, but an integral part of it. One 'big' club this season told me that they had no volunteers, which was odd, because I can’t imagine arriving at SJP and not feel the presence of so much goodwill and favour, something that simply cannot be bought. There is a great sprit here at Exeter City and something that we are immensely proud of.”

If you are a volunteer who did not receive an invite please let us know by emailing customerservices@exetercityfc.co.uk. Similarly if you would like to start volunteering please email the same address. We would be delighted to hear from anyone who would like to use their existing skills and abilities for the benefit of the club or from supporters who would like to develop new talents.

Existing and new volunteers are asked to watch the Trust and club websites and social media for details of the July work party.

The volunteer evening was sponsored by Grecian Goal. Grecian Goal is the fun way to support City, you choose one or two pledges and the amount you will pay each time your pledge comes true. For example, £1 per City goal, 50p if no yellow cards, £5 for City hat trick... whatever you like. You can be as imaginative as you like!

Pledges are totalled and collected halfway through the season and again in May.

Grecian Goal generally raises around £3000 a year and contributors democratically decide how to spend it. Recent investments include: the City crest on the outside of the new Stagecoach Adam Stansfield Stand; camera equipment to help our media team create the 360 films; winter coats for our Ambassadors.

We'll soon be deciding how to spend the pledges still coming in from last season. For further details please email customerservices@exetercityfc.co.uk and we will pass your enquiry on.