Exeter City forward Donovan Wilson says he is keen to do whatever he can to help the team to success as the side go into the remaining eight games of the season.

The on-loan Wolves striker has featured six times for the Grecians since making the temporary switch to St James Park, and having set up Nicky Law’s late winner in his last appearance, the forward says he’s keen to kick on and help the team.

Ahead of the match with Mansfield, the striker explained: “If we can win this game then we’ll be on a nice run and we need to be picking up as many points as possible. To pick up points against teams around us would be really good.

“The whole team defends and if we can get on the counter-attack and score goals we know we’ve got a good chance because defensively we’ve been strong. I want to come in and do as well as I can, whether that be through goals or assists, I just want to help the team.”

The forward, who could well feature for City with Ryan Bowman missing out through suspension, picked up a knock in the match with Tranmere Rovers at the start of the month, but having recovered the youngster explained how he is enjoying his time with the Grecians.

He continued: “It was annoying to pick up that little niggle, but it’s gone now, and I’m passed it and I’m happy to be back playing and I want to kick on. I feel like I’ve settled in well with the boys and I feel good. Under-23s football just isn’t the same, it’s kids’ football and a bit false, and being in first team football means you’re really amongst it so you learn a lot. Wherever you go, however the gaffer wants you to play you have to adapt and learn.” 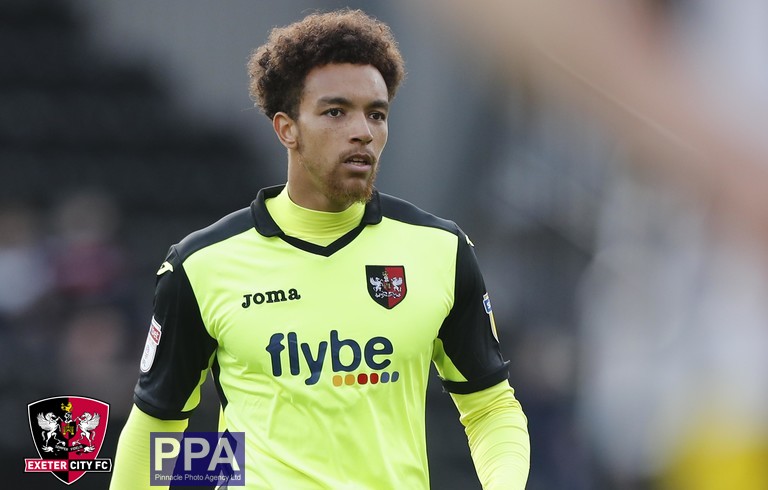 One of Donovan’s best moments in a City shirt so far came at Meadow Lane last time out as he helped the Grecians snatch all three points on the road. The youngster believes the win showed the good character in the squad.

“We hadn’t had many chances in the game, and we were down to 10 men and I thought: ‘can I produce something?’ and luckily I got down the line and put the ball in and Lawsy (Nicky Law) scored the header," explained Donovan. “For me, it felt like scoring a goal, and to pick up three points with the last kick of the game felt really good. It was so positive in the dressing room and to pick up three points showed the character of the lads.”