Exeter City edged out Notts County 1-0 at Meadow Lane last weekend to lift themselves back into the play-off places and also rack up back-to-back victories.

This weekend the Grecians welcome promotion rivals Mansfield Town to St James Park, who currently occupy fourth place, but have stuttered of late, with two draws and two defeats in their last four games.

The 1920s proved to be defining years for Mansfield, as they became tenants of Field Mill in 1921 (their home to this day), adopted their nickname the Stags in 1924 (which also has stayed with them until the present), competed well in the lower leagues and embarked on a glorious FA Cup run, which saw them reach the fourth round, but lose to English giants Arsenal. Still, the Football League eluded them.

However, that soon followed as the Stags were elected to the Football League and Division Three South in 1932. The club flitted between the Third Division South and the Third Division North during the ensuing two decades, but to no great level of success. Though, deep FA Cup runs were once again achieved during this period.

By the 1950s and the Stags had enjoyed their best season to date, after finishing second and being marginally ousted by Rotherham at the top of the table in 1950/51. A remarkable fifth round FA Cup run was also achieved, though the Stags were dispatched by eventual winners Blackpool.

Mansfield were relegated to Division Four in 1960, but promptly returned to the third tier in 1963, after an enthralling season saw them return to the division by virtue of goal-average. There they consolidated their status as a third division side and in 1969 reached the quarter-finals of the FA Cup, before bowing out to Leicester City.

The Stags were relegated to Division Four in 1972, but bounced back to Division Three in 1975 and then went one better by winning the division in 1977, resulting in promotion to the second tier of English football for their first time ever. Those two cup triumphs would be followed up by just two more titles – the Football League Trophy in 1987 and the Conference in 2013.

After taking the reins at Mansfield last March, David Flitcroft has only just past his first-year anniversary in the club’s hotseat. Flitcroft was tasked with taking the club to promotion, following Steve Evans’ resignation with the Stags sitting high in fifth-place, but an initially difficult start to Flitcroft’s tenure meant his side ultimately had to settle for eighth.

The Stags have kicked on this season, under his leadership though and are gunning for a return to League One, as they sit one place outside the automatic places in fourth. Places they have occupied for much of the season already. 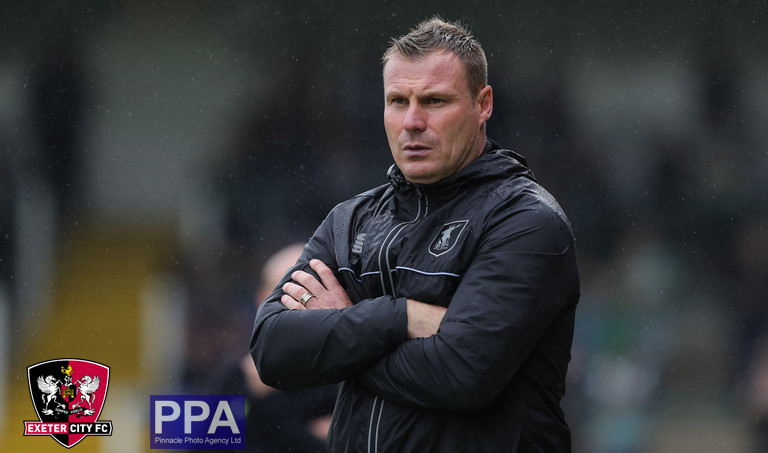 A former midfielder in his playing heyday, Flitcroft started off at Preston before enjoying his best spells on the pitch at Chester City and Rochdale respectively – spending a decade between the two. The now 45-year-old then wound down his career at Macclesfield Town, Bury, Hyde United and then finally, another four-year stint at Rochdale.

His managerial career started in 2012 at Barnsley, but lasted just one season, before leaving for pastures new in the form of old-side Bury in 2013. The man from Bolton reaffirmed his strong affinity to the club, by guiding them to League

Two promotion in 2015. Jobs at Swindon Town and Mansfield have then followed, as the former midfielder looks to build on his one-time cup triumph.

Forest will be rueing the loss of Tyler Walker who they sent on loan to the Stags in the summer and who now has 21 goals to his name across all competitions. 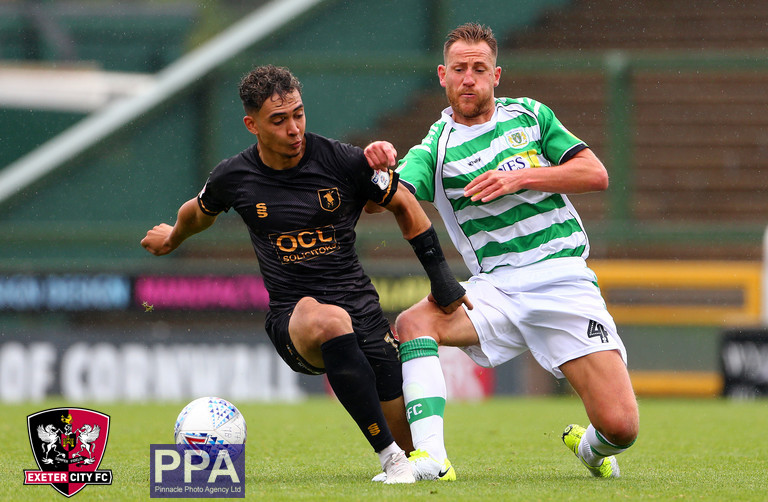 The deadly marksmen has become an instrumental figure for his side in spearheading their attack at just 22-years-old, but Walker has been unphased at the proposition of leading the club’s promotion assault.

Walker, son of England international Des, rose through the youth ranks at Forest, where he’s pillaged ten goals since his debut in 2015. While, he has also scored twice for England Under 20s.

The promotion-chasers have stuttered in the last few weeks, with no wins in four and just two wins in their last six league games.

The Stags started March with a bang, beating Cheltenham Town 4-2 in a topsy-turvy encounter, but two defeats and two draws since have threatened to derail Mansfield’s promotion bid. The club’s staunch defence, which has conceded just 33 goals (the best in the division) has been breached more often of late, letting in five goals in their last four games.

Mansfield’s most recent fixture was a disappointing 2-1 home defeat to Crewe Alexandra, where Krystian Pearce’s 90th minute goal proved to be a mere consolation. Subsequently, Flitcroft’s men dropped out of the automatic spots. 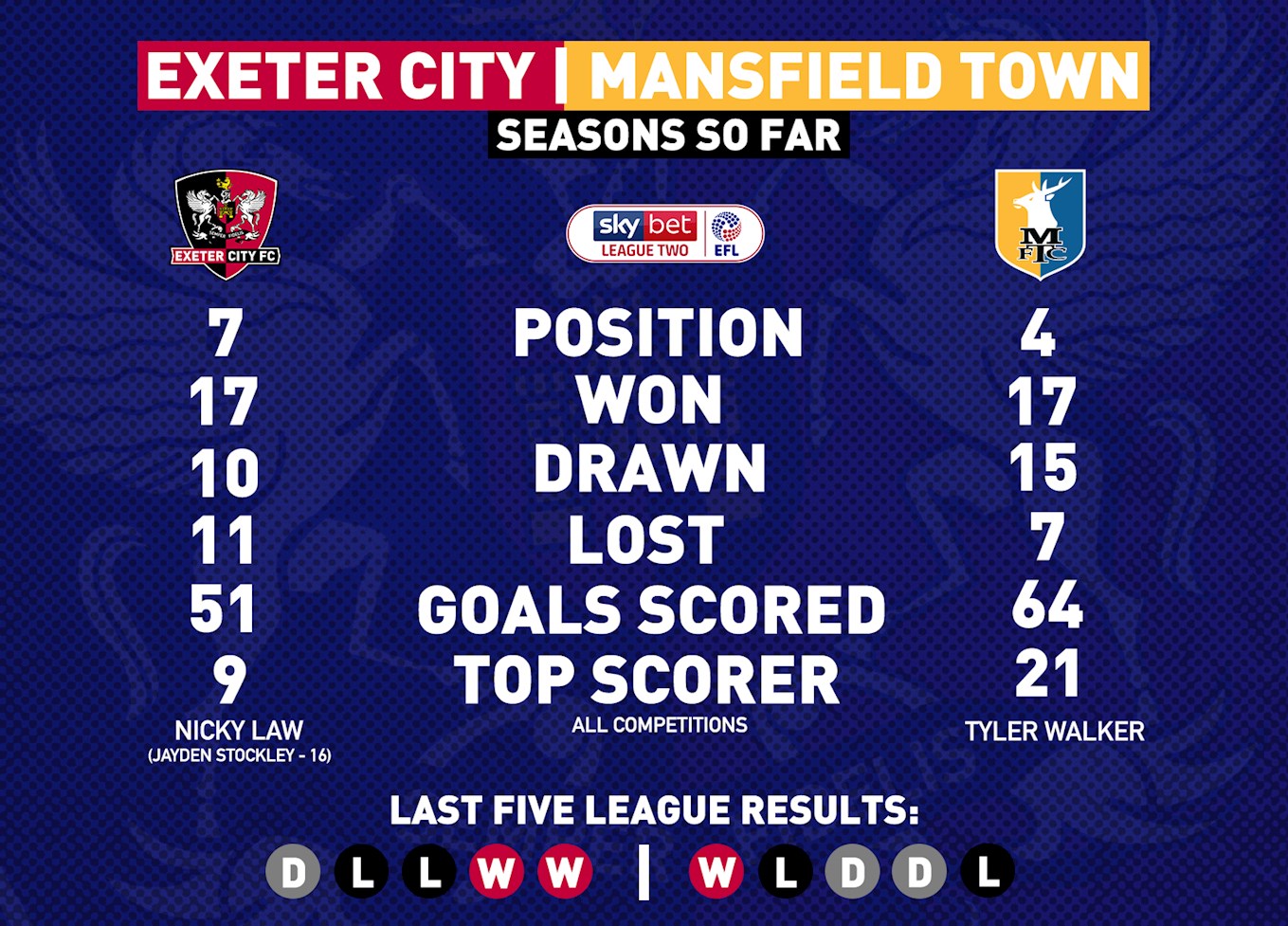 By October, Mansfield had suffered just two defeats in their opening 11 games, leaving the Field Mill faithful dreaming of promotion to League One with their side in eighth place. However, those dreams were swiftly halted, as the Stags embarked upon a winless October leaving the seven places adrift of the play-offs.

Come February and the Nottinghamshire-based side has lost just one league game in 13 and were now very much in the heat of a promotion battle as they sat in third place. Come April and manager Steve Evans had resigned with theclub in freefall with the club winless in their opening eight games under Flitcroft.

Form slightly picked up with two wins and two draws from the club’s final four league fixtures, but the Stags still had to settle with a place outside the play-offs come the season’s close.

The Grecians kept up their sensational start to the season with a 2-1 win at Mansfield, inflicting a first league defeat of the season on the hosts in the process.

Dean Moxey and Nicky Law scored either side of half-time, as Exeter raced into a 2-0 lead, but Tyler Walker replied just four minutes later to haul his side back into the contest. It was to be the day of the visitors though, as they moved up to second in the table.

Danny Rose scored the only goal of the game, as the Stags honed in on the automatic promotion spots, with just three points separating them and Accrington Stanley in third.

The defeat left Exeter loitering outside the play-offs in eighth, though they still had two or three games-in-hand over every side above them.

The Grecians snatched a precious point at the One Call Stadium, courtesy of a late goal from Lee Holmes, after Kane Hemmings had given the hosts an early first half lead.

Kane Wilson may have seen red for the visitors deep into injury time, but the draw ensured Exeter stayed fourth and just three points off top of the table Notts County. Mansfield on the other hand, dropped to 14th.

Tickets are on sale at advance prices until 5pm in person and midnight online, on Friday, March 29.