In this monthly column, written for the Express & Echo, Julian Tagg brings an exclusive look behind the scenes at St James Park.

What a couple of weeks and a nail-biting final Saturday, one minute we were heading towards the play-offs, the next it was all over, by just one point. 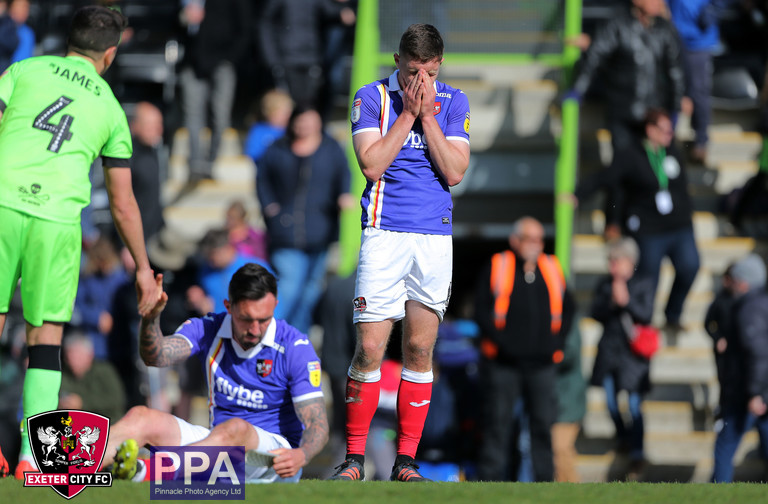 And after a hard-fought, rollercoaster season, it can be hard to believe that it can all come down to just one point. It’s been yet another incredible journey and, despite the highs and lows of football, it has been a season that Matt, as a new manager, can be very proud of.

And with the football season at an end you know what comes next – yes, you’ve got it, the silly season. There’s no football going on, so the rumours start, and boy do they snowball, we’ve got conspiracy theories coming out of our ‘Exewebs’ at every announcement, social media being the fuel. Where did we get our rumours from before the likes of Twitter, Facebook, the interweb and snapnumpty?

There have certainly been some comings and goings over the last couple of weeks, well, at the moment, more goings than comings, and it’s obvious to see why some people would think there’s more to it than there actually is.

For 12 years there’s been a continuity at the club, with little change – something that’s highly unusual for most football clubs, Mansfield, Brighton, you name it. I’m certain the next few years will see things settle into a stable, efficient and sustainable situation. Although, I have to say, that at one stage I was starting to think that Matt would be calling on my newspaper nemesis, Chris ‘the cat’ Bentley to pull on his Adidas flankers and don the gloves once again.

Chris put in a particularly stellar performance in a game of City staff against Chiefs staff at St James Park in the not too distant past. Although if he does get the call, I won’t be expecting him to catch anything…no change there. 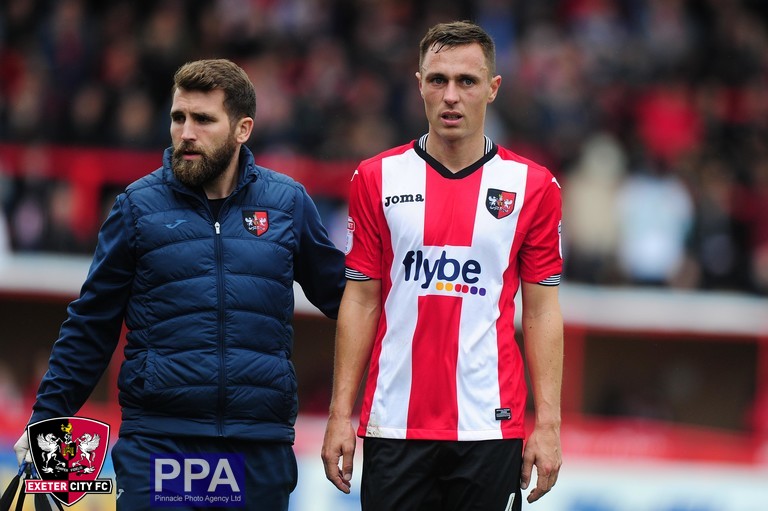 In all seriousness, we have a lot of people to say thanks to, who have worked incredibly hard for our club. We wish Jess (Preece) and Adey (Saunderson), our physio team, who are both off to pastures new, all the best for the future. We all see the players each week, but it’s can be easy to forget the hard work that goes on behind the scenes, weekend in and weekend out, and the impact that has on all aspects of life. Chris Weale has written eloquently about his time at Exeter on social media, for him, and all those leaving us this season, the door remains open in the future.

One person we will all miss is Mike Radford. Raddy to the world – who leaves us after 40 years dedicated service to club. He is a multi-talented, considered, modest man who likes to get on with things quietly and so there won’t be any grand celebration, but Exeter City’s door is always open to him and I look forward to seeing him on match days.

There was great news for CITY Community Trust this month, who were named the Lord Mayor’s Charity for the coming year. I joined Jamie, the charity’s CEO, at the ceremony to announce the new mayor, councillor Peter Holland, at the Guildhall and even though it was a great honour to attend, I’ve got to say, I’ve had more exciting evenings. This is a fantastic opportunity for the charity, and I’ve been told to dig out my pinny and brush up on the baking to support the coffee mornings which take place at the Guildhall each month.

This year will be the 125th anniversary of the first Association Football match to be played at St James Park. To mark this occasion, the Supporters' Trust History Group has produced a new book - 'The Story of Exeter St James' Park, Land of Grecian Glory'.

The book, written by Aidan Hamilton, is due to be published in October. Copies are available to pre-order, and if you do that by July 12, you get a £4 discount and your name printed in the book. There's one present ticked off the Christmas list. Here's the link to order the book. 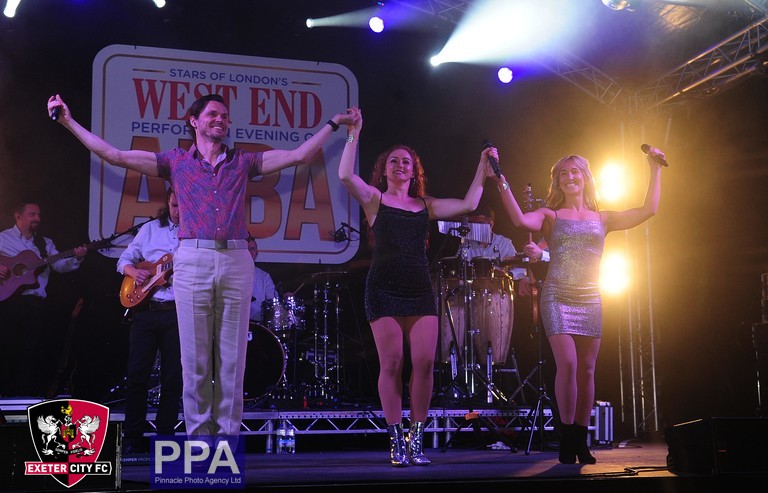 There was a performance with a difference at the park this weekend, thanks to the West End stars performance of Abba. It was an incredible atmosphere, with everyone up on their feet dancing and singing – although there were a few interesting moves up in the cheap seats it has to be said. It was certainly a better performance than Michael Rice, which also took place that night.

Our media team have been doing a fantastic job of keeping us up to date with news from the club and there’s going to be more to come with the opening of the transfer window. There’s news on the way – watch this space – or the social media rumour mill of your choice.