On Saturday, May 18, Exeter City football club was delighted to present an evening of ABBA, performed by stars of the west end.

The event was a huge success and saw more than 700 people come along to sing and dance to a number of ABBA classics.

In attendance was 10-year-old Ronon Rapson, who has ADHD which can make it difficult for him in loud and busy environments.

This often prevents Ronon from attending certain events, including football matches, but his family has praised the club for bringing something different to St James Park in the form of ABBA, who Ronon thoroughly enjoys listening to.

As a special treat for Ronon the club were able to present him with a poster of the event which was autographed by the members of the cast and crew from the west end.

Amanda Rapson, Ronon’s mother, is thankful to the club for putting on a different event to attract them to the football club and explained her delight at the opportunity for Ronon to come along to a loud environment and enjoy himself.

Amanda explained: “He (Ronon) became a huge fan of ABBA through my mum, and she passed away three years ago.

“As a tribute to her, and for Ronon’s birthday, we came on Saturday and had a fantastic time. He was loving it and dancing along. Because he has ADHD, the fact that he was able to enjoy the event meant so much to us as a family. We want to say thank you to Exeter City for putting this amazing event on as it served our family well and everyone else.” 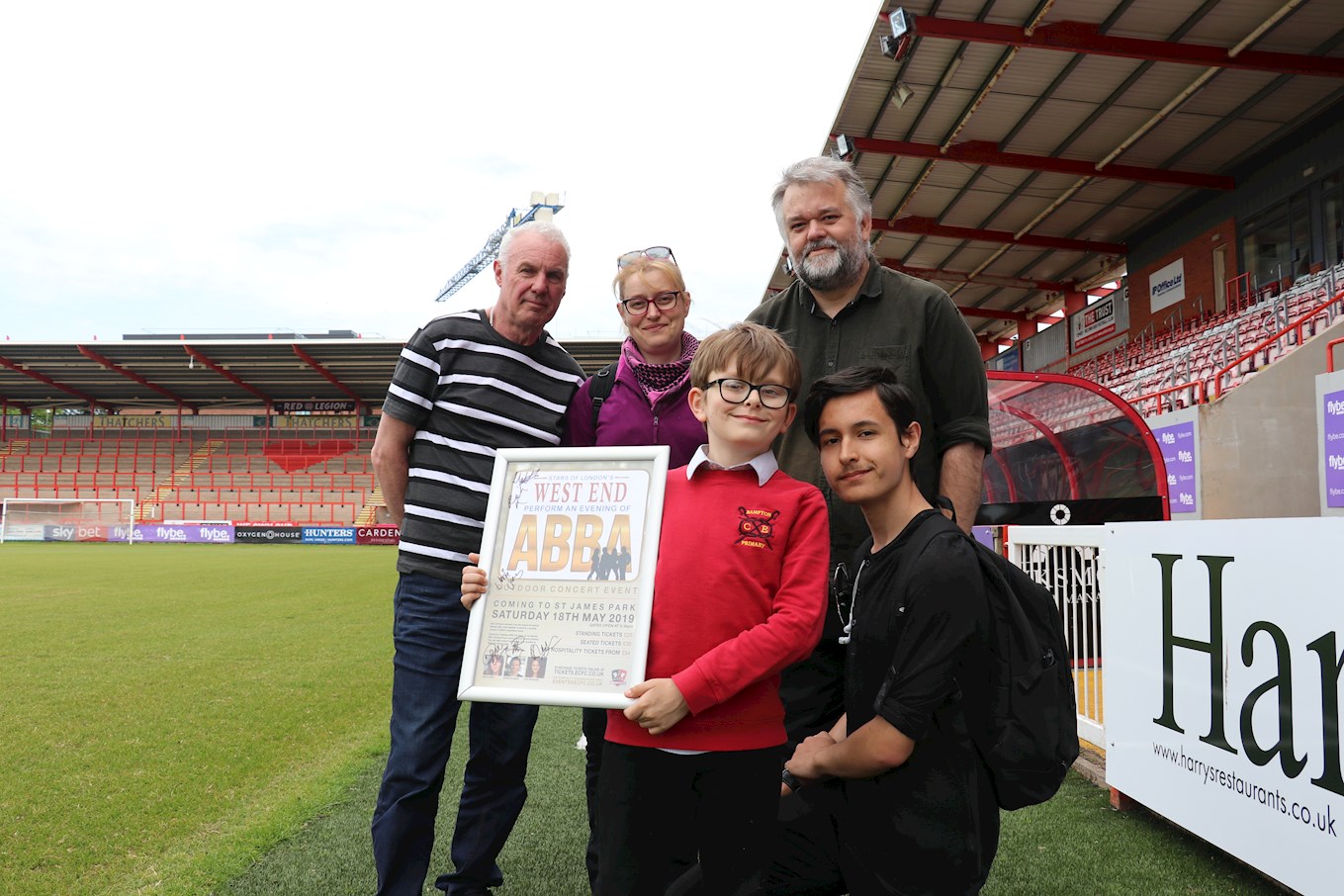 Ronon is pictured with his grandad Tony Weiss, mother Amanda, his father Nick, and his brother Ethan.

Tony Weiss, Ronon’s grandad, who is a member of the Exeter City Supporters’ Trust, echoed Amanda’s thoughts and said he was delighted to see his grandson enjoying the event alongside the rest of the family.

He explained: “I’ve been a Trust member for a number of years now, and when I saw the ABBA concert down here, I thought, brilliant. It was something we could all do as a family and we had a brilliant day and it was good to introduce the rest of the family to Exeter City. Family is the whole ethos of the club.”

Exeter City events manager Rhiannon Marsh said the football club was delighted to reach out to members of the community that don’t necessarily have a link through football.

She said: “Of course, staging football matches is the main focus throughout the season here at St James Park, but in the close season we’re delighted to be able to stage different events to welcome new members of the community to the football club.

“It was fantastic to see so many people enjoying themselves at the ABBA event, and for a young person like Ronon to thrive alongside his family is great to see.”