Nigel Atangana says he can’t wait to get started having put pen to paper on a two-year deal at St James Park.

The central midfielder has been out for the past four an a half months having rupturing his achilles tendon in January. However, he is now fighting fit and looking forward to starting pre-season with City.

“To be honest, I cannot wait to get started,” he said. “It has been a very long injury. I have missed four-and-a-half months and it just a few weeks now until I can get back to work again and I can’t wait. I am really looking forward to the new season.”

Once he learned of Exeter's interest, Nigel says he was very keen to join because, having played a number of times against the Grecians in League Two, he has been impressed with their style.

“I got a call from my agent last week,” he said. “He told me there was an interest from Exeter and I said to my agent that I wanted to meet the gaffer (Matt Taylor) and have a chat with him.

“I was really interested about this club because I had heard many good things about the ambitions of the club, so I am really pleased to sign.

“I have played against Exeter a few times and they play good football. So, I think, I am going to fit well into the team.”

Nigel will also be familiar to City fans as well and has impressed on his visits to St James Park with both Cheltenham Town and Leyton Orient. The French-born midfielder has been described by a former manager, Gary Johnson, as the League Two Paul Pogba. However, he is quick to point out that he is his own player.

“First, I would not say I am the Paul Pogba of League Two, I am my own person,” he said. “I am a box-to-box midfielder and the thing is, I like doing the physical part of the game and I like to play. I don’t like the kick and rush football. I am definitely not Paul Pogba, but I will try to do my best for the club and give my everything.”

So, how confident is Nigel that he can make the difference and held the club get promoted to League One?

“I am very confident,” he said. “However, that is not about me, that is about the team. I have played a few seasons now against Exeter. They are a very good team and the lads are very good. I have talked with a few of them like (Hiram) Boateng and (Jordan) Tillson and they told me the lads are really good here. I think if we play together and we are a solid group we can definitely do something well next season.” 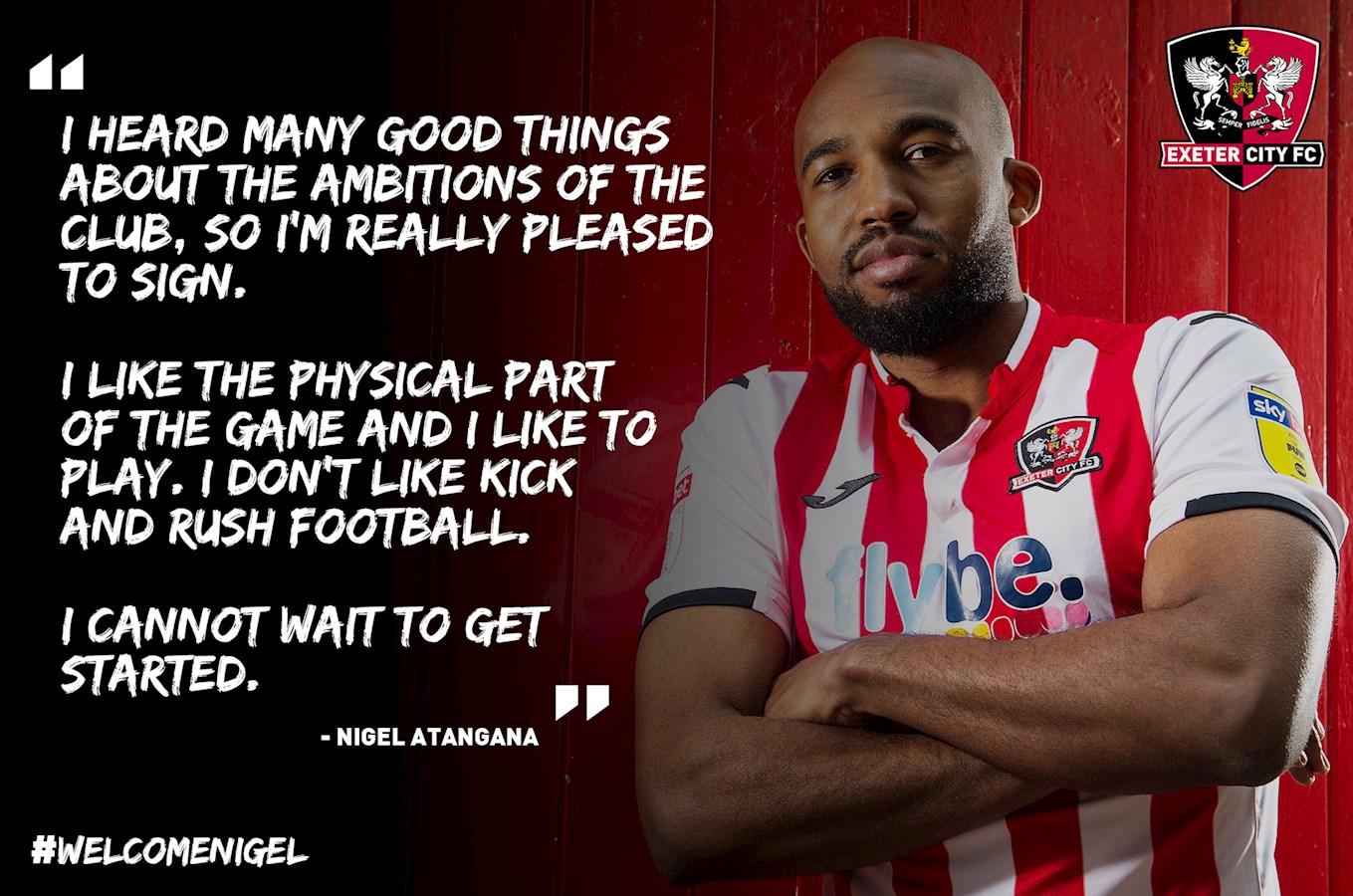