Exeter City manager Matt Taylor says there will be no excuses going into this weekend’s match with Cheltenham Town, despite a number of players being unavailable through injury and suspension.

The Grecians were without seven first team players for their game last weekend – away at Cambridge United in the FA Cup first round – and that situation has not improved.

“If anything it might have got a little bit worse, but it is what it is,” said Matt. “It is probably the worst it has been during my time at the football club as manager, but there is nothing we can do about it. If we get stronger from this point on in terms of bodies coming back and being available then that will be a bonus.”

What was also a bonus was, that despite the injury-depleted squad for their game against Cambridge United, City put in one of their best away performances and were unfortunate not to come away from the Abbey Stadium with a better result than the 1-1 draw.

They have also been able to recall a couple of loan players – Alex Hartridge and Joel Randall – who performed well in a 3-1 midweek Leasing.com Trophy victory over West Ham United under-21s on Tuesday night.

“It shows you how short we are, but they’ll be no excuses going into this weekend’s game,” said Matt. “It is two teams near the top end of the table and it is a game you have got to be excited about regardless of injuries and suspensions.” 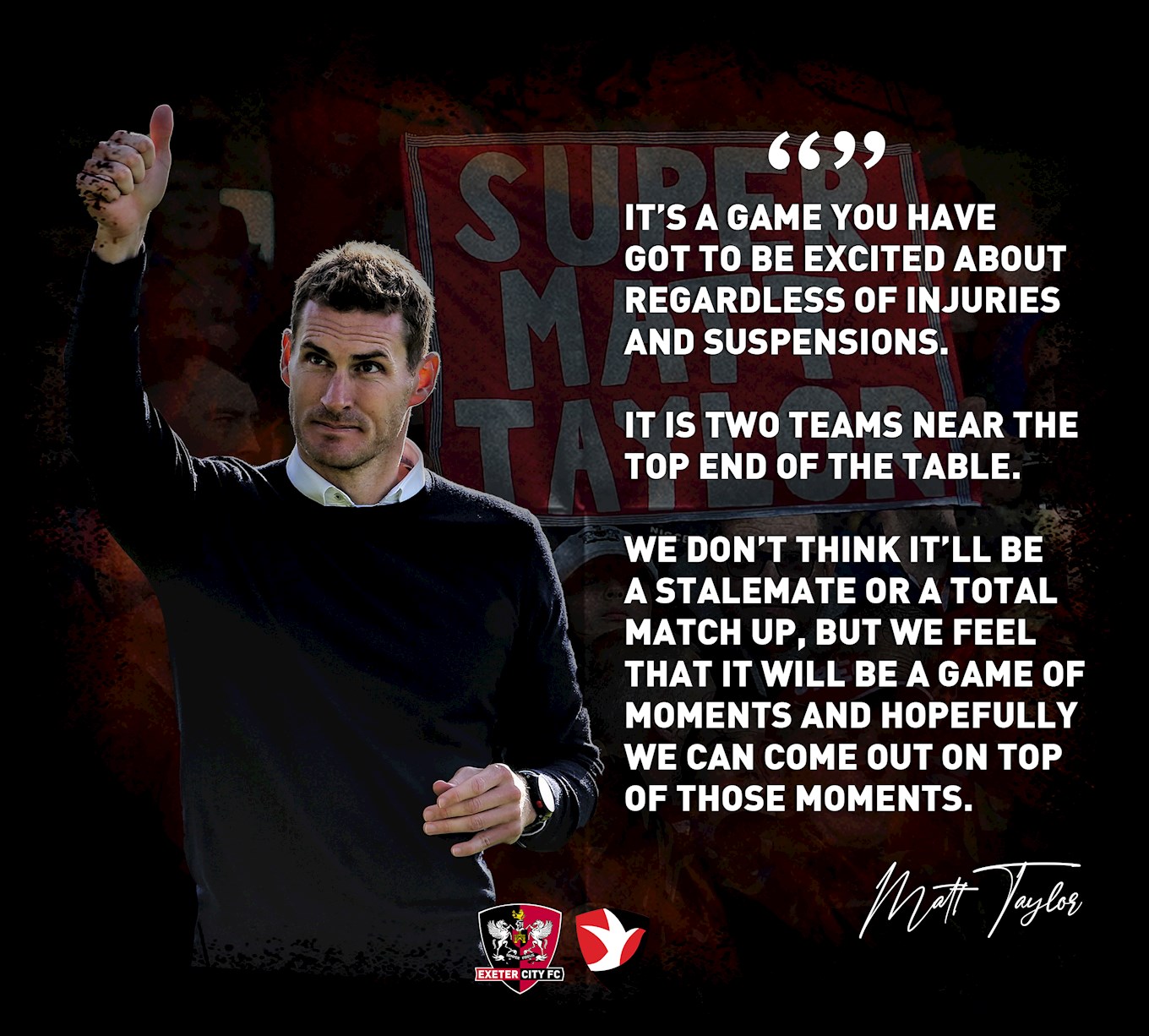 Cheltenham also come into the match as one of the form teams in the division. However, that was something that could also be said about Plymouth Argyle and Forest Green Rovers when they arrived at St James Park in October and both of those teams were beaten on the back of very good performances from the Grecians. So, will Matt be calling on his players to repeat those displays this weekend?

“Yes, because when you look at those performance and that is probably towards where we want to be,” said Matt.

“You aim to replicate that week in, week out, but football is not like that unfortunately, but that is what we are aiming for. We know that if we are at our best then we are a real challenge for anyone on their day and that is no disrespect to anybody in this league.

“That is what we will be aiming for this weekend. The players are ready, and they are prepared.”

“And for 93-and-a-half minutes against Cambridge we looked like we were going to keep a clean sheet as well,” added Matt, when questioned if his side would need to show the same defensive qualities on Saturday against the second top scorers in the division.

“I think Cambridge had one shot on target in that game. So, defensively, I have been relative pleased this season.

“We have made some errors as well, which we are trying to clear up and mistakes happen at our level as well, but generally we have been pretty tough and hard to beat. Cheltenham will be exactly the same. They play a similar style and a similar formation to us. We don’t think a stalemate or a total match up, but we feel that it will be a game of moments and hopefully we can come out on top of those moments.”