Exeter City are back in Emirates FA Cup action on Tuesday night as they take on Cambridge United in a first round replay at St James Park.

The winners of the match will go on to face Hartlepool United at home in the second round, which is scheduled to be played Sunday, December 1.

Ahead of the match though Aaron Martin said they were only focused on Cambridge United and banishing the memories of a last second goal they conceded at the Abbey Stadium to force this replay.

"We can't wait," he said. "I felt we were really unlucky last game, to concede in the last few second of the game, but we are all looking forward to it and getting out there and hopefully getting into the next round.

"There is no point think about the next round though when we have got a game in front of us. As long as we stick to what we know and play like we know we can hopefully we will be in that next round."

Alex Fisher had given the Grecians the lead as Matt Jay drove down the left wing, and though his initial cross was cut out, Cambridge couldn’t clear and Alex Fisher profited, picking the ball up and firing into the left-hand corner for his first City goal.

Just as it looked like City were home safe, Sam Smith fired a low shot through Jonny Maxted to equalise in the last minute of the game to take the fixture to a replay.

You can also call the club during the normal office hours on 01392 411243 or visit the club shop and reception in person between 9am and 5.30pm Monday to Friday.

You can also tune into BBC Radio Devon to listen to commentary as well.

There will be short highlights and the SJP 360 recap of the match.

A reduced sized programme, priced at just £1.50 is available for Tuesday night which takes a look at the opposition and has the usual has a whole host of content for supporters of all ages.

Junior Grecians can take part in our quizzes and fun pages!

The club shop will be open from 9am and closes once supporters have left SJP, giving you the opportunity to make some purchases ahead of the match including the popular new third kit! There is a great range for all City supporters including training wear, mugs, scarves and a selection of pocked money items for kids!

You can take part in the Exeter City Academy tombola where the first prize is a signed Exeter City football. All funds raised go directly to the academy to support the future of the club. There is one remaining opportunities to pull out number 25 (Jake Taylor!) and win a signed match ball.

Red Square Fan Zone: There will be Giant Jenga. Steve Dart will be looking for an Exeter City and Cambridge United supporter to announce the teams at 6:50pm.

You can also pick up some free Enjoy the Match player stickers, from the Ambassadors, the Information Point and the Tombola Stand. This week is one of our own, Archie Collins.

Want to be on the pitch as the players enter SJP? Then be part of the flag waving, Guard of Honour! This Saturday lucky children will be chosen from the Stagecoach Adam Stansfield Stand at 7:10pm. 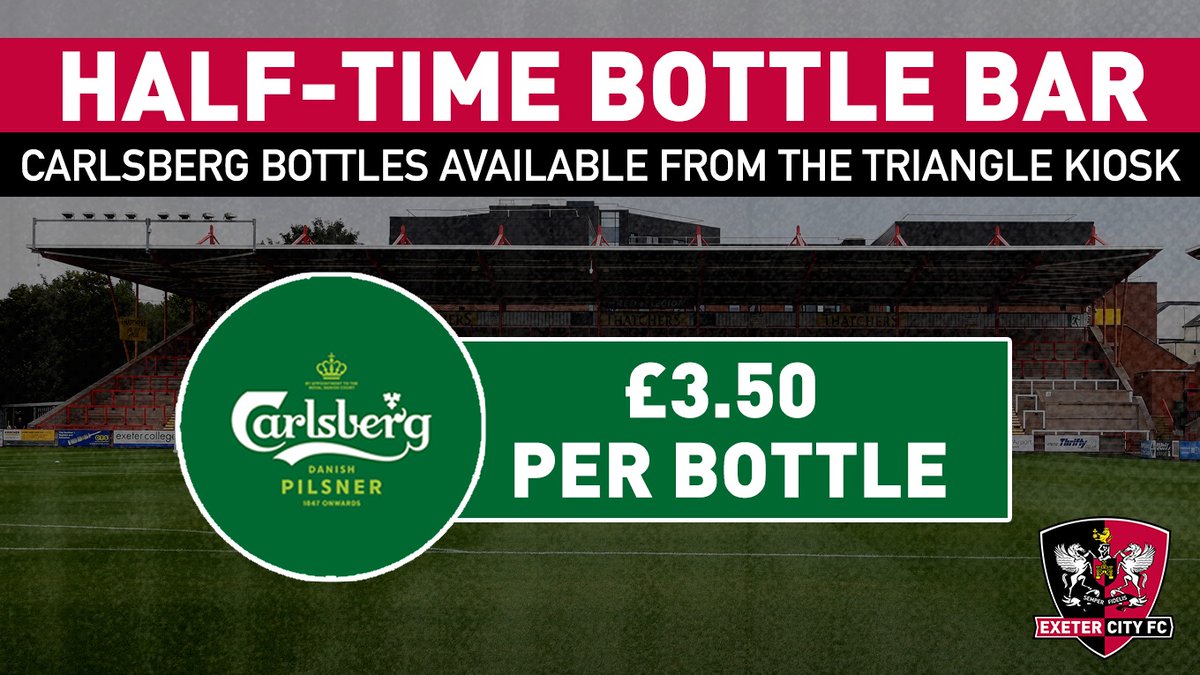