Exeter City manager Matt Taylor says that City are highly motivated to rectify last month’s defeat to Cambridge United when they face them again this weekend.

The Grecians travel to Cambridge on Saturday in the first round of the Emirates FA Cup, a fixture where City came 4-0 worse off at Abbey Stadium last month in the league, yet Matt said they are motivated from their recent defeat there.

The City boss highlighted the need to make amends for the recent defeat.

“We were disappointed with that performance”, said Matt. “We knew we weren’t quite right that day, we couldn’t put our finger down onto why, but we knew things weren’t quite right. The way we chased the game the more open it became, and the 4-0 score line was a difficult one to take. I shouldn’t have to say too much before the game, the players should be highly motivated for this game.” 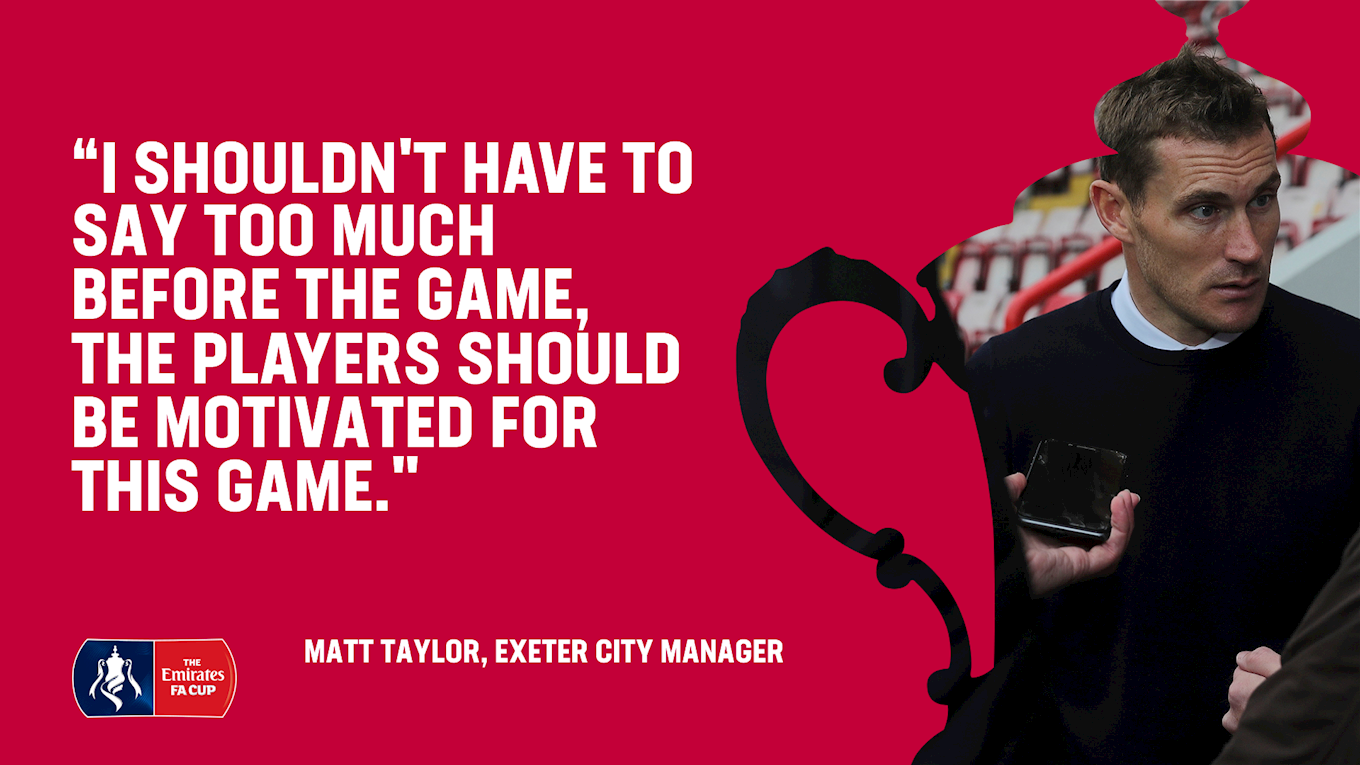 Cambridge are unbeaten in their last four games at home, and Matt said it’s a test the team are looking forward to.

Matt added: “Traditionally Cambridge have been a strong team at home and have hit form which we might have started, but we know what sort of test it’s going to be. We played each other a few weeks ago which suggests that we know each other in terms of preparation and both teams haven’t changed too much in that time-frame.

“We know a bit about each other, does that make it easier on the day? I’m not so sure, but it’s a game we need to attack, play and puts in a good reflection of ourselves in terms of putting in a good performance and commitment to the game.”

In terms of his own FA Cup memories in his playing days, Matt said: “I don’t think I had a particularly good record in the FA Cup! I scored a few in the earlier rounds but never got passed the first round as a player which is a little disappointing. 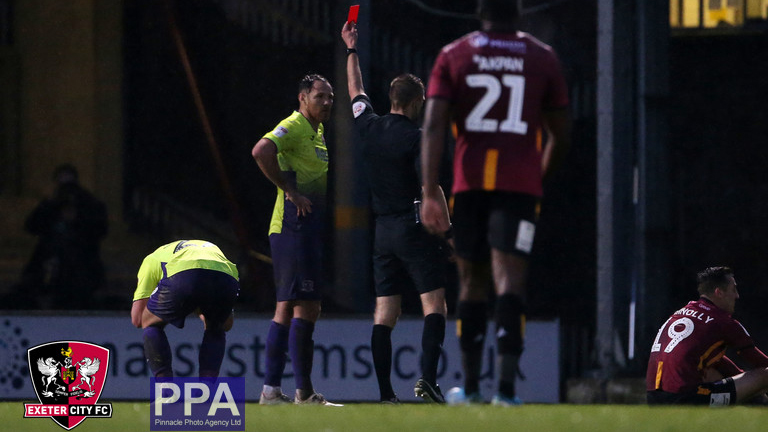 On the latest on whether Tom Parkes’ appeal for his sending off last weekend had been successful.

“It’s been rescinded”, said Matt. “We didn’t feel it was a red card, nothing we can change now but the panel has made the right decision. It was touch-and-go whether we appealed Jake’s although it looked reckless, his foot wasn’t off the floor and the environment probably made it easier for the referee. We didn’t feel we had case for that one which we can’t change but the bonus is we’ve got Tom back available.”

With captain Jake Taylor undergoing his three match ban, Matt said it is a good chance for other midfielders to come in and show what they’re made of.

He said: “Jake’s been excellent for this club for a number of seasons and consistent with his performances, and he’ll obviously miss three games now but someone will need to come in and fill that role. Our midfield coped pretty well with nine men let alone ten at stages last week so it will be interesting to see what happens this weekend. But you’re looking for performances and players performing like they can keep the shirts.”

The list of absentees also seems to be an issue given recent suspensions and injuries.

“We’ve got the best part of eight players unavailable this weekend”, said Matt. "Obviously with the four longer term injuries, Jake’s suspension and we picked up a few injuries this week. I’m not sure if the pitches are changing or the travel is beginning to take its toll but there’s been a couple muscle injuries that we haven’t had before but we’ll see the personnel we put on that team sheet on Saturday.”

Matt also added his thanks for the City faithful who will be making the long trip up for the cup tie.

He commented: “We can’t ask anymore from them, they travel around the country and it’s for us to give them something to cheer about. We played so well at Bradford but the result was what hurt at the end of the day. We know what we have to try to do and Cambridge is a long way so whether you’re setting of on Friday evening or Saturday morning, we really do appreciate it. Like I said hopefully we can put in a performance that shows our commitment, the same commitment the fans show week in, week out.” 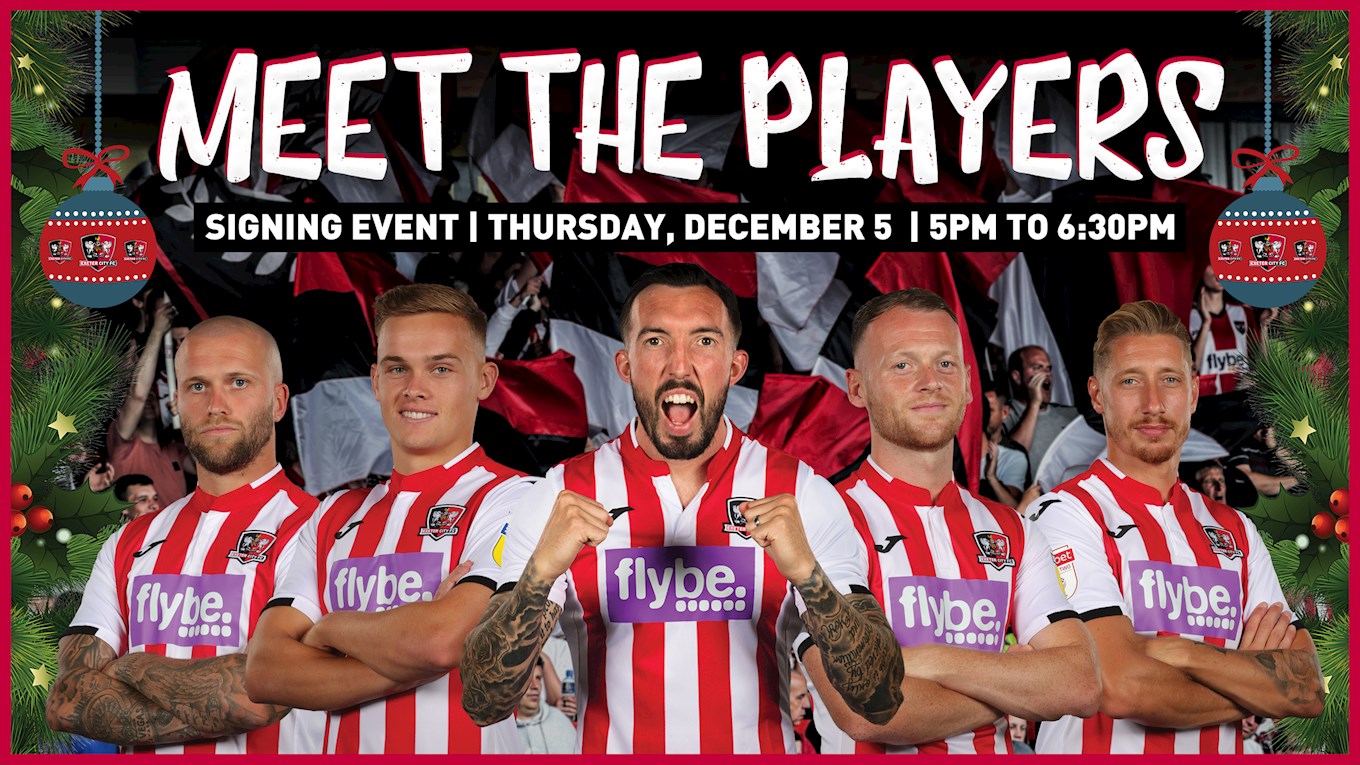 Lastly, the annual meet the player’s event will be taking place next month and the boss said it’s a great event for fans and the wider community.

“We do it every year”, said Matt. “We’ll be at the hospital that day and visit the Senior Reds that day. It’s an opportunity for interaction between players and fans, and we’re run by the fans they play such a big part, and everyone seems to be getting on pretty well at the moment. It’s events like that strengthen the bond.”