Exeter City midfielder Randell Williams has been voted both the fans' goal and player of the month for October.

Randell has been in fine form this season and at the time of writing has picked up seven assists so far, which puts him only second to Manchester City's Kevin De Bruyne for the most assists in the top four divisions in England.

The lively midfielder who can play on the wing or as a wing-back has put in a string of high energy, exciting performances in October.

The goal of the month was Randell's first for the club and it came in the Devon derby against Plymouth Argyle on Saturday, October 26 at St James Park.

The strike gave City a commanding 3-0 advantage over their local rivals and was a move of real beauty as Jake Taylor, Nicky Law and Archie Collins combined well in midfield before Archie sent the perfect ball to slide in Randell, who dinked a shot over Palmer to send the Thatchers Big Bank in to raptures. The celebration wasn't half bad either! 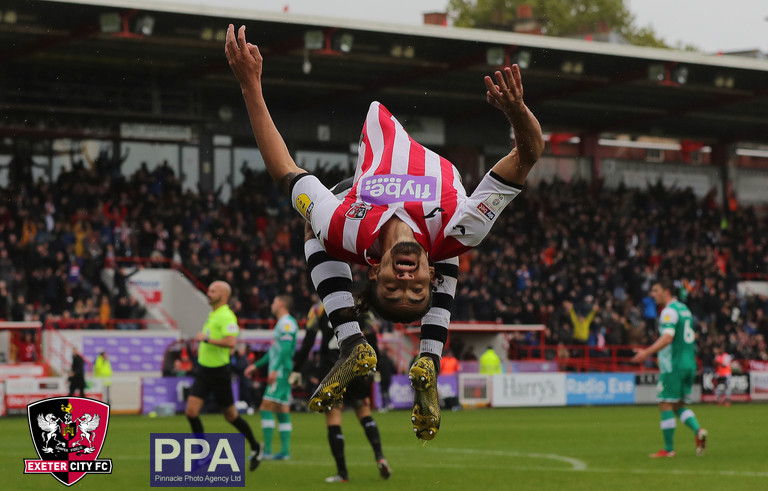 Speaking about winning the awards, Randell said: "Thanks to everyone that voted for me. I can only keep on improving and it's credit to everyone here who is helping me progress.

"It is always nice to be recognised but it is a team effort and we can only go out there and win together, you can't win individually. You can have individual moments but together we win and we lose."

Thank you to all that voted for for both awards, the winners of the tickets will be contacted directly to arrange.