Flybe and Exeter City Football Club are once again on the look-out for Devon’s unsung football heroes with the return of the Flybe Community Champion Award.

The first of three nomination windows is now open for fans from across the county to nominate their hero of 2019/20.

First launched last season, the Flybe Community Champion Award celebrates the football heroes who often go unrecognised but give up their time and energy to keep football going in communities across Devon. Whether a coach, organiser, fundraiser or one of the countless volunteers who work tirelessly behind the scenes, Exeter City and Flybe want to hear about them and recognise them.

Through the season there will be two more opportunities for fans to nominate their chosen hero, with the three nominees then invited to the End of Season Awards where the overall winner will be revealed.

The 2018/19 season crowned the first ever winner as Martin Cook won the end of season fan vote for his work with Exmouth Town. In-fact Martin is so devoted to his club that he couldn’t attend the ECFC End of Season Awards to receive his award in person because he was driving the coach for an Exmouth Town away game! 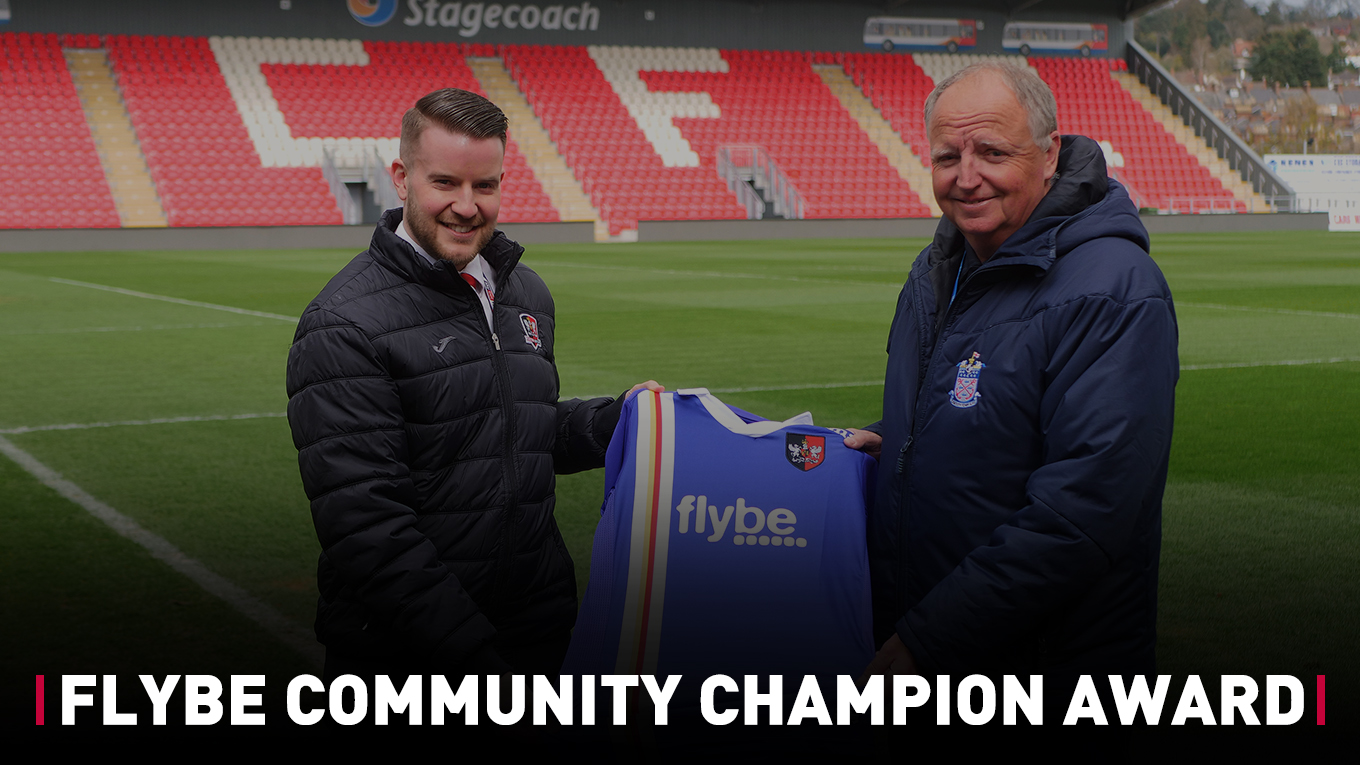 Nominations and info about the Flybe Community Champion Award can be made by clicking here from today (October 9) through to midnight on October 22, 2019. The winner of the first round will be announced during the week commencing October 28, 2019.

Roy Kinnear, Flybe Chief Commercial Officer said: “We are delighted to be starting the search for an unsung football hero once again with Exeter City. Flybe is all about connecting regional communities and football is a great example of bringing communities together. Last season there were many fantastic nominations who would have all been worthy winners, we can’t wait to see who is recognised this year.”

Exeter City Chairman, Julian Tagg added: “We are delighted to once again be able to acknowledge and reward local unsung heroes who give their spare time to support local grassroots football.

“Martin was a very worthy winner last year with his tireless efforts at Exmouth Town and I’m sure we will have even more success stories to share this year.”

Exeter City and Flybe have one of the longest running shirt sponsorships in UK football, with the Flybe name featuring on the first team’s shirt for 17 consecutive years, having first appeared during the 2003/04 season.

The winners of each round will each receive 2x return flights on a Flybe operated flight of their choice and will also be invited to the ECFC End of Season Awards where the overall winner will be crowned once again by fan vote.