Exeter City midfielder Lee Martin has been voted both your Apple Taxis' player of the month and Vospers' goal of the month for September.

Lee's strike away at Carlisle United picked up the goal of the month award. That goal came on 36 minutes when City broke through Williams and Law before the former played in Martin on the left, who curled an effort first time inside the far post to give City a deserved lead. 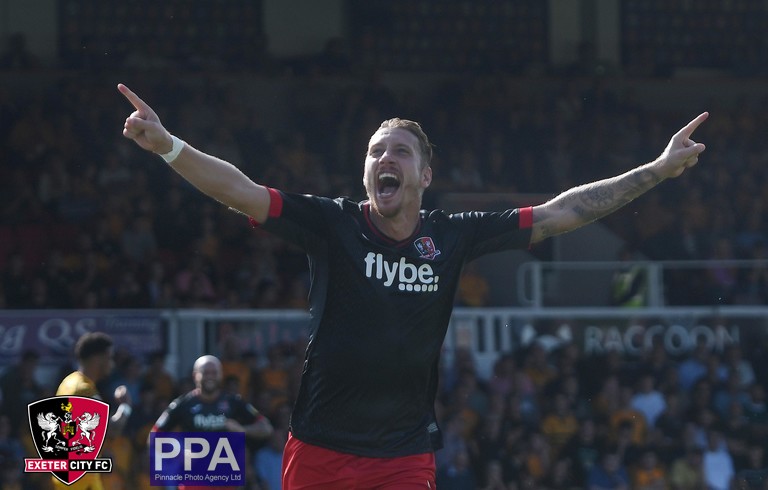 Lee picked up the award for player of the month on the back of a superb September where he found the back of the net three times, scoring against Carlisle United, Port Vale and Newport County.

"It was a great pass from Randell, if i'm honest I didn't think too much about it it was just instinct really just to get enough on it. I remember one of my coaches saying when I was younger that the earlier you hit it, it gives the keeper less chance of getting set. I was delighted it went in.

"It's a fantastic acolade for me to win player of the month and I appreciate it. I've always been one where we move on now and I do better next month!"

Thank you to everyone that voted. The winner of the pair of tickets to City's match against Forest Green Rovers thanks to Vospers is Mark Dunne who will be contacted to arrange.

The winner of the pair of tickets and travel thanks to Apple Taxis is Kayleigh Underhill who will be contacted to arrange.