Exeter City under-23 kick-off their under-23 Premier League Campaign this Thursday, October 3 against Aston Villa under-23s in a 7pm kick-off at St James Park.

The competition, now into the group stages, will see City’s under-23 team take on their counterparts from Aston Villa, Doncaster Rovers and Portsmouth, home and away over the next five months with the aim of finishing in the top two places of their group to qualify for the knockout stages. ​

Speaking ahead of the match, under-23s' coach Dan Green says the fans have a huge part to play on Thursday as Exeter City host Aston Villa in the Premier League Cup:

“We talk about getting the players first-team ready by the opposition you play, but a huge part of it is having the fans there, playing under that support and having them (the fans) push you on when a game is tough,” he said. “It is all part of the players development and I know a special part of this competition is the fact that they get to play in front of the fans at St James Park so the fans are a massive part of the development and progression of our young players.” 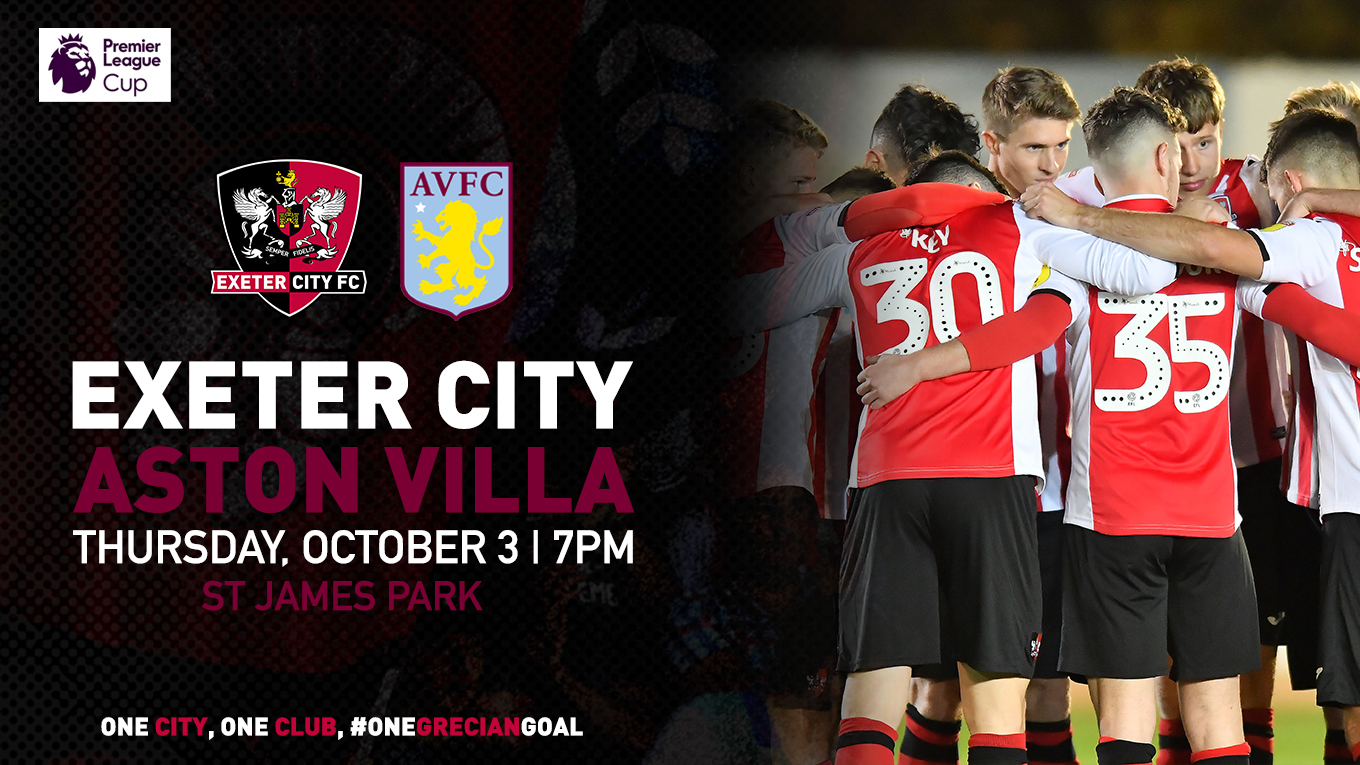 The Aston Villa Under-23s compete in Premier League 2 (division 2) of the Professional Development League and the Leasing.com Trophy for the 2019–20 season.

The side has been successful in recent years, as well as becoming national champions in the 2003/04 and 2009/10 seasons, the team also clinched four out of five Southern Championships between 2007 and 2012, before the format changed to the Professional Development League.

The side also won the NextGen series in 2013, a Europe-wide tournament for elite academies.

Interviews with Matt Taylor and a player will follow after full time, and a SJP 360 version of the match will be avaiable the following day.