It’s been a really busy time right across the club as we prepare for the new season and also as we deal with the realities of the football transfer market.

It’s always an anxious time when you are dealing with a transfer and financial aspects of really talented young players, such as Ben Chrisene, leaving the club and ensuring the club receives as much financial benefit as best as possible, despite the reality of  the EPPP regulations.

So, on this occasion, having had difficult and some unpleasant dealings with other clubs in the past, the behaviour of Aston Villa’s youth department, their senior management and lawyers, was much appreciated and felt like the way that business ought to be conducted.

It was great to look in the mirror of a big club that conducts business in the same way as we do at Exeter, and whilst there is no getting away that negotiations were not simple, the understanding shown and the realism for the talent they received was something they recognised and the club feels justly rewarded. Although it was nowhere near as much as certain tabloids would have you believe. 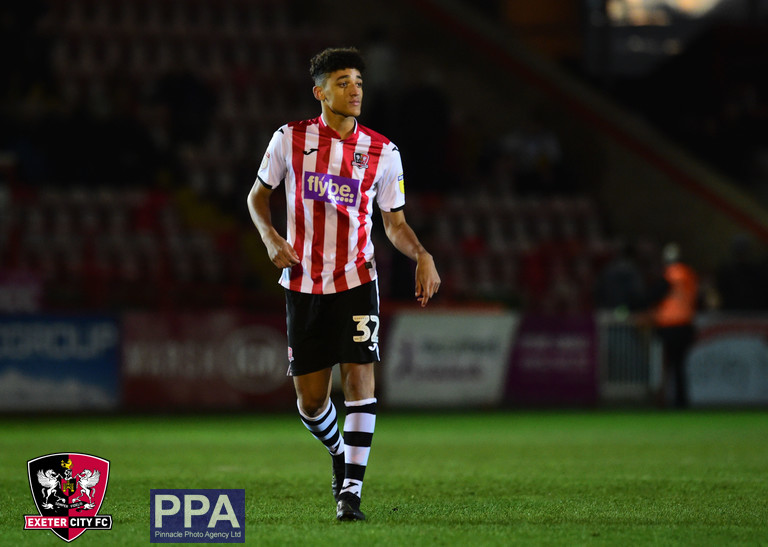 Ben Chrisene who joined Aston Villa for an undisclosed fee, which the Sun erroneously reported as £1.5m

In all these transfer situations there are four parts  - the player, his parents, his school and the club - and on this occasion everybody worked together over a long period of time to help Ben get where he is today, the Premiership. Bens parents were always extremely supportive of both him and the club, as were his school St Peter’s and hopefully we have done our bit to help him realise his dreams.

Ben was just one of the young players coming out of the Academy, and it is with real pride that we now have a squad that is more than 50 per cent home grown. The season promises to be spectacular and exciting. I have said it before and will no doubt repeat it on occasions this season that we’re also going to need to be patient and understanding, which I know the huge majority of our fans will be. I’ve heard some people say you never win anything with kids, but sooner or later, once they’ve got some games under their belts, we will.

Proudly running onto the hallowed turf of St James Park for the first match of the season will be another Ben, Ben Seymour, who will be proudly wearing the number 9 shirt which, following consultation with the Stansfield family, has been brought out of retirement. Nobody likes change, but on some occasions there is a positive, Ben, a youth player very much in the Stanno mould, will be wearing the 9 shirt with immense pride, which he recently communicated so eloquently on social media. The connection and love felt by the fans for Adam will, I have no doubt, continue in an effort to support Ben becoming the player we all know he can be.

And it’s not just star players we produce, we also create opportunities; Simon Larkins joined our media team from this very paper and, as fans will know has done an amazing job, particularly with our multi-award winning programme. Simon is now off to Norwich FC – we’re all sad to see him go and wish him all the best for the future. 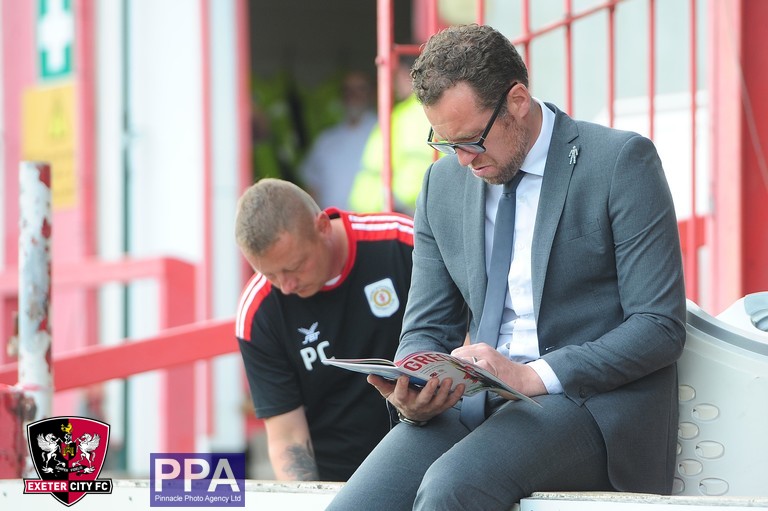 So, the fixture list has been released, and we were pleased to see Forest Green Rovers, Newport and Cheltenham, our more local derbies, all starting later in the season when we are hopeful of the return of the fans. The FGR home game falls on Boxing Day and a near capacity crowd and the Big Bank in full cry would be a dream come true for all involved. The new kid on the block, Bolton will be a new ground for our stoic away support, as no doubt will the new boys Barrow and Harrogate. Lots to look forward to, we just need you all back in the ground.

So, I’ve finally been released from quarantine…there has been considerable debate as to why I was in quarantined in the first place and many people have had a good laugh at my expense - something that’s not particularly unusual…But on this occasion having managed to find a few days relaxation in sunny Spain the BBC notification on my phone, which usually tells me about the transfer of a player, informed me that as of the next day (my return) I would be placed into quarantine by Boris. So, after 14 days isolation it’s great to be back at the Cliff, and although they were delighted to see me (I think), it didn’t match my wife’s delight at seeing me depart through the front door after 14 days together.

I should have signed up to CITY Community Trust’s new project, connecting people across the Exeter area who may have become more isolated due to the pandemic. There’s a really lovely part of the project which is linking older and younger football fans to write letters to each other – drop them a line or give them a call if you’d like to get involved. There are more details on the website here www.exetercct.org/TLT, or call 07716 279507.

The pre-season games have begun in earnest, and ticket sales went from zero to sold out for the game against Tiverton on Tuesday in no time at all. There is currently a great deal of debate going on at the EFL regarding livestreaming and the provision to season ticket holders to recognise their loyalty and support for their clubs and we should have news very soon.

And finally, it was great to see young Jon Beer, Supporters’ Trust trustee, commentating on matches for the BBC at the end of last season. And he’s already been spotted at the Cliff Hill wearing his flat cap – it looks like we’ve found Exeter City’s answer to John Motson, he’s got the hat, I wonder when the sheepskin is going to arrive