Exeter City boss Matt Taylor and England manager Gareth Southgate have joined forces to call for more respect at the grassroots level of the game.

Nationwide Building Society, partner of The FA, has pledged to ensure that one million parents and coaches engage with The FA Respect campaign over the next three years to help build a more mutually respectful society both on and off the pitch. Nationwide has signed a new three-year partnership with The FA, and will support the body’s grassroots Respect campaign.

It is committed to investing in and improving communities across the UK, and has undertaken research to show that there are ‘increasing levels of disrespect’ in the UK - something it aims to tackle. According to the research, 66% of the British public say that levels of disrespect have become unacceptable, with 71% feeling that the problem has worsened in the last two years. Meanwhile, 80% of those surveyed believe public figures are responsible for setting a good example, with 63% believing that footballers should set an example by showing respect on the pitch. 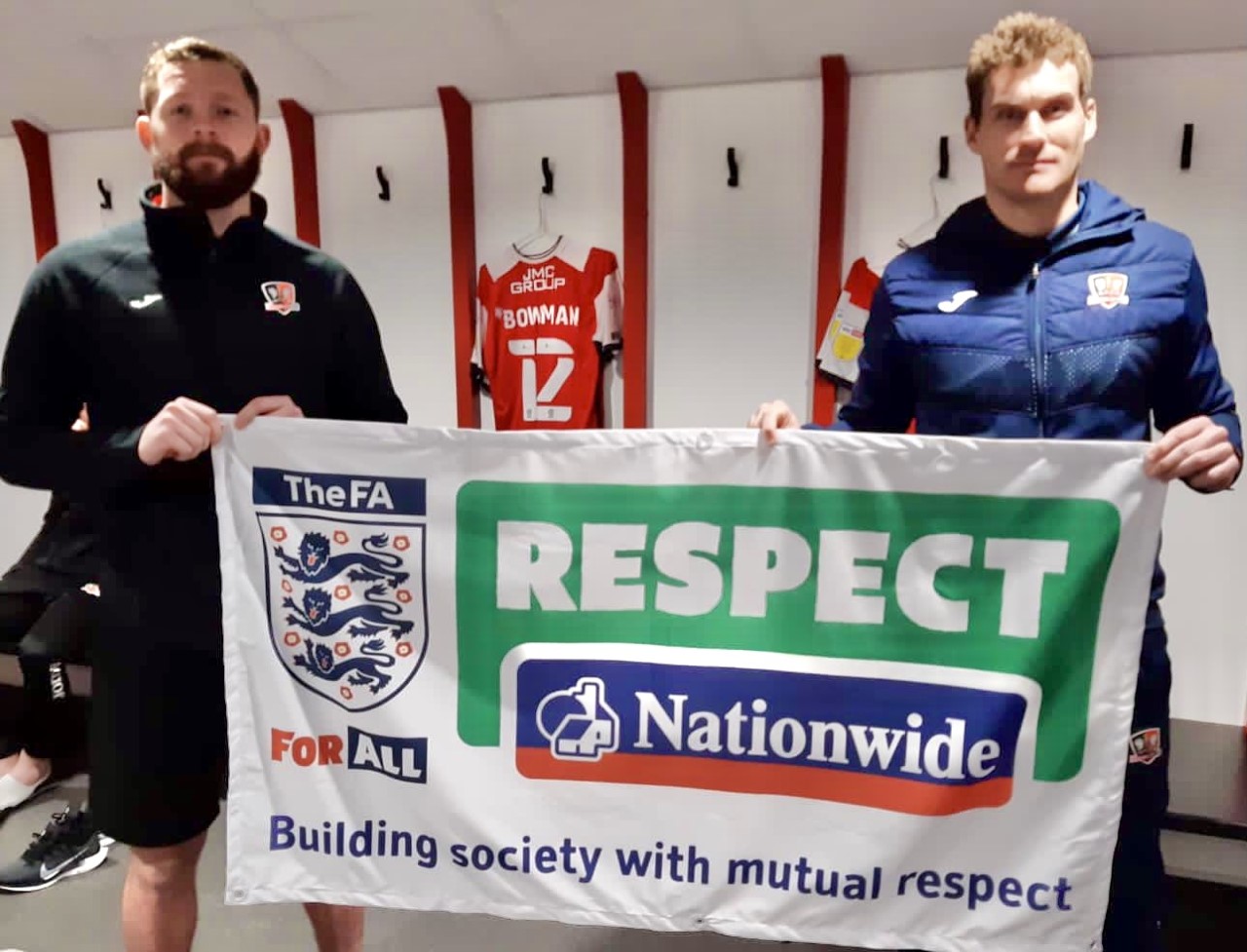 (Matt Taylor and Jonny Maxted are picture in the dressing room promoting the campaign prior to the 5-0 win over Tranmere Rovers.)

Grecians’ gaffer Taylor said: “Respect on and off the field of play, in the game and in society from everyone involved, is vitally important.

“It is fantastic to see Nationwide and The FA committing to a pledge to reach one million parents and coaches in order to engage with The FA Respect campaign over three years.

“We all know people on the side-lines at grassroots football games influence the pitch environment. Grassroots players need your support.

“Grassroots coaches and parents should actively encourage players on both teams, respect referees and their opposition’s coaches and spectators.

“These simple behaviours are proven to make football a more enjoyable and positive experience for everyone.

“Respect is how to treat everyone which will keep our game the greatest in the World."

England boss Gareth Southgate has also helped the Nationwide Building Society’s drive for mutual respect in society by advocating the ‘Power of Positivity’.

Watch below as Gareth gets involved in the difference between positive and negative coaching and how it can have a massive impact on our players, the environment and the game.

The Power of Positivity – Nationwide & The FA’s Respect Campaign:

Southgate made his Pledge of Positivity to “be a positive supporter and create an environment where everyone can enjoy football. I will support all players involved and respect referees, coaches and other spectators.”

Respect codes of conduct are in place to ensure that everyone involved within an FA Charter Standard club or league is playing their part to give the players a positive experience.

Nationwide has pledged to make one million parents and coaches aware of this campaign and the need for mutual respect. Recent extensive research into football from U7s–U18s highlighted that 9 out of 10 children say they play better with positive encouragement. Research also highlights, negative connotations have a negative experience on a child football experience.

For more information on The FA Respect Campaign, visit: https://www.thefa.com/get-involved/respect