Exeter City face a huge game on Tuesday night as they faced Portsmouth in the Leasing.com Trophy semi-final for a place at the Wembley showpiece.

Here's what you need to know ahead of Tuesday's south coast clash...

The history of Portsmouth FC dates back to 1898 when the club was formed at 12 High Street in the city, with John Brickwood as chairman. The land at Milton was turned into the club’s first ground a year later and Frank Brettell was announced as the club’s first manager after leaving St Domingo (now Everton). Their first competitive match took place at Chatham Town in September 1899, with Pompey winning 1-0.

Throughout their early years, the club consistently finished well in the Western, and then Southern, Leagues but were relegated for the first time in 1911. Pompey hold the record for retaining the FA Cup for the longest time, having won the competition in 1938 after beating Wolves 4-1 at Wembley. With the break out of the Second World War, the club held on to the trophy for seven years until. The club regularly moved the trophy around the city during the war for its safety and protection. They won the First Division for the first time in 1948, retaining the title the following season.

In modern times, Portsmouth have been blighted by financial problems which began after reaching the Premier League for the first time in 2003 under Harry Redknapp. After consistent mid table finishes throughout their early Premiership days, the club lifted the FA Cup for the second time in 2008, defeating Cardiff 1-0 thanks to Nwankwo Kanu’s goal, and would play in Europe the following season. Their UEFA Cup campaign would see them famously draw 2-2 with AC Milan in a group that also consisted of Braga, Wolfsburg and Heerenveen.

Financial problems came to a head in 2009-10 when the club were forced to sell their best players, including Peter Crouch and Niko Kranjcar. The club were placed under a transfer embargo and it was revealed the debts amassed amounted to over £135 million. They were placed into administration and after years of problems, eventually spiraled down to League Two in 2013. After being bought by supporters, the club confirmed in 2014 they were debt free after paying back all creditors and after two seasons in the fourth tier found themselves back in League One.

They lifted the EFL Trophy last season, beating Sunderland on penalties after a 2-2 draw at Wembley. In their current campaign they set a new club record after winning nine consecutive matches for the first time as a Football League club.

Former Watford one-club man Kenny Jackett is now at the helm at Fratton Park, having taken over the club in 2017. The ex-Wales international began his managerial career where he ended his playing career, before leaving Vicarage Road in 1997 and taking a seven year coaching hiatus. 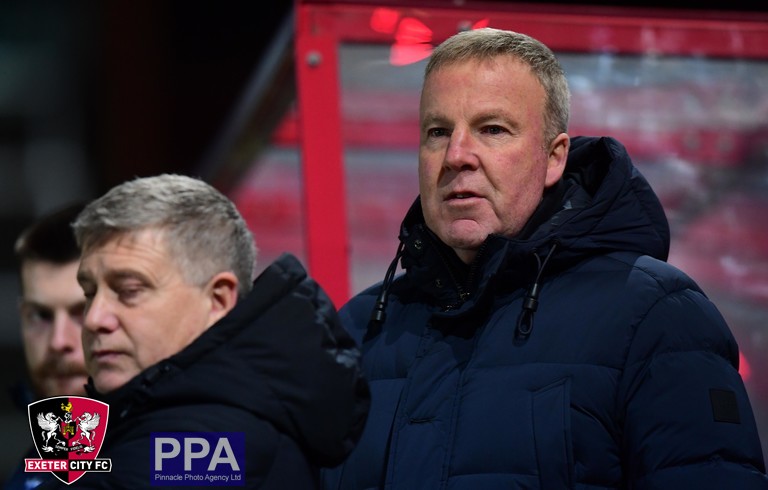 In 2004 he returned to take charge at Swansea before six year in charge at Millwall, where he masterminded their return to the Championship and led them to the FA Cup semi-finals. He then took the challenge at Wolves, guiding them back to the Championship as well. He resigned as Rotherham manager after just five matches, before joining Pompey in June 2017. So far he has won the EFL Trophy with the Hampshire club.

Portsmouth have played at Fratton Park since they were formed in 1898, and it remains one of the most characterful stadiums in the country.

The main stand was designed by well known football architect Archibald Leitchm and was described as an "Ornate Pavillion complete with Clocktower" which is similar to Fulham's Craven Cottage.

The Fratton End was opened in 1997 and is the most modern of the stands in the stadium, as well as the tallest. The seats have the outline of Jimmy Dickinson, the player with most appearances for the club. The North and South Stands are both two tiered, while the Milton End, which will host our fans next week, was once the only roofless stand in the Premier League.

Pompey’s top scorer this season is Ronan Curtis, who has 13 league goals. The winger, who also operates up front, joined the club from Derry City in May 2018 after a move to Swedish side Östersunds fell through and made his debut in August of that year against Luton.

The Irishman scored his first two goals for the club the following week against Blackpool and has so far scored 22 times in just over 70 appearances for the club.

David Wheeler was on target for the Grecians as they picked up their second win at Fratton Park in as many seasons.

Gary Roberts’ penalty in the 85th minute was the difference as Pompey took three points back to Hampshire.

Ollie Watkins rescued a point for City in stoppage time after Conor Chaplin put Pompey ahead in the first half.